Canadian Association for Equality: David Shackleton is a thinker and writer on gender and socio-psychology, and a student of human potential. His book, "The Hand That Rocks the World" is an inquiry into the psychological roots of political correctness and a passionate appeal for an identity politics based on vision and collaboration rather than grievance and accusation. He is branch director of CAFE Ottawa, chair of the board of CCMF-Ottawa, and a member of the CAFE board of directors.

The Week In Pictures - William Banzai7

Rape is an accusation easily to be made and hard to be proved, and harder to be defended by the party accused, tho never so innocent. 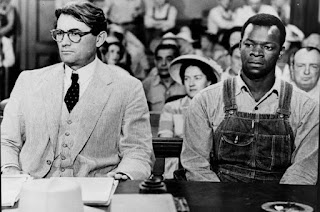 By Jordan Holbrook: I think this article should serve as a nice finale to my little ‘series’ or what-have-you that I have written recently on sexual behaviours and sex differences in sexual interactions & encounters. In my two previous posts, published over the past week or so, I discussed the sex differences in misprediction bias & estimation of sexual intention and I reviewed sex differences in desired outcomes of hook-ups which included evidence that showed how Tinder users still subscribe to the same primitive mating strategies.
All this research shows the thinking and behaviours of people before sexual encounters, showing what it is both sexes want and look for. This information was used to understand how miscommunication between the sexes can occur. Now, I wish to explore afterwards. What happens after a sexual encounter when a ‘faux pas’ or even an assault or a rape is alleged? Can we measure if there is any underestimation or misrepresentation? Can we figure out who is right and who is wrong? If so, how? 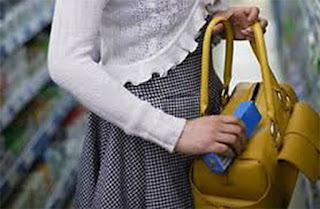 By Mike Buchanan, J4MB: Nottinghamshire is, infamously, the county in which misogyny (but not misandry) is considered a hate crime. A piece in yesterday’s Times starts with this:

Shoplifting incidents will no longer prompt a visit from an officer as funding cuts force police to prioritise other crimes, an elected police chief has said.
Shop owners in Nottinghamshire have reacted with outrage after the police and crime commissioner (PCC) said that the force would have to stop sending officers to investigate incidents of thefts from shops to prioritise more serious crimes such as sex attacks. [J4MB emphasis]
The proposals come despite 8,786 shoplifting offences being reported to the force between June 2016 and June this year. Paddy Tipping, the elected PCC, said the force was preparing to make £16 million of savings over the next two years. “We will do our best with the resources we have got. Is shoplifting as important as investigating a serious sexual assault? It is not,” he said.

Read more »
Posted by Angelo Agathangelou at 1:48 pm No comments: Links to this post

Private Contractors Are Doing All Of America's Dirty Work 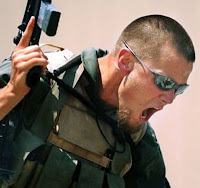 By Valery Kulikov: It is no secret that the last couple decades saw an abrupt increase in the number of private military companies or private security contractors (the so-called PMCs), the overall budgets of some of which can easily surpass the military budgets of certain sovereign states.
The turning point in the creation of those companies occurred in 1995 during the military operations conducted by the Armed Forces of Croatia, Bosnia and Herzegovina against the Serbian troops, when the right to carry on hostilities was outsourced by a number of security contractor firms.
There can be no second opinion about Washington's being the most adept at employing the PMC concept, since with the number of wars the US has been waging against other states, the Pentagon needs spare hands to do the dirty work so that Washington's official losses are kept to a minimum.
American intelligence agencies were quick to comprehend in the mid-90s that they would need a lot of private contractors if they were to carry on their dubious operations across the globe over the next couple decades. Therefore, the Pentagon started motivating various companies to outsource a wide range of military tasks. As a result, over the last decade alone the US military department has signed more than 3 thousand contracts with PMCs.

Expect Desperate And Insane Behavior From Governments In 2018 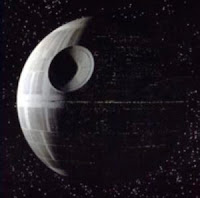 By Michael Krieger: As we head into 2018, I believe governments around the world will become increasingly insecure about their positions of power and control, which will result in increased paranoia about whether or not they have the consent of the governed.
Being a global empire in decline, the U.S. power structure has the most to lose, making it particularly vulnerable to such panic. I suspect forces within the U.S. government are likely to engage in various attempts to reestablish authority via desperate and authoritarian moves as 2018 unfolds. I don’t say this to spread fear; rather, I think such moves will result in considerable pushback from the population at large, particularly from younger generations who are intimately aware of how spectacularly the status quo has failed them. Panic and desperation from those in control shouldn’t be feared, it should be expected and contemplated ahead of time. That’s why I’m writing this series. I want as many people as possible to start thinking about this now so we aren’t caught off guard.

Read more »
Posted by Angelo Agathangelou at 7:57 am No comments: Links to this post

Max and Stacy discuss the gold fund joining the bitcoin frenzy now that gold bugs understand, “Bitcoin is paving the way for the reintroduction of gold as global money.” Then Max interviews Jameson Lopp about the latest with bitcoin markets.
Posted by Angelo Agathangelou at 5:51 am No comments: Links to this post 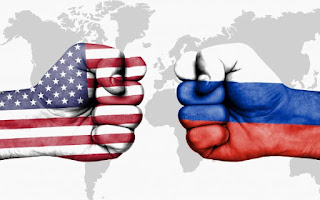 The Saker: I am often asked if the US and Russia will go to war with each other. I always reply that they are already at war. Not a war like WWII, but a war nonetheless. This war is, at least for the time being, roughly 80% informational, 15% economic and 5% kinetic.
In political terms the outcome for the loser of this war will be no less dramatic than the outcome of WWII was for Germany: the losing country will not survive it, at least not in its present shape: either Russia will become a US colony again or the AngloZionist Empire will collapse.
In my very first column for the Unz Review entitled “A Tale of Two World Orders” I described the kind of multipolar international system regulated by the rule of law that Russia, China and their allies and friends worldwide (whether overt or covert) are trying to build and how dramatically different it was from the single World Hegemony that the AngloZionists have attempted to establish (and almost successfully imposed upon our suffering planet!).

Life Without Water In Gaza - Thanks To Inhuman Zionist Jews

The Electronic Intifada: “We live in an area where there is no water,” says Ibrahim al-Majaida, a resident of al-Mawasi, an agricultural area near Khan Younis in the southern Israeli-occupied Gaza Strip.
The average Palestinian family in Gaza receives running water only four to six hours, every three to five days, due to chronic electricity shortages resulting from Israel’s decade-long siege.
This forces many to buy water from expensive and unregulated private sources.
“We travel two kilometers to bring water to our homes,” al-Majaida says.
More than 96 percent of Gaza’s water supply is unsafe for drinking.