Syria - ISIS Is Defeated - The U.S. Is Next In Line

Is the US really a superpower or just the biggest collection of stupidity on the planet?

By Dr Paul Craig Roberts: Washington has already lost the Syrian war once. Now it is about to lose it a second time.
A few days ago the president of Russia, Vladimir Putin, declared a “complete victory” in Syria:
“Two hours ago, the (Russian) defense minister reported to me that the operations on the eastern and western banks of the Euphrates have been completed with the total rout of the terrorists.”
The Iranian commander of the forces which support the Syrian and Iraqi governments sent a note to the U.S. to let Washington know that any remaining U.S. forces in Syria will be fought down:
“The commander of the Iranian Revolutionary Guards Corp Brigadier General Haj Qassem Soleimani sent a verbal letter, via Russia, to the head of the US forces commander in Syria, advising him to pull out all US forces to the last soldier ‘or the doors of hell will open up.'”
“My message to the US military command: when the battle against ISIS (the Islamic State group) will end, no American soldier will be tolerated in Syria. I advise you to leave by your own will or you will be forced to it.” http://www.informationclearinghouse.info/48387.htm
According to reports, Russia has confirmed that Iran will stay in Syria as long as Syrian President Assad, who insists on liberating all of Syria without exception for the Americans, decides. Washington’s plan to occupy a corner of Syria and revive ISIS is dead in the water, as will be all US troops sacrificed to this purpose.

Read more »
Posted by Angelo Agathangelou at 10:32 pm No comments: Links to this post 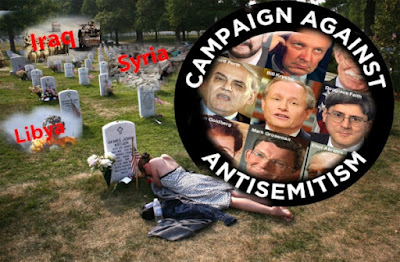 By Gilad Atzmon: Neo-Con-Artists [Neocons] are people who wage global wars against Semites in the name of Coca Cola...

Read more »
Posted by Angelo Agathangelou at 7:46 pm No comments: Links to this post

Immiseration Of Erection Labour Only Intensified In Late Capitalism 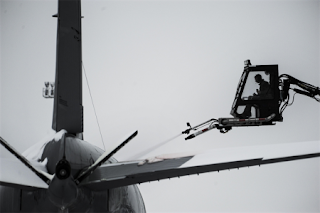 By Author Douglas Galbi: Throughout history, men have commonly paid women for sex. At the same time, men’s erection labor has been progressively alienated from them and turned into a means by which the gynocentric substructure disciplines and punishes. A momentous stage in this historical process occurred in the Industrial Revolution of late eighteenth-century England. As men were made subject to factory discipline, their sexual activity was also more strictly regulated. Men’s erection labor was immiserated to an extent surpassed only now under the sexual Stalinism of late capitalism.
In England about 1800, population growth was roughly double that early in the eighteenth century. An increase in fertility predominately drove the increase in population growth.[1] Assuming health, economic welfare, and child-limitation practices didn’t change to increase fertility, the increase in fertility must have been driven by an increase in heteronormative sexual activity.
This hypothesized increase in sexual activity across eighteenth-century England occurred in conjunction with the rise of disciplined labor within factors. An influential scholar has suggested that these developments are connected: 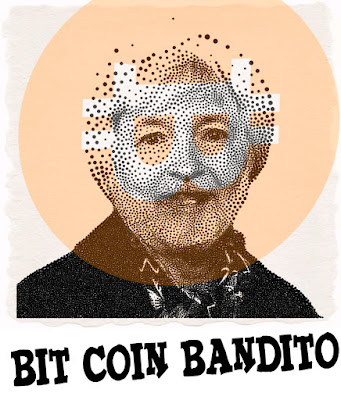 The Fourth International Conference On Men’s Issues Is ON

By Mike Buchanan, J4MB: Following the completion of contract negotiations with a London venue, we’re delighted to announce that the fourth International Conference on Men’s Issues (ICMI18) will be held in London over July 20-22, the long weekend after the weekend in which the World Cup final will be played. The venue is of a similar quality to the one where ICMI16 was held, a venue which received universal praise from conference attendees. Following the experience with Birmingham City FC, we shall be keeping the venue confidential, revealing it to ticket holders only, shortly before the event.
Many of the people who’ve paid £22.00 deposits towards their ICMI18 tickets were at ICMI16, and they tell us that as well as enjoying the talks, much of the pleasure they derived from the conference related to socialising with like-minded people over the three days, especially in the evenings.
Paul Elam will be the keynote speaker, with a talk titled, ‘The Men’s Movement – Past, present, and future’. The speaker list is here.

In A Triumph For Feminism Police Say A Mistletoe Kiss Without Consent Is Rape, ...If You Have A Penis

By Dr Paul Craig Roberts: Criminalizing a bit of Christmas fun has to make you wonder. Is there any aspect of our life left into which the police state does not intrude? Parents are regulated as to how they discipline their children. Spankings that were the tool of choice in my day are now illegal. Spanking is considered child abuse and can result in state seizure of the child and prosecution of the parent.
The state prescribes the terms on which children can be transported in cars. The cars themselves can only be designed within safety and fuel economy parameters determined by the state. 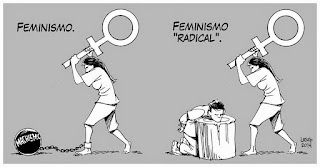 The unsupervised children at play of my generation no longer exist outside of small towns. Not that long ago I reported on the arrest of a mother on the grounds that she permited an underage kid to play unsupervised in the front yard of the home on a cul-de-sac. The arrest was made on the false report of a neighbor. The police seized the opportunity to arrest a mother on the basis of “failure to supervise an underage child.” The family was traumatized. The mother was put in jail, the child in Child Protective Custody, and the father rushed home from work to see if he could rescue his family from the intrusion of the American Police State. It has happened to many, and Americans sit there sucking their thumbs, hoping the lion will choose another antelope. 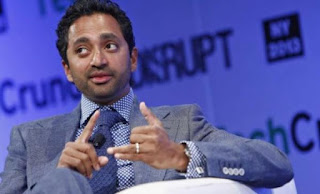 By Tyler Durden: In the most ironic story of the day, and perhaps of 2017, a former Facebook executive whose job it was to literally get the world hooked on the "internet crack" that is social media, is now calling on people to take a "hard break" from a service which he believes is "ripping apart the social fabric of how society works."  Speaking to a group of students at the Stanford Graduate School of Business, Chamath Palihapitiya, who joined Facebook in 2007 and became its vice president for user growth, said that he feels "tremendous guilt" for his role in building the social media giant and warned  that "if you feed the beast, that beast will destroy you..." (you can view the relevant portion of the interview here).

"I think we have created tools that are ripping apart the social fabric of how society works. That is truly where we are." 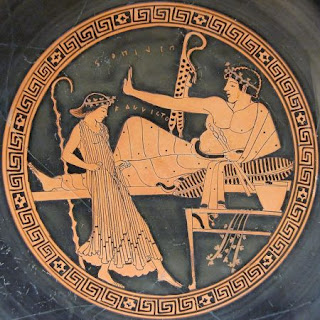 By Author Douglas Galbi: Throughout history, women commonly have been socially more powerful than men. In addition, men’s sexuality typically has been devalued. Men today with good reason are extremely wary of expressing sexual interest in women. Even elite men in Baghdad in the early Abbasid caliphate were cautious in engaging with singing slave girls professionally associated with sexual affairs.
The trade slogans of the singing slave girls indicate men’s reticence and the social devaluation of men’s sexuality. Market prices aggregate a huge amount of information into a simple scalar indicator. Trade slogans of singing slave girls functioned similarly with respect to sexual relations for the elite in the early Abbasid caliphate. The girls advertised these trade slogans on their headbands, veils, brocades, bonnets, and foreheads as they performed publicly. Their trade slogans encouraged men to persevere in seeking relations with them:

Read more »
Posted by Angelo Agathangelou at 5:42 am No comments: Links to this post

NHS Gender Survey Is Given To Ten-Year-Olds

By Mike Buchanan: So much of the NHS is in crisis today, for reasons we understand only too well, yet taxpayers’ money is available for ideologically-driven child abuse. In today’s Times:

Health officials are asking children aged ten whether they are “comfortable in their gender” as part of survey being conducted in schools.
The NHS questionnaire given to Year 6 pupils asks: “Do you feel the same inside as the gender you were born with? (feeling male or female)”.
They are also asked to tick a box to confirm their gender, with the options boy, girl and other, according to The Daily Telegraph.
The questionnaire was sent to schools across Lancashire by the NHS foundation trust in the county. Parents have been told that it would help healthcare workers and teachers to develop “better ways to understand and support” children who may be struggling with their identity.
Critics warned that the form was intrusive and could confuse children. Tim Loughton, the former Conservative children’s minister, said that the move was unsettling for children. “At a time when children are growing up and having to deal with all sorts of challenges of the modern world, now they are being asked to confront their gender,” he said.

By Marguerite Dabaie: Assuming Boycott is a collection of essays derived from papers and seminars by a number of writers, scholars and artists who advocate using cultural boycotts as a tool for change. All the authors have either partaken in or lived through such boycotts.
The book is divided into four chapters. The first contains essays that critically analyze the cultural boycott of apartheid South Africa. This is followed by a chapter on the Palestinian-led boycott, divestment and sanctions (BDS) movement. 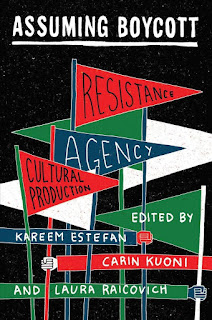 The third chapter questions the power dynamics behind boycott movements by positing whether inequalities in the movements determine who speaks for whom. The final chapter examines boycotts through distance – “geographical, political, cultural, even temporal distance.”
Altogether, Assuming Boycott covers the steps that were taken to initiate boycotts, the reasons behind them and their effects, good and bad.
As the title of the book suggests, the collection begins with the assumption, as per the introduction by one of the book’s editors, Kareem Estefan, that “art does not transcend the political conditions under which it is exhibited, and that artists are increasingly assuming the agency to demand that their art be shown and circulated in accordance with their ethics and solidarities.”