Goys Will Be Goys

DoctorRandomercam:
Posted by Angelo Agathangelou at 10:21 pm No comments: Links to this post

The Insidious Nature Of Reverse Sexism 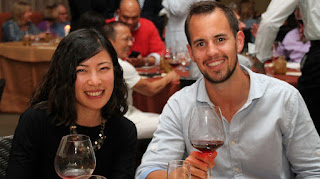 By Gerald Schoenewolf, Ph.D.: My wife and I traveled with another couple to Amish Country in Pennsylvania.  It was during that trip that an instance of reverse sexism occurred.
The other couple was a white male and an Asian female.  The Asian female, having been raised in China to be pleasing and understanding to her man, appeared outwardly to be submissive.  The man appeared outwardly to be dominant.  At one point they were taking pictures of each other in front of an Amish buggy.  They had only taken three or four pictures when a tall white woman strode up behind the man, tapped him on the shoulder, and said, in a rather nasty and condescending tone, “Excuse me, we’d like to take some photographs if you don’t mind.”
My friend, who was raised to yield to others (having been the youngest in his family), stepped aside and allowed the woman and her husband to take photographs.  Only later, when we were all sitting having lunch, did he realize how angry he was at the woman who interrupted him.  “Why was she being so pushy and nasty?” he wondered.  “Why couldn’t she just wait her turn?”
I agreed and told him that I had noticed her and her husband watching.  “She seemed angry even before she interrupted you, as if she was offended by you.”

By Tyler Durden: Years late to the party, mainstream media outlets like USA Today, Reuters, and Buzzfeed are just out with "breaking" and "exclusive" stories detailing how a vast arsenal of weapons sent to Syria by the CIA in cooperation with US allies fuelled the rapid growth of ISIS. Buzzfeed's story entitled, Blowback: ISIS Got A Powerful Missile The CIA Secretly Bought In Bulgaria, begins by referencing "a new report on how ISIS built its arsenal highlights how the US purchased munitions, intended for Syrian rebels, that ended up in the hands of the terrorist group." 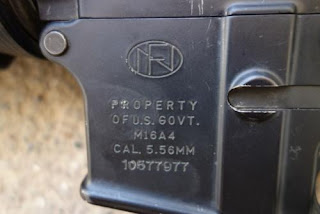 Image source: Conflict Armament Research
The original study that Buzzfeed and other media are referencing comes from a UK-based independent weapons research organization called Conflict Armament Research (CAR) which has had a team of weapons and munitions experts on the ground in the Middle East for years examining arms and equipment recovered from ISIS and other terrorist groups in Iraq and Syria. 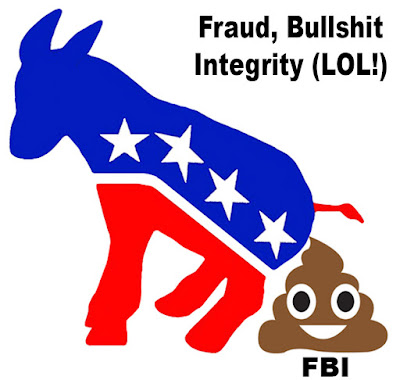 Morrell
Posted by Angelo Agathangelou at 11:11 am No comments: Links to this post

Being Attracted To Women Is Rape Culture!

Bearing:
Read more »
Posted by Angelo Agathangelou at 9:27 am No comments: Links to this post

Yes, Net Neutrality Is Being Stolen From Us in a Fucked Up, Undemocratic Heist
This is a looting by telecom monopolists and an FCC commissioner
who has shown no interest in engaging with the people.
By Jason Koebler: These are the facts: Millions of Americans have asked the Federal Communications Commission to keep its current net neutrality regulations, which protect the free and open internet. These regulations were enacted as a result of decades of hearings, meetings, and legal battles. They have broad bipartisan public support. The current regulations have been upheld in court. They have not decreased investment in broadband, according to broadband companies themselves. And they are about to be dismantled.

FCC Chairman Ajit Pai has called those fighting to protect the open internet “hyperbolic” and “desperate.” He reads “mean tweets” to create viral hate clicks for conservative publications, jokes about being an industry shill at the “Telecom Prom,” and says Hollywood celebrities are the reason everyone is so riled up. His public pitch for repealing the regulations—to the extent that there is one at all—often boils down to suggesting that people who want the regulations to remain in place are hysterical or are overblowing the situation.
But you’re not hysterical: This is an undemocratic looting by telecom monopolists and an FCC commissioner who has shown no interest in engaging with the people of this country, let alone serving their best interests.

Max and Stacy discuss the three bitcoin pizza masterpiece and poverty in America. In the second half, Max interviews Steve Marshall of Cuba Ventures about his new crypto solution for Cuban tourist trade - Revolupay!
Posted by Angelo Agathangelou at 12:07 am No comments: Links to this post