Men Are Groupies And Women Are Celebrities

Lamar Campbell
Posted by Angelo Agathangelou at 11:04 pm No comments: Links to this post 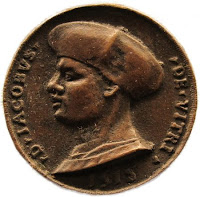 By Author Douglas Galbi: In early thirteenth-century Europe, church leader Jacques de Vitry recognized the harm that castration culture was inflicting. Castration culture has roots in gynocentric society and Hesiod’s influential Theogony. It’s entangled within the intimate, mundane relations of ordinary women. Nonetheless, consistent with social bias toward blaming and punishing men, Jacques de Vitry blamed men for castration culture.
In medieval Europe, priests were understood to be figures of Christ married to the church, the bride of Christ. This figure required ordinary Christian men to understand themselves to be part of the “female” church. The female gender of the church tended to support gynocentrism and devalue masculinity. However, Paul of Tarsus, with heroic commitment to Jesus, unequivocally turned against husband’s subordination to their wives in the dominant Roman culture. He taught: 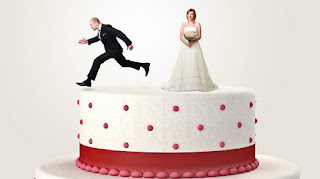 By Peter Wright: While it may seem like the property of modern MRAs and MGTOW, the burning question of whether men should marry, or more to the point, not marry, is centuries old. That men are rejecting marriage in increasing numbers is well documented, however cynicism about the virtues of marriage is nothing new.
In the premodern period there appeared a movement called the Querelle des Femmes or quarrel about women, which approximates to the current debate between feminists and antifeminists. The centuries-long querelle revolved around discussion of the rights, power and status of women. At its extremes the debate showcased hatred of women on the one hand, and extreme adoration or love of women on the other.
In its broader sense, the querelle encompasses all writing in which the relative merits of the sexes are discussed to ultimately draw gynocentric conclusions. If we consider the longevity of this revolution we can say that today’s feminism is the tail end of a longer advocacy machine for women.
The timeframe of the querelle begins in the twelfth century, and after 800 years of debate finds itself perpetuated in the feminist-driven reiterations of today (though some authors claim, unconvincingly, that the querelle came to an end in the 1700s).

By Paul Buchheit: America’s super-rich are taking not only from their own nation, but also from the rest of the world. Data from the 2017 Global Wealth Databook (GWD: Table 2-4) and various war reports help to explain why we’re alienating people outside our borders.
From 2012 to 2017, global wealth increased by $37.7 trillion, and U.S. wealth increased by $26 trillion. Thus, largely because of a surging stock market, our nation took nearly 70 percent of the entire global wealth gain over the past five years. Based on their dominant share of U.S. wealth, America’s richest 10% — much less than 1% of the world’s adult population — took over HALF the world’s wealth gain in the past five years. 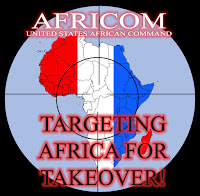 Wealth in the Volatile Middle East Has DECLINED at the Same Time.
It’s not surprising that young men in the Middle East and Africa would harbor resentment against a country that takes the great majority of the wealth — especially considering that the most troubled areas of the world have collectively LOST WEALTH between 2012 and 2017. That’s both average wealth AND median wealth.
Although the GWD has limited data about individual nations in the Middle East and Africa, some is available. Median wealth has PLUMMETED in Syria and Iran and Yemen. It has gone down by almost half in all of Africa. Wealth levels are crashing in the areas of the world where we wage war.
Read more »
Posted by Angelo Agathangelou at 1:34 pm No comments: Links to this post

johntheother:
Posted by Angelo Agathangelou at 11:42 am No comments: Links to this post 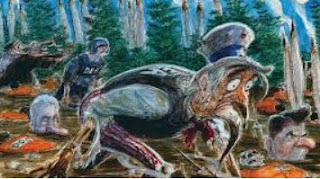 By Andrew J. Bacevich: What makes a Harvey Weinstein moment? The now-disgraced Hollywood mogul is hardly the first powerful man to stand accused of having abused women. The Harveys who preceded Harvey himself are legion, their prominence matching or exceeding his own and the misdeeds with which they were charged at least as reprehensible.
In the relatively recent past, a roster of prominent offenders would include Bill Clinton, Bill Cosby, Roger Ailes, Bill O’Reilly, and, of course, Donald Trump. Throw in various jocks, maestros, senior military officers, members of the professoriate and you end up with quite a list. Yet in virtually all such cases, the alleged transgressions were treated as instances of individual misconduct, egregious perhaps but possessing at best transitory political resonance.
All that, though, was pre-Harvey. As far as male sexual hijinks are concerned, we might compare Weinstein’s epic fall from grace to the stock market crash of 1929: one week it’s the anything-goes Roaring Twenties, the next we’re smack dab in a Great Depression.
How profound is the change? Up here in Massachusetts where I live, we’ve spent the past year marking John F. Kennedy’s 100th birthday. If Kennedy were still around to join in the festivities, it would be as a Class A sex offender.
Read more »
Posted by Angelo Agathangelou at 9:00 am No comments: Links to this post

'I am inspired by Athens,
Watzal obviously belongs in Jerusalem.' 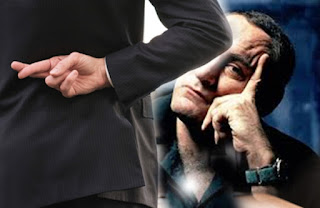 By Gilad Atzmon: For the last few days, a few agents within our ranks together with the entire German Zionist media have waged a vile defamation campaign against me in a desperate attempt to portray me as an ‘anti-Semite’ and a ‘holocaust denier.’ The Die Welt and similar outlets made no attempt to substantiate their claims. The German news outlets didn’t even attempt to actually refer to my work. Two nights ago in Berlin, at the NRhZ humanitarian award ceremony, I delivered a public statement that addressed these insane accusations. My videoed statement is due to appear shortly. I intend to take all necessary measures to combat this fake news Blitz Krieg.
Since Ludwig Watzal, a supposed ‘Palestinian supporter,’ claims to have found the ‘evidence’ of my ‘anti-Semitism,’ let’s spend a few minutes digging into Watzal’s duplicity.
Here  is what is alleged to be a  ‘quote’  from my 2011 book, ”The Wandering Who?": ‘If Iran and Israel Fought a Nuclear War some may be enough to argue that 'Hitler might have been right after all’ (179 ).
My writing has been crudely doctored to portray me as a Hitler supporter.

Read more »
Posted by Angelo Agathangelou at 7:46 am No comments: Links to this post

Jason Liosatos: My talk with Michael Tellinger Founder of The Ubuntu Liberation Movement and https://www.ubuntuplanet.org/ Michael's very inspiring work, and his words, remind us that liberation and freedom is not only possible but happening now on the planet, helped by a massive shift in human consciousness, and a re establishing of our true power, our empathy, ethics, morals and love.
Posted by Angelo Agathangelou at 2:29 am No comments: Links to this post

Pigs Fly As Pentagon Gets Audited

Corbett:
Read more »
Posted by Angelo Agathangelou at 12:11 am No comments: Links to this post