Daily Telegraph claims US neo-con-artists engaging in advanced planning for military strike against North Korea
By Alexander Mercouris: An article in the British newspaper the Daily Telegraph is reporting that the US is now very close to deciding on a list of options for military strikes against North Korea.
The Daily Telegraph claims that its article is based on inside information provided to it by officials of the US and British governments ………this newspaper talked to around a dozen current and former officials in America and Britain about policy towards North Korea.   The conversations show that the Trump administration is more willing to consider military options to end the conflict than widely assumed. 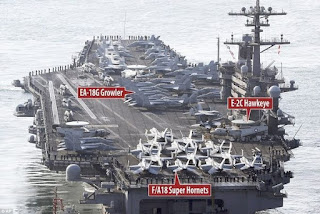 The Daily Telegraph outlines some of the options which are being discussed.
The White House has “dramatically” stepped up preparation for a military solution in recent months amid fears diplomacy is not working, well-placed sources said.
One option is destroying a launch site before it is used by the regime for a new missile test. Stockpiles of weapons could also be targeted.
The hope is that military force would show Kim Jong-un that America is “serious” about stopping further nuclear development and trigger negotiations.
Three sources – two former US officials familiar with current thinking and a third figure in the administration – confirmed military options were being worked up.

Should We Execute Women Who Delayed Their #MeToo Accusations?

By August Løvenskiolds: Imagine a gender-equal world in which both men and women are held to the same harsh standards of responsibility that now apply to men only. In such a world, I contend, the current crop of years-delayed #MeToo accusers would face execution as traitors to humanity, and their fate would be considered just. 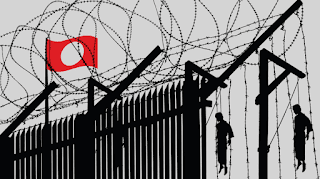 #MeToo is a widespread wave of accusations of sexual impropriety, many of them years or even decades old, being leveled against men (and rarely, women). The alleged perpetrators of these crimes are only now facing summary punishment in the court of public opinion for crimes. and even non-criminal behaviors, that are alleged, unproven, and lack any evidence or due process of law.
A lot of recent articles suggest that there will be a backlash to #MeToo – that men will shy away from women, or that companies will demur from hiring women because hiring a woman is the same as signing up for a losing lawsuit when she inevitably claims sexual harassment when a male coworker tells her “good morning” in too cheerful a tone.

Read more »
Posted by Angelo Agathangelou at 6:10 pm No comments: 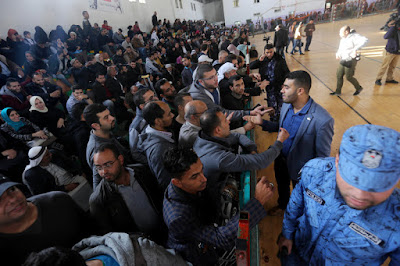 By Hamza Abu Eltarabesh: When Rami Fawda heard that the Rafah crossing was finally due to open, his reaction was one of relief mixed with anxiety.
The relief was because the 44-year-old engineer lives in Ankara, Turkey, where he has worked for 13 years and needed to get back. He had come to Gaza in the summer to see his family, for only the second time since he first moved, but got stuck, trying but failing to secure passage through Rafah – the boundary between Gaza and Egypt – three times.
Fawda then looked set to leave in October, when the Egyptian authorities announced a scheduled opening of Rafah following the fanfare of newly concluded preliminary unity negotiations between the Palestinian parties Fatah and Hamas in Cairo. But that opportunity too was scuppered, this time by an attack on an Egyptian army checkpoint in the Sinai that claimed 30 lives, including six soldiers, and was attributed to the Islamic State group.
That 15 October attack was the reason for Fawda’s anxiety. In recent months, all-too-rare openings – the Rafah crossing has been functional for only around 30 days in all of 2017 – have time and again been canceled as a result of militant attacks in the Sinai.
The net effect means Sinai militants, many of whom have declared loyalty to the Islamic State, can hold two million Palestinians in Gaza hostage with its actions.

Read more »
Posted by Angelo Agathangelou at 4:19 pm No comments:

Mike Buchanan's Talk At The 'Messages For Men' Conference

Mike Buchanan gave this talk at the 'Messages for Men' mini-conference on International Men's Day, in London. The 'Mike' he refers to at the start is Dr RandomerCam, who had introduced him.

Tis The Season To Be Offended

Independent Man:
Posted by Angelo Agathangelou at 10:17 am No comments:

Is An Intifada Starting In US Congress?

By Jennifer Bing: Last month members of Congress led by Minnesota’s Betty McCollum introduced House Bill 4391, the first in US history that calls for accountability and transparency for US aid to Israel. 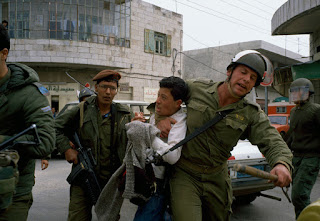 Within a month of its introduction, 20 members of Congress have cosponsored a bill that focuses on Israeli violations of Palestinian children’s rights.
Thirty years ago, I witnessed an uprising in the occupied Palestinian territories. Today I feel I am witnessing one in the halls of Congress.
Three decades ago I worked as a volunteer teacher at a Quaker school in Ramallah. I remember that December in 1987 to be full of uncertainty – Israeli army raids, curfews, house arrests and street protests were part of our daily lives.
Each morning we didn’t know if the schools would be open or closed, whether our students were safe, if stores selling bread or markets selling produce would be open for business, or if a curfew would remain in force. We relied on a transistor radio and our neighbors for news, as this was an era before cell phones and the Internet.
Little did I realize that I was to witness a popular uprising, later to be named an “intifada” or shaking off, against what was at that point two decades of Israeli military rule.

Read more »
Posted by Angelo Agathangelou at 7:01 am No comments:

By Dr. Travis Gee: The concept of domestic violence (DV) is often phrased in legal terms as a “gender free” idea, where there are “perpetrators” and “victims”.
In practice, however, police, courts, and many sectors of the public widely believe that perpetrators are generally if not entirely adult males, and victims almost entirely adult women and children of either gender.
However, life is rarely this neat and tidy, and even though the laws are often written in gender-neutral language, the reality is that men will be assumed to be the perpetrators, and that the alleged victims will be in need of some kind of protection.
What Constitutes Domestic Violence? 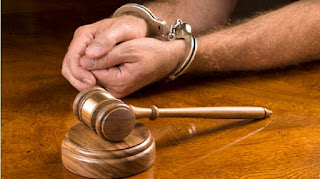 This is a thorny issue, because the idea of DV also has expanded to incorporate non-physical acts, such as raising one’s voice, swearing, or basically doing anything that might make another person fearful. Indeed, the behaviour is less relevant to whether a domestic violence order (DVO) is issued than the fear that the alleged victim expresses.
Think for a moment on your reaction to the words you just read:  “alleged victim.”  Legally, that’s what it is until proven, right? Yet “victim” is so widely used without that qualifier that it seems odd when we see it. There is a presumption of truth in claiming to be a victim which is not warranted without evidence being tendered to a court.

Read more »
Posted by Angelo Agathangelou at 5:54 am No comments:

Western pols are fighting, and dying, on Russiagate Hill
By Michael Bateman: Oh what a tangled web we weave, when at first we practice to deceive ...
Lavrov is on a roll here. Three weeks ago he, correctly, called US Ambassador to the UN Nikki Haley a liar, albeit, not to her face.
Watch Boris Johnson bumble through this embarrassing exchange with Lavrov in Moscow yesterday.
Johnson is in the unenviable position of having to maintain what to most intelligent people is obviously a ridiculous lie, that he himself acknowledged to be nonsense on month ago, in exchange for keeping his job.
Enjoy.


Read more »
Posted by Angelo Agathangelou at 2:32 am No comments: 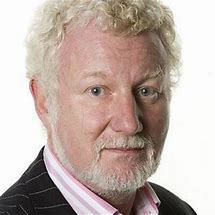 By MRA-UK: Here’s another piece I hadn’t planned to write. I have previously – and probably wisely – avoided the quagmire of false rape allegation statistics. But hot on the heels of #MeToo, we have Liam Allan and Isaac Itiary. Questions are now being asked about the conduct of rape trials, and in particular the role played by the police and the Crown Prosecution Service (CPS).

Jerry Hayes – hero of the hour
This prompted me to look at the rape statistics – something I haven’t done for a few years. I thought I knew what I would find. I was wrong. Things have changed.
My intention is to cover the following major topics,
However, to avoid another of my infamously over-long blog pieces, I’ll be covering the above topics in three separate posts. This, the first, covers the first two topics. The rest will follow over the next couple of weeks, assuming my enthusiasm holds.

Read more »
Posted by Angelo Agathangelou at 12:01 am 2 comments: