The Rush To Paint Men As Sexual Abusers 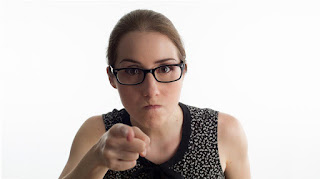 By Gerald Schoenewolf, Ph.D.: Recently there has been a spate of accusations against men. One after another women have been speaking up, charging men with having sexually abused them, often years ago. Let’s make no mistake about it, sexual abuse, rape, sexual harassment are serious matters and when a woman accuses a man of such a deed it should be taken seriously, investigated and prosecuted.
However, few of the present charges, which now seem to be in the hundreds, have been investigated. People rush to judgment about these accusations almost as soon as they are made. Oftentimes people lose their jobs and reputations without the case ever being investigated. One accusation follows another, as if it is a case of “monkey see, monkey do.” While sexual abuse is wrong, this kind of piling on is also wrong. It paints a picture of men as sexual abusers and women as innocent victims.
Any woman can make such a charge against a man, knowing that the facts of the case will most likely not be investigated. They can drop their bomb and then walk away, without anybody ever questioning them.

Max and Stacy discuss stores of value and bitcoin investors seeking hypnotherapy to gain access to old, forgotten but now valuable wallets. In the second half, Max interviews entrepreneur Jeff Berk to discuss the luxury handbag market?! Why do investors (mostly women) pay so much for a handbag? And what are the economics of ‘pay to pay’?
Posted by Angelo Agathangelou at 8:25 pm No comments: Links to this post

Terrence Popp: In an epic response to the article in Bolde, titled "16 Reasons the Best Women Often Stay Single the Longest," Badd Popp brings the bad news all over their collective faces.

By James Etherington-Smith: A troll from Soros and Jewish state funded feminist group Femen tried to grab a statue of the baby Jesus from the Nativity scene erected in St. Peter's Square on Monday (25 December) but was stopped by police as she grabbed it.
A Reuters photographer captured the moment. The topless woman jumped over guard rails and rushed onto the Nativity scene shouting "God is woman". She had the same slogan painted on her bare back. 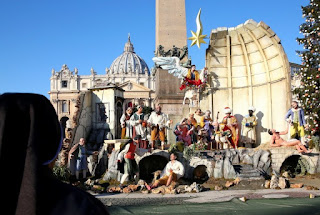 A Vatican gendarme intercepted her and she was detained. The incident happened about two hours before Pope Francis delivered his Christmas message to some 50,000 people in the square, Reuters reported.
The group's website identified the troll as Alisa Vinogradova and called her a "sextremist". It says the goal of the group, which was founded in Ukraine by George Soros and additional funding direct from the Jewish state Israel, is, we are told, "complete victory over patriarchy".
Another Femen troll staged a similar attack on Christmas Day 2104, and managed to remove the statue before she was arrested.
In line with their financial backers' agenda Femen have attacked many Churches and Mosques, but never Synagogues.

Diana Davison: Thousands of innocent men are in prison or facing trial based on junk science sold by people who know it's a lie.

Read more »
Posted by Angelo Agathangelou at 12:29 pm No comments: Links to this post

By Paul Craig Roberts: I find it encouraging that there are some Americans who can think independently and who want to know. As Margaret Mead said, it only takes a few determined people to change the world. Perhaps some of you will be those people.
My traditional Christmas column goes back to sometime in the 1990s when I was a newspaper columnist. It has been widely reprinted at home and abroad. Every year two or three readers write to educate me that religion is the source of wars and persecutions. These readers confuse religion with mankind’s abuse of institutions, religious or otherwise. The United States has democratic institutions and legal institutions to protect civil liberties. Nevertheless, we now have a police state. Shall I argue that democracy and civil liberty are the causes of police states?
Some readers also are confused about hypocrisy. There is a vast difference between proclaiming moral principles that one might fail to live up to and proclaiming immoral principles that are all too easy to keep.
Liberty is a human achievement. We have it, or had it, because those who believed in it fought to achieve it. As I explain in my Christmas column, people were able to fight for liberty because Christianity empowered the individual.
The other cornerstone of our culture is the Constitution. Indeed, the United States is the Constitution. Without the Constitution, the United States is a different country, and Americans a different people. This is why assaults on the Constitution by the regimes in Washington are assaults on America that are far worse than any assaults by terrorists.

Jesus Was Born In A Police State

By John W. Whitehead: The Christmas narrative of a baby born in a manger is a familiar one.
The Roman Empire, a police state in its own right, had ordered that a census be conducted. Joseph and his pregnant wife Mary traveled to the little town of Bethlehem so that they could be counted. There being no room for the couple at any of the inns, they stayed in a stable, where Mary gave birth to a baby boy, Jesus.

Unfortunately, Jesus was born into a police state not unlike the growing menace of the American police state. And when he grew up, Jesus did not shy away from speaking truth to power. Indeed, his teachings undermined the political and religious establishment of his day. He was eventually crucified as a warning to others not to challenge the powers-that-be.
Yet what if, instead of being born into the Roman police state, Jesus had been born and raised in the American police state?
Rather than traveling to Bethlehem for a census, Jesus’ parents would have been mailed a 28-page American Community Survey, a mandatory government questionnaire documenting their habits, household inhabitants, work schedule, etc.

Read more »
Posted by Angelo Agathangelou at 7:44 am No comments: Links to this post

Red Pill Wisdom: M.G.T.O.W is a statement of self-ownership, where the modern man preserves and protects his own sovereignty above all else. It is the manifestation of one word: “No”. Ejecting silly preconceptions and cultural definitions of what a “man” is. Looking to no one else for social cues. Refusing to bow, serve and kneel for the opportunity to be treated like a disposable utility. And, living according to his own best interests in a world which would rather he didn’t.
Posted by Angelo Agathangelou at 5:02 am No comments: Links to this post

By Gary Costanza: Via Kasim Kahn at educateinspirechange.org By Collective Evolution:

While flipping through the WestJet TV lineup on a recent cross-country flight, I reluctantly settled for a popular daytime talk-show (my other options included Days of Our Lives and re-runs of Here Comes Honey Boo Boo), which saw a panel of 4 diversely opinionated women duking it out to see who could make their co-host seem like the bigger idiot. Sigh.
Interestingly, however, the subject they were debating that day happened to be male circumcision, a surprising topic for daytime TV. 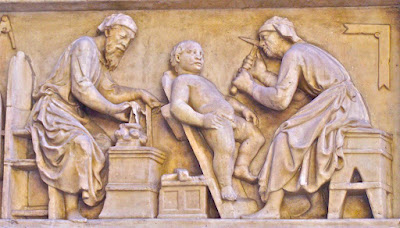 Two of the female hosts in particular were taking the stage with polarizing views on the matter. One host saw the medical procedure as a hygienic practice that lowered the risk of disease while the other saw it as an archaic and highly irrelevant surgery.
In the end, the audience was left undecided. I, however, was left with an ignited curiosity about a medical procedure that I had never really taken time to question.


I was impressed by the research the anti-circumcision host had prepared for her debate, and it got me thinking intently about the ethics behind the globally rooted practice.
Read more »
Posted by Angelo Agathangelou at 2:44 am No comments: Links to this post 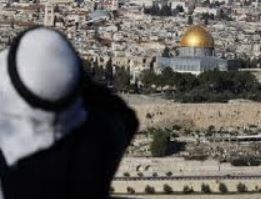 President Trump and Ambassador Nikki Haley tried to bully the U.N. into accepting Trump’s decision on Jerusalem as Israel’s capital but – in a rare show of independence – most U.N. members pushed back
By Paul R. Pillar: When North Korea began the Korean War with an invasion of South Korea in June 1950, the armed response was waged under the flag of the United Nations thanks to the Soviet Union having absented itself from the Security Council. The Soviets were boycotting the council to protest the fact that China’s seat had not been given to Mao Zedong’s communists, who had won the Chinese civil war the previous October. With no Soviet veto in the way, the Security Council quickly passed the resolutions necessary to bestow U.N. sanction on the U.S.-led military resistance to the North’s aggression.


The Soviets came to realize that they were not going to get support for their contention that the absence of any of the council’s permanent members should prevent the council from conducting business. The Soviets resumed their seat and began vetoing further resolutions on Korea.
Read more »
Posted by Angelo Agathangelou at 12:04 am No comments: Links to this post