Why #iDontBelieve Should Trend For 2018

StudioBrule: Professor Janice Fiamengo of the University of Ottawa explains why she hopes that #iDontBelieve will trend in 2018.
Posted by Angelo Agathangelou at 10:23 pm No comments: Links to this post

From Snowden To Russia-Gate - The CIA And The Media

'Will there be any reporter left in the lame stream media who is allowed to ask real questions?'
By Moon of Alabama: The promotion of the alleged Russian election hacking in certain media may have grown from the successful attempts of U.S. intelligence services to limit the publication of the NSA files obtained by Edward Snowden.
In May 2013 Edward Snowden fled to Hongkong and handed internal documents from the National Security Agency (NSA) to four journalists, Glenn Greenwald, Laura Poitras, and Ewen MacAskill of the Guardian and separately to Barton Gellman who worked for the Washington Post. Some of those documents were published by Glenn Greenwald in the Guardian, others by Barton Gellman in the Washington Post. Several other international news site published additional material though the mass of NSA papers that Snowden allegedly acquired never saw public daylight.

In July 2013 the Guardian was forced by the British government to destroy its copy of the Snowden archive.
In August 2013 Jeff Bezos bought the Washington Post for some $250 million. In 2012 Bezos, the founder, largest share holder and CEO of Amazon, had already a cooperation with the CIA. Together they invested in a Canadian quantum computing company. In March 2013 Amazon signed a $600 million deal to provide computing services for the CIA.
In October 2013 Pierre Omidyar, the owner of Ebay, founded First Look Media and hired Glenn Greenwald and Laura Poitras. 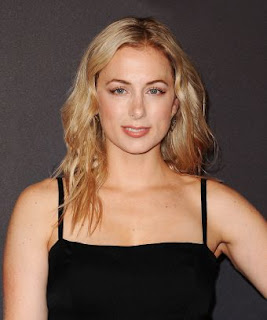 By Rebecca Farley: The comedian Iliza Shlesinger has been hit with a lawsuit for hosting an all-women's comedy show in November. In the lawsuit, obtained and published by Variety, the plaintiff George St. George alleges that Shlesinger's decision to exclude men from her "Girls Night In" show at the Largo theatre in Los Angeles was unlawful. As per Variety's summary, the lawsuit explains that St. George spent $30 on a ticket to Shlesinger's show, but was denied entry. The theatre offered St. George a refund for his ticket.
The lawsuit argues that the choice to exclude men from a comedy show is gender discrimination. In an email to Variety, St. George's attorney Alfred Rava wrote, "At no time should an entertainer or an entertainment venue require female patrons or male patrons sit in the back of the theatre based solely on their sex."
As both Variety and Jezebel point out, Rava has a history with skewed gender-discrimination lawsuits. In 2015, in an interview regarding a similar lawsuit against networking startup for women called Chic CEO, he told CNN that he'd filed over 150 gender discrimination lawsuits in the state of California.

Read more »
Posted by Angelo Agathangelou at 4:20 pm No comments: Links to this post

'Sex would not be legally advisable for men.'
By MRA-UK: On the 21st December 2017, Charlotte Proudman had published in the Guardian an article on the Liam Allan case and its ramifications. She appears rather upset about it. Well, as a barrister she might very reasonably be upset about the issues that case raises around disclosure. But that is not what seems to upset her the most. What does is “the dampening effect” the case might have on encouraging other women to allege rape, and, of course, obtain convictions. (She does not use that phrase, but I believe that is the expression commonly used in this context). 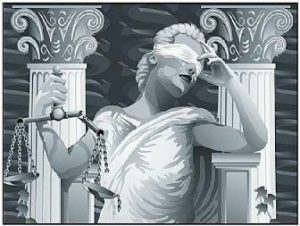 I’d like to examine just three sentences in Ms Proudman’s article. You will need to be familiar with the Liam Allan case before reading further.


The first is this, ...“(However) the reporting on cases such as these, with a focus on a few text messages out of 40,000, may leave future victims less likely to come forward.”


I am all admiration.
I do appreciate the noble art of misdirection.
Note how that sentence acts like Novocain on the intellect. Its grammatical structure suggests that it contains a logical inference. But actually it is a logical miasma, a piece of verbal hypnosis. It gives the false impression that “a focus on a few text messages out of 40,000” acts to logically connect “the reporting on cases such as these” so as to make “future victims less likely to come forward”. But let’s pull it apart.
Read more »
Posted by Angelo Agathangelou at 12:44 pm No comments: Links to this post

SexBots That Can Cheat & Lie

Barbara4u2c:
Golly gosh.
Read more »
Posted by Angelo Agathangelou at 10:31 am No comments: Links to this post

Panic Of Boris Johnson In Moscow - Agony Of Rotting Empire

By Andre Vltchek: It has been all very ugly, aggressive and often distinctly vulgar: the way the British Foreign Secretary has behaved before and during his official visit to Moscow.


Mr. Johnson described Russia as “closed, nasty, militaristic and anti-democratic” concluding that it could not be “business as usual”.
He did not define what the UK has become, and the Russian hosts were too polite to explain.


The “business as usual” it was not.
During the last few weeks, the behavior patterns of both the UK and US have began increasingly to resemble those of the badly brought up leadership of the provincial Italian mafia: “You do as we tell you, or we’ll poke out your eyes… or break your leg… or perhaps we’ll kidnap your daughter”.
It appears that there is absolutely no shame left in Washington, in London, and in several other ‘provincial capitals’ of the Empire. Insults are piling on insults and then shot to all corners of the globe. Lies are being spread barefacedly, and bizarre deceptions and fabrications have been manufactured with impressive speed.
It is clear that the Empire is now missing its composure, its nerve; that it is scared of losing its control over the world and its monopoly on deciding what should be universally accepted as the truth.
Read more »
Posted by Angelo Agathangelou at 8:02 am No comments: Links to this post 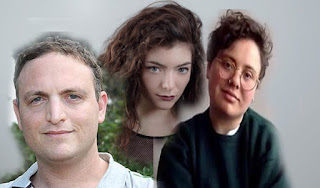 Among my sins I am critical of some aspects of cultural BDS, but to interpret BDS as a violent act is rather over the top. If anything, BDS was designed to dilute Palestinian militant resistance. Furthermore, boycotting is a very Jewish practice, known as excommunication or herem in Hebrew. You would expect Wohl, an ardent Zionist, to be slightly more familiar with his own culture.
If you ever wonder what is the meaning of Judeo-centrism, Wohl provides the full scope. The Israeli settler really believes that he is the centre of this universe. “The difference between you and me, Justin, is that I’m an Israeli Jew and you’re a Jew. That’s it. You have no nationality. You live in a negligible, insignificant sheepfold stuck somewhere at the end of the universe (New Zealand).” For Wohl, Israel is the world’s capital and Israeliness is the ultimate embodiment of human as well as of Jewish existence.

By Mike Buchanan, J4MB: Our thanks to Steve for this – a piece about invented domestic abuse by a female ‘journalist’ in The Guardian, what are the chances? An extract:
The chief executive of Scottish Women’s Aid, Marsha Scott, said: “Women have been telling us for years that it is emotional abuse that is most harmful.


“This is a unique way to draft legislation that allows for victimless prosecution of domestic violence. Because you don’t have to prove harm to the victim [because of the reasonable person test] it could reduce the [J4MB: ALLEGED] re-victimisation of women in court. [J4MB: And increase the victimisation of men in the court. Win-win!] It’s a shift in the culture to focus on the perpetrator rather than the victim, and concentrating on the key question of how we stop men abusing.” [J4MB emphasis]
Since the introduction of the English coercive control legislation, concerns have been raised that it is not being used enough and has created an unhelpful hierarchy of harms, in part due to a lack of specialist training for police officers.

Committing to funding the officer training [J4MB: Hmm, who will carry out that training? Women’s Aid or Refuge, as usual?] on Thursday, the justice secretary, Michael Matheson, said: “Attitudes towards domestic abuse are changing – it’s no longer seen as a private matter, or no business of criminal law. [J4MB: It hasn’t been seen as either of these things for 40+ years.]

Read more »
Posted by Angelo Agathangelou at 1:11 am No comments: Links to this post