Orosius On Violence: Behind Every Great Man Is An Even Greater Woman

By Author Douglas Galbi: All have been taught the wisdom, “Behind every great man is an even greater woman.” Yet women, who incite men to violence, receive little credit for the violence that men do. Moreover, women don’t merely stand behind men and push them forward into deadly battle. When necessary, women themselves also directly engage in battle. Orosius and other ancient Roman historians documented that women can be ferocious and brutal fighters ready to kill not just the enemy, but also their own children. 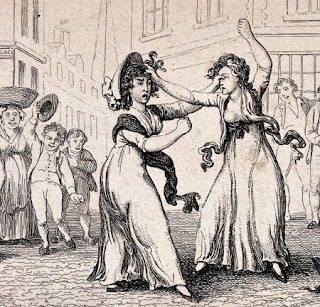 Amazons are celebrated today as strong, independent women-warriors. Orosius, however, described Amazons as Scythian women who became warriors only after the Scythians were driven into exile and many Scythian men were killed:


The wives of this group {the Scythians}, driven hysterical by being exiled and widowed, took up arms and, so that all of them should have the same spirit by being in the same condition, killed the {Scythian} men who had survived.

Read more »
Posted by Angelo Agathangelou at 11:05 pm No comments:

Sandman: Shoveler says: "Hello Sandman, I have a story from this evening. I was in Winnipeg at a Bar with a co-worker. We were just two guys stuck in town doing a course for our careers. We went out on a Friday night to blow off some steam and sing Kareoke. We had a blast. I was sipping coffee and my buddy was having a few beers. I was the designated driver. We took turns singing tunes, and I spent some time playing an instrument as well. I have a strong ear, and several people I didn't know were asking me to get up on stage with them to play and back them up. I wasn't perfect, but I had fun it was a great night. Near the end of our singing adventure, a very heavy woman walked into the bar. She sat at the table next to us.

Read more »
Posted by Angelo Agathangelou at 8:53 pm No comments:

The Charge Of The Invisible Army Of Kremlin Trolls

PCR: Diana Johnstone explains that President Trump can be excused from being prosecuted as a Russian agent if he will give up his intention of normalizing relations with the necessary enemy of the US military/security complex and join in the orchestrated demonization of Russia. Washington Trembles

The Charge of the Invisible Army of Kremlin Trolls
By Diana Johnstone: There is no holiday truce in the propaganda war. On this Christmas day, The Washington Post offered its readers a scare story entitled “Kremlin trolls burned across the Internet as Washington debated options”.
The article is long – nearly 4000 words. The only part that is sure to be read in these busy times of short attention spans is the headline, whose two themes are rich in subliminal messages.
First, a slash and burn operation by an army of Kremlin trolls is laying waste to the Internet. Second, official Washington in its benevolent innocence is having trouble facing up to this nefarious threat.
Let’s take these two themes one at a time.
Invasion of the Troll Army
The journalistic peg for this story is a phantom freelance journalist named Alice Donovan whose “first email arrived in the inbox of CounterPunch, a left-leaning American news and opinion website, at 3:26 a.m. – the middle of the day in Moscow”.
Aha!

Silence Of The Legs

By Rachel Blevins: As TSA agents continue to prove their incompetence in the “War on of Terror,” the Department of Homeland Security is now allocating $1 billion in taxpayer funding to create a facial recognition program that will illegally scan Americans’ faces. 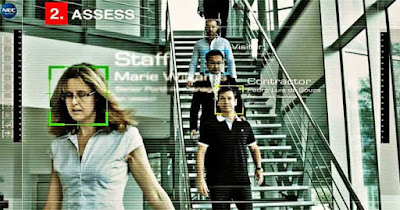 A study conducted by Georgetown Law’s Center for Privacy and Technology looked at the biometric scanners that are creating an inventory of the faces of individuals leaving the country at airports across the United States. While they are only at certain major airports right now, the full implementation of these scanners could cost Americans up to $1 billion.
The study noted that while the “9/11 Response and Biometric Exit Account” created by Congress has the funds for the program, “neither Congress nor DHS has ever justified the need for the program.”
In addition to the fact that Congress has never provided a reason why the system is needed in the U.S., the study claimed that DHS has “repeatedly questioned ‘the additional value biometric air exit would provide’ compared with the status quo and the ‘overall value and cost of a biometric air exit capability,’ even as it has worked to build it.”

Read more »
Posted by Angelo Agathangelou at 11:07 am No comments:

By Tyler Durden: Adding to the pressures on bitcoin early this morning, the Sydney Morning Herald reported that bitcoin users across Australia are reporting that their accounts have been abruptly frozen by the country’s “Big Four” banks. And while the banksters have remained largely tight-lipped about the closures, many angry account-holders are jumping to conclusions and blaming the banksters for punishing them because of their involvement with bitcoin.


Bitcoin investors are claiming Australia's banks are freezing their accounts and transfers to cryptocurrency exchanges, with a viral tweet slamming the big four and an exchange platform putting a restriction on Australian deposits.

Read more »
Posted by Angelo Agathangelou at 8:33 am No comments:

Max and Stacy discuss their forecasts and predictions for 2018. Will bitcoin continue to climb? Or will it fall? Will gold ever rise again? What new innovations might emerge from...
Posted by Angelo Agathangelou at 5:40 am No comments:

Dear Ladies, You Are Not Intimidating: The Problem Is You

"Pussy wears out and crazy always comes out."

Read more »
Posted by Angelo Agathangelou at 2:31 am 2 comments:

Feminism Is Holding Women Back

'Unlike men who might be expected to weigh up where candidates stand in relation to a range of issues, women should, apparently, vote with their vaginas.' 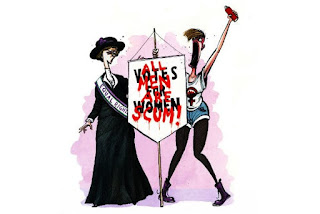 By Joanna Williams: It’s easy to see why the online dictionary Merriam-Webster chose ‘feminism’ as their word of the year. 2017 kicked off with women across the globe marching against Donald Trump and ended with Time magazine heralding the #MeToo ‘silence breakers’ as their person of the year. Every glossy double-page spread further established feminism as this year’s fashion. Head cheerleader Jessica Valenti, writing in the Guardian (naturally) is cock-a-hoop about feminism’s resurgence:

‘Now we just have to continue to make it the movement of the year (and next year, and the next) until women can start to feel safe in their own country.’