HIGHLAND Games across Scotland are guilty of sexism and "treating women athletes as irrelevant",
according to a leading feminist website.
By Ben Borland: The Everyday Sexism Project was founded in 2012 by English nanny Laura Bates to record examples of sexist behaviour from around the world. 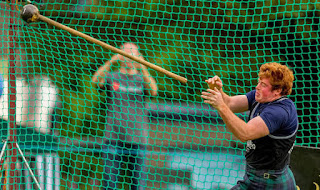 Among the 80,000 entries is now a scathing complaint about last year's Dufftown Highland Games in Morayshire, one of the oldest in Scotland.
The complainant - who gave her name as "Hilary" - accused the organisers of glorifying men in the heavy events such as throwing the hammer and tossing the caber and ignoring the women dancers.
She wrote: "Just been to Dufftown Highland Games - record number of Highland dancers there (about 150 women and about 2 small boys) and the usual less than 10 men competing in the heavy events (throwing the hammer, tossing the caber etc).

"Neither do the 5000+ spectators who would be family and friends of the competitors, and vast quantities of tourists."
Hilary added: "Women don’t count although at a Highland games the dancing starts first in the morning and the dancers, who are no less athletes than the men (you try doing some of those leaps) are on the stage all day.
"I complained to one of the games organisers – they did not see the problem and blamed the female dance judge as she organises everything herself. They did say however that she had a microphone and if she spoke it would cut off the male announcer and they would take it in turns to announce things. Well, that didn’t work.

"I sat at the dancing end of the field for a good portion of the day and heard not a squeak of the female announcer. So every weekend in the summer, across Scotland hundreds of women athletes are being treated as irrelevant in a major tourist draw for the country."
A spokeswoman for the games, which were first held in the Speyside whisky capital in 1892, said it was "most definitely not true" to suggest that Highland dancers were irrelevant.
She added: "Highland dancing has a very high profile at Dufftown, it's well thought of in the community and it's one of the big highlights of the games that we promote every year." 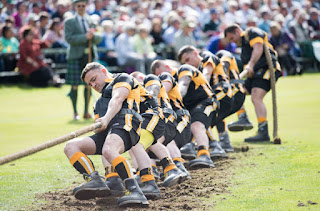 He said: "Highland games are unique because they have this mix of events and each one is as important as the other.
"The tourists always want to see the Highland dancing as well as the heavy events because of the colour, the spectacle and the numbers involved.
"The organisers always give equal importance to all the events, from the dancers to the runners, the heavy games, the cycling and the tug of war."
However, he admitted that at some events the Highland dancing competition was held in a separate arena with a separate public announcement system.
He said: "It is not discrimination or even a conscious decision by the organisers, it's just down the layout of some of the fields. It may be true that the general public in the main arena might not always hear all the results from the dancing but those that want to hear them will always be able to do so." 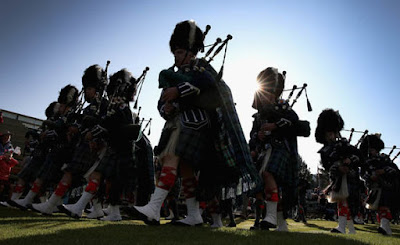 Posted by Angelo Agathangelou at 10:09 am