***
The "Glory of Fatherhood" medal is presented to exemplary fathers annually, as a badge of public recognition. Awards are given to fathers of large families, fathers of three or more children, fathers raising children without a mother, and others . . . 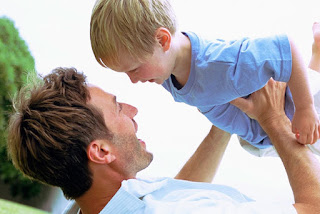 By Joshua Davidson: Fathers, Fatherhood, & Fatherland is a regional holiday celebrated in various parts of Russia, dedicated to honoring fathers. Exemplary dads are publicly awarded with the Glory of Fatherhood medal. Going above and beyond most versions of "Father's Day", this Russian holiday makes a special effort to honor men for their crucial role in supporting and leading their families. Each year a committee selects outstanding fathers, presenting them with these badges of public recognition.
Medals are presented to men in various categories, including "Fathers of Large Families", "Fathers who have Successfully Raised 3 or more Children", and "Fathers Raising Children Without a Mother".
According to a government official in the Samara region, the selection of winners is carried out by an expert council which includes representatives of public organizations. 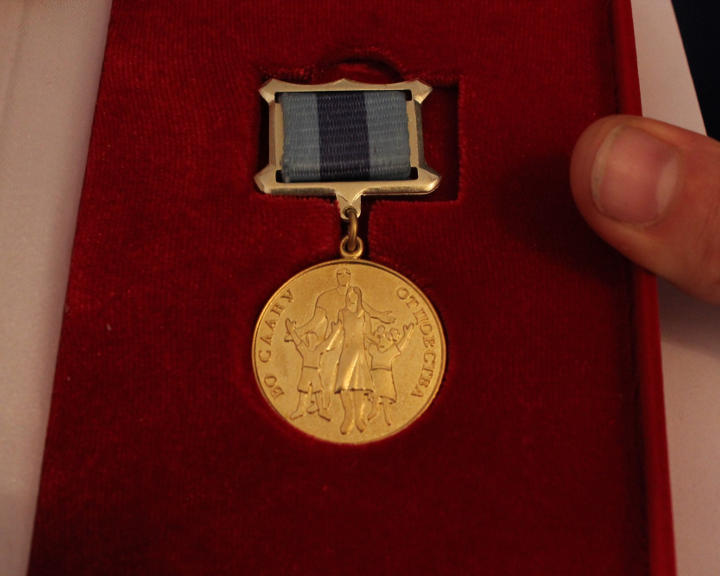 Medal: For the Glory of Fatherhood
Though it may sound unusual to western ears, a more precise translation of the holiday name would actually be "Father, Patronymic, and Fatherland". Most people in America and western Europe do not have patronymics, but in Russia they are very common. A patronymic is a special name given to a person at birth, which is formed from the name of the father.

For example, if a man's father is named "Ivan", then his patronymic would be "Ivanovich". If a woman's father is named "Ivan", then her patronymic would be "Ivanovna". That way, in Russia, when you hear a person's full name — Anna Ivanovna Smirnov — you instantly know the name of that person's father. It is one of the many ways in which Russian tradition shows the honor and importance of fatherhood.

This regional holiday is celebrated every November 10th, and has been observed in various parts of Russia for over a decade. Annual celebrations are held in regions such as Samara and the Republic of Karelia.
"In the future, the tradition of holding the event will be continued," says TLT news, and citizens "will learn the names of fellow countrymen, loving dads, and caring fathers." 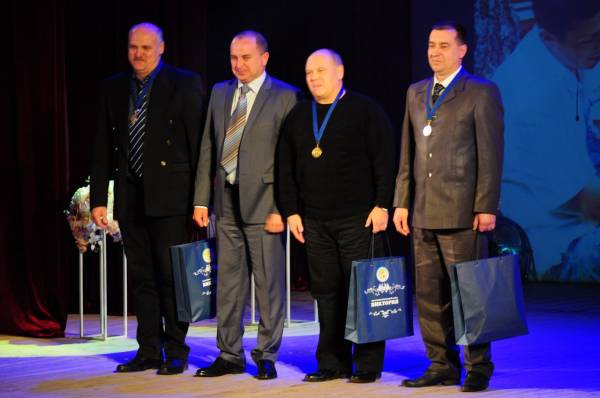 Posted by Angelo Agathangelou at 4:00 pm