Lucretius On How Women Can Overcome Men’s Protective Stone Walls 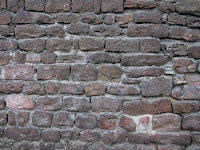 By Author Douglas Galbi: Ancient Roman men, with good reason, were reluctant to marry. With boldness and freedom of expression inconceivable today under totalitarian gynocentrism, the ancient Roman poet Juvenal described in detail how women annoy, oppress, and destroy men. Many men for self-protection metaphorically construct stone walls separating themselves from women, including their own wives. Recognizing the proverbial strife that women cause men, the learned Epicurean poet Lucretius described how a woman could peacefully unite with a man.
Lucretius as an Epicurean regarded traditional Greco-Roman religion as foolish superstition, but he seems to have appreciated wisdom and literary sublimity in the Hebrew Bible. Greek translations of the Hebrew Bible would have been readily available to Lucretius. In the Bible’s Proverbs Lucretius could have read:

Are Whites Being Setup For Genocide?

By Dr. Paul Craig Roberts: Identity Politics has responded with outrage against People Magazine’s choice of white male country singer Blake Shelton as “sexiest man in the world.” According to adherents of Identity Politics, the choice indicates that People Magazine is itself racist and part of the white supremacy movement to elevate white people above people of color. The choice is doubly outrageous because, according to a writer in Salon, it reinforces and celebrates toxic white male sexuality and elevates a white man to a position of popular acclaim. 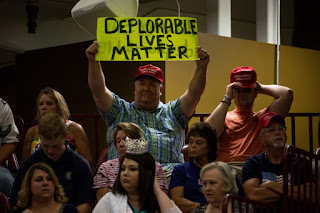 Every white person needs to read this article - http://www.unz.com/article/the-end-of-white-celebrity/ - to understand how they are being demonized and marginalized to the point of oblivion. By focusing primarily on white heterosexual males, Identity Politics tries to split white women off from white men by the use of the pejorative “misogynist”, but, as the article reports, white women, such as Taylor Swift, are also publicly demonized for their whiteness.
Reading this article in The Unz Review reminded me of an article I read last November in a Texas university newspaper that declared white DNA to be an abomination. http://www.foxnews.com/us/2017/11/30/texas-student-newspaper-blasted-over-anti-white-your-dna-is-abomination-column.html
Think about this for a minute. Suppose the writer had said “homosexual DNA is an abomination,” or “black DNA is an abomination,” or, heaven forbid, “Jewish DNA is an abomination.”

...57 Years Ago
Independent Man: For the fourth time in 57 years Iceland legislates equal pay. For some reason journalists think this is the first.
Posted by Angelo Agathangelou at 6:16 pm No comments:

Christian Zionism: The Heresy Of Choice For Neo-Con-Artists

For each Jewish Zionist there are
ten wacko Evangelical Christian Zionists. 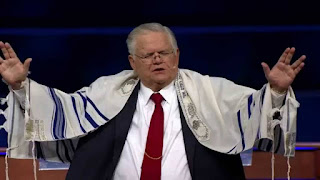 By Stephen Sizer: At least one in four American Christians surveyed recently by Christianity Today magazine said that they believe it is their biblical responsibility to support the nation of Israel. This view is known as Christian Zionism. The Pew Research Center put the figure at 63 per cent among white evangelicals. Christian Zionism is pervasive within mainline American evangelical, charismatic and independent denominations including the Assemblies of God, Pentecostals and Southern Baptists, as well as many of the independent mega-churches. It is less prevalent within the historic denominations, which show a greater respect for the work of the United Nations, support for human rights, the rule of international law and empathy with the Palestinians.
The origins of the movement can be traced to the early 19th century when a group of eccentric British Christian leaders began to lobby for Jewish restoration to Palestine as a necessary precondition for the return of Christ. The movement gained traction from the middle of the 19th century when Palestine became strategic to British, French and German colonial interests in the Middle East. Proto-Christian Zionism therefore preceded Jewish Zionism by more than 50 years. Some of Theodore Herzl’s strongest advocates were Christian clergy.

Read more »
Posted by Angelo Agathangelou at 1:48 pm No comments:

Jeff Sessions Just Demonstrated Why We Need To Decentralize Government 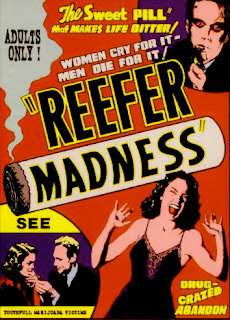 By Michael Krieger: Late last year, I wrote a series of posts where I highlighted three specific areas I thought the U.S. government might overreach and do something really stupid in 2018. Jeff Sessions didn’t waste any time making my first prediction look prescient.
Here’s an excerpt from that post, Expect Desperate and Insane Behavior From Government in 2018 – Part 1 (Cannabis):


Today’s topic is cannabis. This seems the least likely area for government action, specifically because it would be such a monumentally stupid move. That said, just because something’s idiotic doesn’t mean we should simply discount it, particularly with human fossil Jeff Sessions continuing to chirp on the issue every chance he gets.
If the Trump administration actually moves on this issue, we’ll know for sure how completely inept and desperate it is. Part of me almost wants to see them try, because the resulting monumental fail will demonstrate the power of the people and give a gigantic black eye to authoritarians in government.

Read more »
Posted by Angelo Agathangelou at 11:36 am No comments:

johntheother:
Read more »
Posted by Angelo Agathangelou at 7:23 am No comments:

Most women lack the strength and reflexes to stop most men and would indeed be better off defending themselves with a gun ... but this particular dust up should be interesting. Regards, Bearing.
Posted by Angelo Agathangelou at 5:50 am No comments:

What Has QE Wrought?

The Federal Reserve [and central banks in general] has once again created an artificial and unsustainable economic bubble. Central planning still doesn't work, and the sooner we move to sound money the better. Ron Paul discusses the monumental mess that The Federal Reserve has wrought.
Posted by Angelo Agathangelou at 3:44 am No comments: