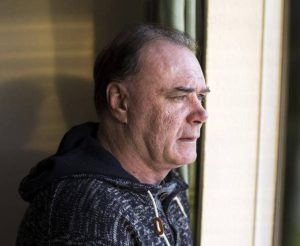 By MRA-UK: My compiling of cases of false rape allegations continues. I pause awhile to bring you the case of Victor Nealon, former postman. Most of the false allegation cases in my compilation relate either to events which never happened, or to consensual sex which was later claimed to be non-consensual. In this case, however, there has been no suggestion that the complainant was untruthful or that her claims were inaccurate. This is a case of simply convicting the wrong man. Though the story starts in 1997 it is not until mid-2015 that this case reaches its final appalling conclusion…..
I quote from the blog of solicitor advocate Mark Newby: “In January 1997 Victor Nealon began a discretionary life sentence which would see him serve 17 years in custody. Last Friday he started his new life, on the streets of Birmingham and with nowhere to stay after the State had washed its hands of him. What does it say about our society that we simply turn out men like Victor Nealon onto the street after 17 years…..he will now face the prospect of mounting a claim for compensation in an atmosphere in which the Secretary of State for Justice is seeking to narrow the test for compensation. We should have a system in place for cases like this where those released are fully supported and receive urgent interim financial support.

Israeli forces have killed three of its family members
and arrested scores of others, including 16-year old Ahed, but the Tamimi family continues its non-violent struggle for Palestinian freedom.
AARON MATÉ: In recent weeks, people around the world have learned of Palestinian resilience through the plight of the Tamimi family in the occupied West Bank. For years, the Tamimis have led protest against the Israeli occupation and theft of Palenstinian land. Then last month, 16-year-old Ahed Tamimi became a global symbol of resistance when she was arrested for slapping an Israeli soldier who was trespassing on her property.

Read more »
Posted by Angelo Agathangelou at 5:03 pm No comments:

Posted by Angelo Agathangelou at 2:39 pm No comments:

Kick To The Left

By Gilad Atzmon: I am pretty satisfied these days. For the last decade my name has been continuously smeared by Jewish ethnic activists. I have been called a ‘Nazi,’ a ‘Fascist’ and an ‘anti-Semite’ despite the fact that genuine Left groups and prominent humanists have vigorously supported me all along. Genuine Leftists, it seems, understand that if Israel defines itself as the Jewish State and decorates its F-35s with Jewish symbols, we are entitled to ask who are the Jews, what is Judaism, what is Jewishness and how all these terms relate to each other! Evidently these questions terrify some Jewish ethnic activists.

In December I delivered a speech at a Marxist NRhZ gathering at the Babylon Theatre in Berlin  despite the outraged protests of some German AZZs*.  Here in Britain, the comical Labour Against the Witchhunt  (LAW), a body that was formed to ‘tackle’ the current Zionist purge of the Labour Party, expelled a third of its supporters last Saturday for the ‘crime’ of being associated with Gilad Atzmon.  The notorious AZZ caricature Tony Greenstein reported yesterday that LAW voted to exclude Socialist Fight from participating in LAW.  Why?  “Led by Gerry Downing and Ian Donovan, Socialist Fight has a theory that the Jewish Question is still relevant today.”
Tony Greenstein and Jackie Walker, both suspended from the Labour Party for being ‘anti-Semitic’ despite identifying politically as ‘Jews,’ have formed their own Jewish led anti witchhunt group so they could execute their own witchhunt!

Read more »
Posted by Angelo Agathangelou at 12:11 pm No comments:

Recently, the struggle for Palestinian human rights
gained international attention surrounding a
new icon of resistance - 16 year old Ahed Tamimi.
telesurenglish: While in the West Bank in late 2016, Abby Martin interviewed Ahed Tamimi about her hardships and aspirations living under occupation and it becomes clear why her subjugators are trying to silence her voice. Her brother Waad and father Bassem also talk about their experiences with Israeli soldiers harassing their village and targeting their family. Abby outlines the Tamimi family's tragic tale and unending bravery in the fight for justice and equality in Palestine and how the story of their village of Nabi Saleh is emblematic of the Palestinian struggle as a whole.
Posted by Angelo Agathangelou at 9:26 am No comments:

Footage Of Real Anarchists Fighting Against Jewish State Proxy ISIS In The Battle Of Raqqa, Syria

Perseus999: Footage of the anarchist comrades of the "Revolutionary Union for Internationalist Solidarity" (RUIS) fighting in Syria against ISIS in the battle of Raqqa. Here's their message accompanying the video: "This video contains footage from RUIS combatants fighting within IFB. IFB has stood with YPG/YPJ/SDF and they liberated the city of Raqqa from the fascists of Daesh (IS) at the end of October 2017. At Orhan (the last occupied IFB nocta), the battalion was fighting directly the IS gangs that were surrounded by the liberation forces. REVOLUTIONARY INTERNATIONALIST SOLIDARITY FOR COMMUNITIES OF THE OPPRESSED FOR VICTORY OVER TYRANNY FOR ANARCHY

Read more »
Posted by Angelo Agathangelou at 7:16 am No comments:

Why Won’t Women Who Dislike The Culture Of Their Workplaces Do What Men Do - Resign?

By Mike Buchanan: In the course of my 30-year-long business career I once found myself working in a company, and once for an individual boss, I loathed. On both occasions, I resigned. Why won’t women do the same thing? In my view, it’s partly because they’re more risk-averse than men. You have to laugh at the current claims by many female BBC presenters that they could earn more with private sector broadcasters. I invite them to resign, then see what they’re worth in the real world.
Women want the high incomes and perks that come with some lines of work, but without associated pressures. As always, women want the upside of everything, and the downside of nothing. To their minds, they shouldn’t have to adapt to pressurised work environments, those environments should adapt to their preferences.
I’ve been reflecting on this following a Law Society Gazette article sent to me by Chloe. Extracts:

The Solicitors Disciplinary Tribunal has criticised a firm for creating an atmosphere where a junior lawyer said she was ‘terrified’ of admitting her mistakes.
Sovani Ramona James, who worked at the time for south east firm McMillan Williams, was found to have acted dishonestly in creating and backdating letters to give the impression that a clinical negligence case was progressing.

Read more »
Posted by Angelo Agathangelou at 5:00 am No comments:

Trillion Dollars For World's Wealthiest In 2017

Max and Stacy discuss how the world’s wealthiest became a trillion dollars wealthier in 2017. In the second half, Max interviews Charlie Shrem of CryptoIQ.co about the latest drama in the bitcoin community and all the positive developments.
Posted by Angelo Agathangelou at 3:05 am No comments:

By Mike Buchanan, J4MB: The Start of the piece: 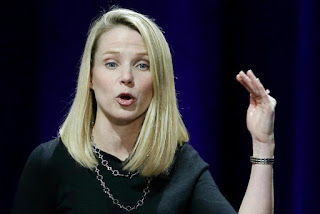 Yahoo CEO Marissa Mayer again finds herself at the heart of a lawsuit by a former male employee alleging that she presided over the unfair ousting of men in the office.

In the suit, as reported by The Mercury News, Ard alleges Mayer encouraged the use of an employee performance rating system to “accommodate management’s subjective biases and personal opinions, to the detriment of Yahoo’s male employees.”