Gary Orsum:
The #MeToo virus in reverse.
Read more »
Posted by Angelo Agathangelou at 8:24 pm No comments: Links to this post 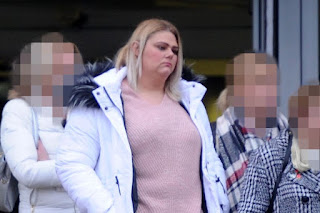 By David Huntley: A woman who stabbed her husband multiple times and left him bleeding in the street said she did it to “protect herself”.
Jodie Owen, 33, stabbed her partner six times at an address in Coulby Newham on Boxing Day and told police she did it because she was “frightened of him.”
Teesside Magistrates’ Court heard that police attended an address in Crossfields after reports of a man bleeding heavily on the street.
Lynne Dalton, prosecuting, said: “On arrival he was unconscious but breathing on the footpath.
“A person approached the police who said he had been stabbed by his wife - who was standing next to him.
“The paramedics arrived and she told the police ‘I know where I’m going’.
“She admitted that she didn’t know where the knife was but that she’d thrown it in the kitchen.”
The court heard that there was blood throughout the house leading into the kitchen, where the knife was recovered on top of an oven.
Owen’s husband was rushed to hospital to be treated for six stab wounds on his left arm and told police that it had happened following a “comment about the defendant’s friend”.

Read more »
Posted by Angelo Agathangelou at 4:08 pm No comments: Links to this post

Bettina Arndt: Bettina asks the cricket audience at the Pink Test why they are fundraising for breast cancer when men’s cancers are far more deadly. Why more breast care nurses? The McGrath Foundation raised $1.3 million during the pink test to fund 119 breast cancer nurses. - There are well over 300 breast cancer nurses working across Australia - There are currently only 28 prostate cancer nurses working in Australia although this will increase to 43 with $13 million in promised new Federal government funding. - Last year the Federal government gave $20 million to the McGrath Foundation. More men dying of cancer than women - Fifty seven per cent of cancer deaths in Australia are male.

By Tyler Durden: According to the market, the situation in Greece has staged a tremendous recovery. So much so, in fact, that Greek 2Y bonds are now trading inside US 2Y Treasurys. Yes, according to the market, Greece is now a safer credit than the US.
And yet, a quick peek inside the actual Greek economy, reveals that nothing has been fixed. In fact, one can argue that things are now worse than they were when Greece defaulted (for the first time), 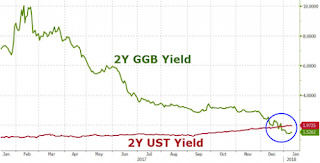 According to statistics from IAPR, unpaid taxes in Greece currently make up more than 55% of the country’s GDP due to - well - the inability of people to pay the rising taxes. Overdue debt to the state has reached nearly €100 billion with only €15 billion possible to be returned to the government’s coffers, as most are due to bankrupt businesses and deceased individuals.
The Greek tax authorities seized pensions, salaries, and assets of more than 180,000 taxpayers in 2017, meanwhile bad debt to the state treasury continue to grow. The Independent Authority for Public Revenue confiscated nearly €4 billion in the first 10 months of this year with forced measures to be reportedly taken against 1.7 million defaulters in 2018.
Bad debt owed to the state in Greece has been growing at €1 billion a month since 2014, and nearly 4.17 million taxpayers currently owe money to the country, which means that every second Greek is directly indebted. 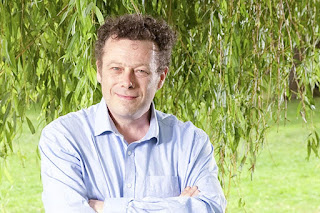 
Dr Ketland is a professional logician, mathematician and academic philosopher, whose research is in mathematical logic, paradoxes, the foundations of mathematics and science. He was the victim of Charlotte Coursier, a Borderline Personality Disordered stalker and psychopath, for more than two years. She committed suicide when her boyfriend ended the relationship. He was then the victim of a feminist vigilante lynch mob and witch hunt of false accusations, harassment and intimidation, which ran him out of his job at Oxford, and ran him and his family out of their home. He was reinstated when he proved that these allegations were fabricated lies distributed by vigilantes.

A piece by Dr Ketland, linking to materials on his experiences, is here. His account of being stalked by Charlotte Coursier is here.

Shadow Armies: The Unseen, But Real US War In Africa

By Ramzy Baroud: There is a real – but largely concealed – war which is taking place throughout the African continent. It involves the United States, an invigorated Russia and a rising China. The outcome of the war is likely to define the future of the continent and its global outlook.
It is easy to pin the blame on US President Donald Trump, his erratic agenda and impulsive statements. But the truth is, the current US military expansion in Africa is just another step in the wrong direction. It is part of a strategy that had been implemented a decade ago, during the administration of President George W. Bush, and actively pursued by President Barack Obama. 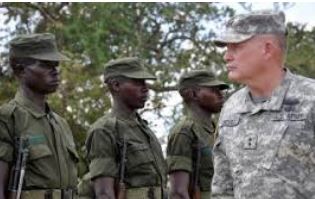 In 2007, under the pretext of the ‘war on terror’, the US consolidated its various military operations in Africa to establish the United States Africa Command (AFRICOM). With a starting budget of half a billion dollars, AFRICOM was supposedly launched to engage with African countries in terms of diplomacy and aid. But, over the course of the last 10 years, AFRICOM has been transformed into a central command for military incursions and interventions.
However, that violent role has rapidly worsened during the first year of Trump’s term in office. Indeed, there is a hidden US war in Africa, and it is fought in the name of ‘counter-terrorism’.

Read more »
Posted by Angelo Agathangelou at 6:25 am No comments: Links to this post

‘You’ve Been Part Of The Problem For Decades’: Seal Slams Oprah For ‘Ignoring Rumours’ Against Harvey Weinstein

...and says she’s an example of ‘sanctimonious Hollywood’ after her Golden Globes speech
By Jessica Finn: Seal has lashed out at Oprah Winfrey following her inspirational Golden Globes speech, claiming she knew about the rumors surrounding Harvey Weinstein but did nothing.
The talk show queen's widely-applauded speech on Sunday night focused on the plight of sexually abused women and the 'MeToo' movement. 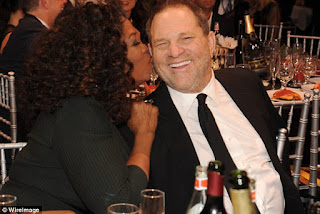 But the the 'Kiss From A Rose' singer accused the media maven of being an example of 'sanctimonious Hollywood'.
He took to Instagram Wednesday, sharing a shot of Oprah with the disgraced producer at two events with a meme that read: 'When you have been part of the problem for decades... but suddenly they all think you are the solution.'
The 54-year-old singer took it one step further, captioning the meme that Oprah knew about the various sexual misconduct allegations against Weinstein, writing 'You'd heard the rumours but you had no idea he was actually serially assaulting young stary-eyed actresses who in turn had no idea what they were getting into. My bad.'

Read more »
Posted by Angelo Agathangelou at 3:09 am No comments: Links to this post

Another Step Toward Armageddon

By Paul Craig Roberts: The US military/security complex has taken another step toward Armageddon. The Pentagon has prepared a nuclear posture review (NPR) that gives the OK to development of smaller “usable” nuclear weapons and permits their use in response to a non-nuclear attack.

As Reagan and Gorbachev understood, but the warmongers who have taken over America do not, there are far too many nuclear weapons already. Some scientists have concluded that even the use of 10 percent of either the US or Russian arsenal would suffice to destroy life on earth.
It is reckless and irresponsible for Washington to make such a decision in the wake of years of aggressive actions taken against Russia. The Clinton criminal regime broke Washington’s promise that NATO would not move one inch to the East. The George W. Bush criminal regime pulled out of the ABM Treaty and changed US war doctrine to elevate the use of nuclear weapons from retaliation to first strike. The Obama criminal regime launched a frontal propaganda attack on Russia with crazed Hillary’s denunciation of President Putin as “the new Hitler.”