If Americans Knew: Palestinian deaths are largely ignored by US media. We want people to learn about these human beings. Hamda Zubeidat died December 12th, 2017; attached is a 2-minute video about her:

Max and Stacy discuss mad markets, first mover advantage in the ‘blockchain’ business and the big profits in central bank as hedge fund model. In the second half Max interviews Adella Toulon-Foerster about HODL tourism, bitcoin as a store of value or payments system and the future of the ICO market.

The Feminist And State Persecution Of Julian Assange

“We need a political intervention to make this situation end. He (Assange) is the only political prisoner in Western Europe.” Juan Braco
Dr. Paul Craig Roberts: The persecution of Julian Assange, the founder of Wikileaks, is now seven years old. Ecuador has protected Assange for the past half decade from being turned over to Washington by the corrupt Swedish and British for torture and prosecution as a spy by giving Assange political asylum inside the Ecuadorian Embassy in London. Ecuador has now given citizenship to Assange and attempted to provide his safe transit out of England by giving him diplomatic status, but the British government continued in its assigned role of jailer by rejecting Ecuador’s request for diplomatic status for Assange, just as the most servile of Washington’s puppet states rejected the order by the UN Committee on Arbitrary Detention to immediate release Assange from his arbitrary detention. 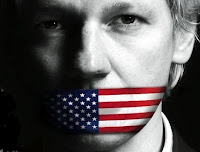 Assange got into trouble with Washington, because his news organization, Wikileaks, published files released by Bradley Manning. The files were a tremendous embarrassment to Washington, because they showed how Washington conspires against governments and betrays its allies, and the files contained an audio/video film of US military forces murdering innocent people walking down a street and then murdering a father and his two young children who stopped to give aid to the civilians the American soldiers had shot.

'The feminists cared nothing about any truth; they just wanted a man to demonize.'
Read more »
Posted by Angelo Agathangelou at 4:57 pm No comments: Links to this post

"They Know EVERYTHING About You!!" Ex-Employee EXPOSES Google

"The Orwellian future is increasingly the Orwellian present and tech barons are becoming our new commissars."
Read more »
Posted by Angelo Agathangelou at 2:49 pm No comments: Links to this post

Global Networks Are Necessary To Overcome Abusive Governments And Oligarchy

By Michael Krieger: The world around us is changing at an incredible pace, and with such change come many pitfalls as well as immeasurable opportunities. At the same time, the more things change the more some things stay the same. For example, the most important issue humans will have to confront in the years ahead is the age old issue of concentrated power.
One of the most destructive side effects of the financial crisis and the corrupt official response to it, has been an even greater concentration of wealth and power in the hands of some of the most unsavory characters planet earth has to offer. If we are to evolve and create a better paradigm, we’ll need to address this forcefully and thoughtfully.
I say thoughtfully, because what history has shown is that the typical response to a small group of crooked elites seizing all money and power is to launch a violent revolt that merely empowers another small group who said all the right things during their crusade, but then act as viciously and unethically as those they replaced once in power. This situation can and should be avoided at all costs. The idea isn’t to swap one group of rulers for another. We need to think about building a world defined by networks governed by rules, but with no rulers.

Read more »
Posted by Angelo Agathangelou at 11:46 am No comments: Links to this post

Charlotte Gill: This McCarthyite Campaign Against Men Goes Too Far

By Mike Buchanan, J4MB: A piece in Times:

The French actress Catherine Deneuve provoked an apoplectic reaction this week when she criticised the #MeToo movement. In a letter for Le Monde newspaper, she and dozens of other women argued that the latest form of feminism “takes on a hatred of men and of sexuality”, and has become too puritanical in the wake of the Harvey Weinstein scandal. Critics were quick to dismiss Deneuve, the Twitter mob crying that she was elite and out of touch. Clearly it’s unthinkable that one of the world’s most beautiful women might know a thing or two about predatory men. 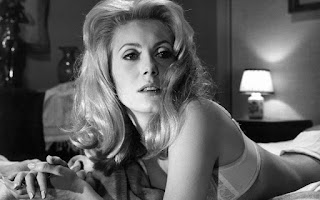 What Deneuve and other women who question the legitimacy of #MeToo have discovered is that feminism has become more of a cult than a social movement. Increasingly it demands that women think and read in the same way, and worship the same idols as #MeToo, the Lenny Letter (the online feminist newsletter) and the ridiculous Women’s Equality Party.

Read more »
Posted by Angelo Agathangelou at 9:14 am No comments: Links to this post 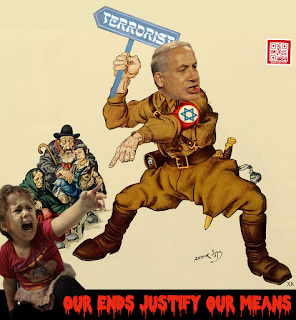 By Darius Shahtahmasebi: The Syrian Army is alleging that Israeli jets struck positions dozens of times within Syria early Tuesday morning in the al-Qutayfa area east of Damascus.
According to a statement by Syria’s General Command, the Syrian government’s air defenses not only intercepted all of the missiles Israel fired, but it even managed to counter strike one of the Israeli jets, the Jerusalem Post reports.
While the strike is unconfirmed on the Israeli side, Prime Minister Benjamin [aka Bibi the Baby Butcher of Gaza] Netanyahu referred to the recent assault during a lunch with NATO ambassadors in Jerusalem, according to the Post.
“We have a long-standing policy to prevent the transfer of game-changing weapons to Hezbollah from Syrian territory. This policy has not changed. We back it up as necessary with action,” he said.
Israel has hit Syrian territory over 100 times since the conflict began in 2011. It has also openly talked recently about bombing Lebanon. Each of these conflict theaters is aimed at containing Iran’s All of this begs the question: Why haven’t Iran, Syria, and/or Hezbollah in Lebanon responded directly?

Identity & Finding A Reason To Live

Raging Golden Eagle: No wonder guys get depressed and suicidal when what they pinned their entire identity to gets taken away. You need to find something to live for, or you know how you will end up.

Read more »
Posted by Angelo Agathangelou at 2:39 am No comments: Links to this post

In America, Male Prisoners With Money Can Pay Their Way To A Nicer Women's Style Prison Stay

Rich male prisoners in the USA can pay for a PUSSY PASS.
By Kali Holloway: For $100 a night, wealthier prisoners can serve their sentence in relative comfort.
Justice in this country [USA] has always been for the privileged. The nation’s criminal courts are particularly punitive toward those who are too poor to afford bail, represented by overworked public defenders or simply not rich enough to mount an “affluenza” defense. From arrest to conviction, wealth and whiteness are precious assets for any defendant in a system that favors both. Numerous jurisdictions profit off fines and fees that nickel and dime the poor into debtors’ prisons. And then there are Southern California’s “pay-to-stay” jails, which offer more monied inmates nicer accommodations in exchange for cash. 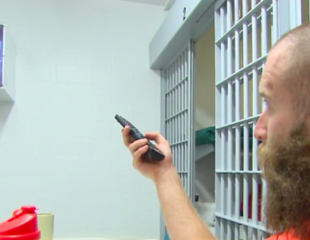 The price to stay in one of these city jails can run the gamut from $25 a day in La Verne to just over $250 in Hermosa Beach. A collaborative investigation by the Los Angeles Times and the Marshall Project found that for $100 a night, inmates in Seal Beach’s pay-for-stay program had access to “amenities that included flat-screen TVs, a computer room and new beds.” The cost also affords inmates “semi-private rooms, single showers and the ability to... make phone calls whenever they want.”