Chinese Propaganda Being Enthusiastically Embraced At U.S. Universities + Self-Reflection At The Twilight Of U.S. Empire 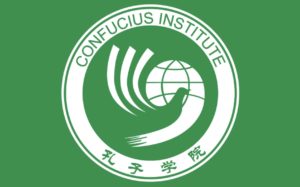 By Michael Krieger: “Confucius Institute.” It’s a benign sounding name which immediately conjures up visions of enlightenment and ancient Eastern wisdom. Indeed, that appears to be precisely the intent. Effective propaganda always drapes itself in cuddly messaging in order to distract from the nefarious agenda underneath. This is exactly what’s going on with Chinese government funded Confucius Institutes, which have sprung up at 500 universities worldwide, including 100 in the U.S.
Until yesterday, I had never heard of these entities, their direct connection to Chinese government propaganda, or the extent to which they’re multiplying. I’m sure 90% of you are in the same boat. The only reason I know anything about them now is thanks to an excellent article published in Politico titled, How China Infiltrated U.S. Classrooms.
First, let’s examine the direct links these institutes have to official Chinese efforts to propagandize overseas.
From Politico:
The Confucius Institutes’ goals are a little less wholesome and edifying than they sound—and this is by the Chinese government’s own account. A 2011 speech by a standing member of the Politburo in Beijing laid out the case: “The Confucius Institute is an appealing brand for expanding our culture abroad,” Li Changchun said.

Read more »
Posted by Angelo Agathangelou at 9:15 pm No comments:
Email ThisBlogThis!Share to TwitterShare to FacebookShare to Pinterest

Rape Trials Under Threat Thanks To Feminism

Rapists will get away with their crimes because police and prosecution failings have undermined public confidence in the justice system, the former head of the judiciary has warned.
Juries could be deterred from convicting in future sexual assault trials because they would not have faith in evidence placed before the court, Lord Judge said. The former lord chief justice spoke out after The Times exposed how four rape trials had collapsed after crucial evidence was disclosed only at the last minute. He described the disclosure failings in all four cases as alarming and deeply troublesome. 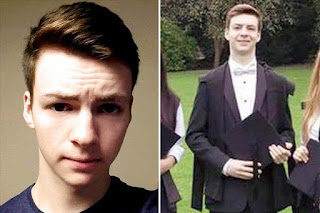 Oliver Mears, 19, an Oxford student, was cleared of rape yesterday after spending two years on bail. The Crown Prosecution Service (CPS) and Surrey police, which handed over relevant evidence days before his trial was due, were criticised by the case judge and ordered to explain in writing the “completely unnecessary” delays.

Read more »
Posted by Angelo Agathangelou at 9:13 pm No comments:
Email ThisBlogThis!Share to TwitterShare to FacebookShare to Pinterest 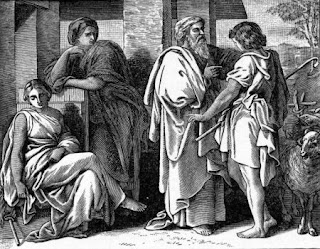 By Author Douglas Galbi: The great medieval churchman Poggio Bracciolini made a much more important contribution to world culture than merely recovering from obscurity an ancient manuscript of Lucretius’s De rerum natura. Poggio recorded for posterity Facetiae. Poggio’s Facetiae are towering monuments to medieval freedom of expression and a lost age of critical engagement with prevailing orthodoxy. Despite great medieval reverence for mother Church, Poggio even dared to write words that risked offending women.
Consider Poggio’s sexually edifying tale of the Florentine knight Rosso de Ricci and his wife Telda. Rosso de Ricci was a great man who was both spirited and serious. His wife was vindictive, scheming, and verbally abusive toward him. She was also old and far from beautiful. Not surprisingly, Telda and Rosso had a sexless marriage. Rosso naturally began sexually harassing a servant girl working within their home. Medieval servant girls were strong, independent woman fully capable of immediately reporting sexual harassment to a supervisor. This servant girl immediately reported Rosso’s sexual harassment to her supervisor, the mistress of the house, Rosso’s wife Telda.

Read more »
Posted by Angelo Agathangelou at 6:40 pm No comments:
Email ThisBlogThis!Share to TwitterShare to FacebookShare to Pinterest

The Conservative Woman: Should we all be feminists? That was the question Ann McElvoy posed for the second episode of her BBC Radio 4 series Across the Red Line. You may be tempted to ask why on earth would we be promoting this? Well, TCW’s Laura Perrins was the guest invited to say no and why not. For a change the BBC was giving a member of that highly dangerous species, the social conservatives, airtime to state the counter-feminist case – pretty much a first for the BBC.

The reason for this sally into unknown, if not enemy, territory was a ‘right-on’ attempt to find common ground between these conflicting political ideas. It is fascinating how keen the BBC have become to resolve this conflict. It can’t be anything to do with the threat posed to feminism by The Conservative Woman as we gain traction and our anti- and post-feminist ideas gain influence, can it?
Be that as it may, Laura set out her stall cogently and clearly to the obvious dismay of career feminist Joan Smith, who was left protesting: ‘I don’t recognise the world you [Laura] are living in’. Her own world, of course, is inhabited by discriminated-against and put-upon women, female victims of domestic violence and women who hardly dare brave the streets to go to work, such is the appallingly predatory nature of men. This is a woman for whom any diversion from total parity is proof of discrimination.
The full programme can be heard here. You can judge who won the argument if you can sit through its futile attempt to find common ground between Laura and Joan.

Read more »
Posted by Angelo Agathangelou at 4:20 pm No comments:
Email ThisBlogThis!Share to TwitterShare to FacebookShare to Pinterest

Gilad Atzmon: Alan was a brave man and a major contributor to our understanding of the Zionist project and Israeli politics. During his extensive career Hart served as  Middle East Chief Correspondent for ITN and BBC Panorama presenter specialising in the Middle East. His trilogy Zionism- The Real Enemy Of the Jews was amongst the deepest studies of the Israeli/Palestinian conflicts. I sometime disagreed with Alan but always learned something from this kind and knowledgeable man. RIP

Read more »
Posted by Angelo Agathangelou at 2:01 pm No comments:
Email ThisBlogThis!Share to TwitterShare to FacebookShare to Pinterest

Under The Influence - Millennial Oppressed By Reality!

Regards, Bearing. Vlogger accuses Dublin hotel owner of 'bullying' after he shares her email asking for free accommodation.
Read more »
Posted by Angelo Agathangelou at 11:22 am No comments:
Email ThisBlogThis!Share to TwitterShare to FacebookShare to Pinterest

“They were willing to wreck five families’ lives on the police altar of better statistics for rape prosecutions.”
Russia Today: Charges against five men accused of being in a pedophile ring have been dropped two weeks before trial and their accuser labelled “serial fantasist” after it was revealed the woman had made false allegations on multiple occasions.
A medical expert also said that the woman’s account of her backyard abortion – allegedly performed on her by one of the accused – had been lifted from TV show portrayals of abortions on programs like ‘Call the Midwife’ and the film ‘Vera Drake’. 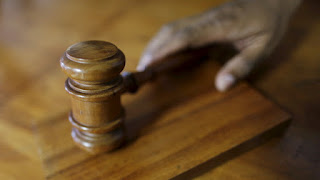 In 2016 the woman, who cannot be identified for legal reasons, made accusations against the men, saying that she had been abused at parties between 3 and 15 years of age. She said she was forced to have an abortion and help the men torture other kids.
The allegations saw retired GP Stephen Glascoe, 67, retired social worker Patrick Graham, 61, and three other men due to stand trial on January 29 for their alleged involvement in a Cardiff pedophile ring in the 1990s.
During her most recent rape accusations, the woman told police that one of the men had sent her a package from Amazon that included wires twisted in the very same way that her hands had been allegedly tied while they abused her. She later conceded that she had actually ordered the parcel herself.

Read more »
Posted by Angelo Agathangelou at 9:06 am No comments:
Email ThisBlogThis!Share to TwitterShare to FacebookShare to Pinterest

"I would expect Jews to at least pretend to be shy of power. ...There are no Jewish conspiracies, Jews are bragging about their power in America, in Bankstering in Hollywood in lobbying in media, they are bragging about it they do everything in the open. The method is silencing opposition." Said Gilad Atzmon on Turkish TV.
Posted by Angelo Agathangelou at 6:50 am No comments:
Email ThisBlogThis!Share to TwitterShare to FacebookShare to Pinterest

It's Way Past Time To Drop The Jew Taboo

It's making serious discussion of Russian geopolitics
and history next to impossible. 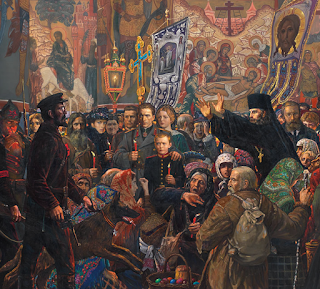 A murderous Jewish bolshevik shutting down an Easter midnight service. Detail from a larger monumental painting from 1999 by Ilya Glazunov.
By Charles Bausman: Introduction
Most people know about, but few are willing to condemn, the strict taboo in the media, of criticizing Jews as a group, using that term. One cannot even criticize a small subsection of Jews, a miniscule percentage of the Jewish population, even when they richly deserve it.
Obviously, this is a ridiculous way to run a publication whose object is to get to the truth, so I am writing this to explain why, from now on, the pages of Russia Insider will be open to articles which fairly and honestly address the influence of Jewish elites, including pointing out when it is malevolent, which it often is, and try to understand it and explain it, with malice towards none.
I have become convinced that unless we break this taboo, nothing will improve in the human catastrophe unfolding in geopolitics.

Read more »
Posted by Angelo Agathangelou at 4:33 am No comments:
Email ThisBlogThis!Share to TwitterShare to FacebookShare to Pinterest

"Guys need to be educated, ...for that platoon of whores that's going to come over the hill like Braveheart, faces painted." Bill Burr Goes on an Epic Rant on a matter that makes Jimmy Fallon Very Nervous.
Posted by Angelo Agathangelou at 2:06 am No comments:
Email ThisBlogThis!Share to TwitterShare to FacebookShare to Pinterest

The Fight For Universal Suffrage In The UK

Rick Bradford demonstrates how the Suffragettes were little more than a terrorist organisation and were completely inconsequential in securing universal suffrage for the British people.
Read more »
Posted by Angelo Agathangelou at 12:33 am No comments:
Email ThisBlogThis!Share to TwitterShare to FacebookShare to Pinterest
Newer Posts Older Posts Home
Subscribe to: Posts (Atom)