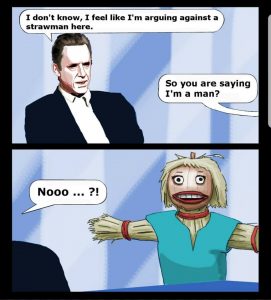 By Jordan Holbrook: Last week, Professor Jordan Peterson was interviewed by Channel 4’s Cathy Newman and, if you are reading this article then, chances are, that is all the introduction to this sordid affair that you will need. Clocking nearly 3 million views in less than a week as well as 113,000 Likes (compared to 2,000 Dislikes) and just under 55,000 comments, the interview has gone viral.
The big problem here, from Channel 4’s perspective, is how easily and deftly Peterson cuts down Newman’s aggressive and infantile ‘interviewing techniques’ – he shows her to be a complete fool. 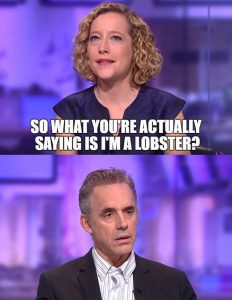 It is truly invigorating watching Newman try to reconcile (and contort) the Truth presented to her by Peterson with the Narrative she has festering in her mind, only to fail drastically. Peterson recognised this immediately, after years of experience he can smell ideological possession a country mile away.
This is not good publicity for Channel 4 and Ms Newman. Fan edits of the interview mock her, memes such as those below do much more of the same, the comments section of the interview on YouTube question her intellectual credibility and her ability to function as a newsreader and Douglas Murray penned an excellent article deriding the so-called ‘interview’.

Read more »
Posted by Angelo Agathangelou at 10:07 pm No comments: Links to this post

Trends forecaster Gerald Celente joins Ron Paul to give the scoop on what he is expecting on the economic and foreign policy front for 2018. War? Economic collapse? Peace? Prosperity?

Why Do Men Make More Than Women? - Dr. Warren Farrell

Cassie Jaye: The Red Pill: Raw Files consists of never-before-seen footage from the making of The Red Pill documentary. This footage is being released for educational purposes, to inspire discussion and debate on gender issues.
Posted by Angelo Agathangelou at 3:56 pm No comments: Links to this post

‘We’re Killing These Kids,
We’re Breaking the Army!’
Our soldiers are still redeploying at a frenetic pace that cannot keep up with reality—and the cracks are showing.
By Danny Sjursen: I’ll admit I was taken aback. This senior officer and mentor—with nearly 28 years of military service—wasn’t one for hyperbole. No, he believed what he was saying to me just then. 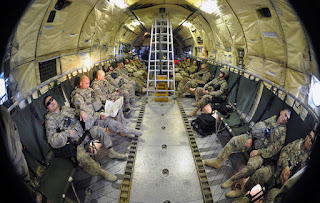 “We’re killing these kids, we’re breaking the army!” he exclaimed.
He went on to explain the competing requirements for standard, conventional army units—to say nothing of the overstretched Special Forces—in 2018: balancing Russia in Eastern Europe, deterrence rotations in South Korea, advise and assist missions in Africa. Add to that deployments to the usual hotspots in Syria, Iraq, and Afghanistan. He was genuinely concerned about the physical and emotional toll on the active-duty force, pushed to its limits by 17 years of perpetual combat. After all, with high military suicide rates now labeled the “new normal,” and a recent succession of accidental training deaths, it seems reasonable to wonder whether we are, indeed, “killing [our] kids.”

Read more »
Posted by Angelo Agathangelou at 10:15 am No comments: Links to this post 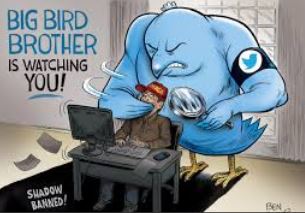 By Andre Damon: In an overt act of political intimidation, the social media platform Twitter emailed hundreds of thousands of users Saturday informing them that they had shared or followed “Russian propaganda.”
Twitter made these claims without substantiation, refusing to tell its users exactly what content they shared or viewed that fell afoul of the US government and its social media enforcers. Among the recipients of the email was the Senate’s second-highest ranking Republican, John Cornyn.
“As part of our recent work to understand Russian-linked activities on Twitter during the 2016 U.S. presidential election,” read the email sent out by Twitter, “we identified and suspended a number of accounts that were potentially connected to a propaganda effort by a Russian government-linked organization known as the Internet Research Agency.”
Taking the guise of a friendly warning, Twitter continued, “Consistent with our commitment to transparency, we are emailing you because we have reason to believe that you either followed one of these accounts or retweeted or liked content from these accounts during the election period.”
In other words, Twitter is warning its users that it knows exactly what they are viewing and sharing on social media, implying that if they post something that falls afoul of the US government, they may be subject to investigation or prosecution.

Read more »
Posted by Angelo Agathangelou at 7:49 am No comments: Links to this post

The Shocking Neo-Con-Artist Plan To Invade Iran, Paid For By Jewish Oligarchs

Intro by Dr. PCR: Another wonderful ‘strategy paper’ from the friendly folks who brought you Iraq, Libya, and Syria — this time via the Brookings Institution. Israel is where regime change is most desperately needed.
With the streets of Iran heating up in recent days and the Trump Administration's threats hanging over the nation, a look back at an analysis paper by the Saban Center for Middle East Policy at the Brookings Institute gives us a strong sense of what is driving Washington and the Deep State's agenda in the former Persian Empire. 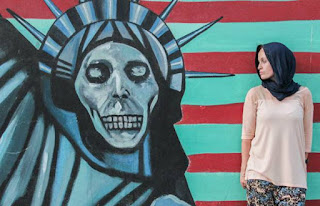 The paper, entitled "Which Path to Persia," looks at the options available to the United States as it deals with Iran and its supposed threat to Middle East stability, peace and tranquility.  The paper looks at two broad types of options; the persuasion approach, the engagement approach and the military approach.
In this posting, I will take a look at what the authors of the study recommend for the military options given that they believe that Iran will be less than willing to co-operate with either the persuasion or engagement options. Obviously, as was the case in both Iraq and Afghanistan, a military invasion is the recommended course of action.  Let's look at the authors' recommendations for an invasion.

DoctorRandomercam: Three extra chromosomes have mutated their way into the genome of TED. And no one can figure out where the radiation is coming from.

Read more »
Posted by Angelo Agathangelou at 3:12 am Links to this post

Oh Shit! Now I Have To Decide About Circumcision

Bonobo3D: A phenomenon of on-the-street intactivism is, people approach with excitement to tell of their experiences with the issue. Marilyn Coleman shared her perspective with intactivists as we prepared to march in the SF Pride Parade.