A Couple Of Videos…

By MRA-UK: Firstly, from Fingerpost Films (which brought you Persona Non Grata), you will need little more than 7 minutes to watch this video…

Women and The Vote (UK)
While your mind is on Universal Suffrage in the UK, check out this web site for the unexpurgated low-down on the Representation of the People Act 1918.
Secondly, on more general matters (anti)feminist, check out the author J P Tate in conversation in this video…

Read more »
Posted by Angelo Agathangelou at 10:04 pm No comments:

...e.g. attempting to chat up a feminist woman
By Mike Buchanan, J4MB: From the piece: 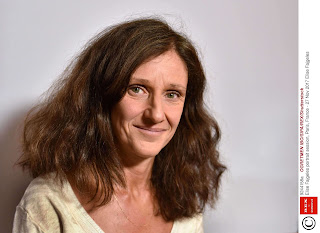 Sexist remarks could be punished in France in the same way as driving offences with fines of up to €350 under a plan to curb macho behaviour.
Five MPs commissioned by the centrist government to prepare a bill outlawing male chauvinism in public will call for a new offence of “sexist outrage” in a report later this month.
Elise Fajgeles, one of the MPs, (left) said the offence should be punishable with a Class Four fine, which is €90 (£78) if paid on the spot, €135 if settled within two weeks and €350 after that…
Critics say the scheme will be impossible to implement as men will be fined for sexist outrage only if a police officer witnesses the offence. 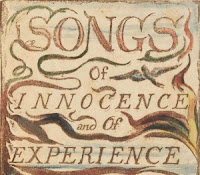 By MRA-UK: The boy was 12 in 2014 when he lost his virginity and was subsequently accused of rape by the 13 year old girl in question.
He had been at a sleep-over at a friend’s house. The boy was a first rate pupil, getting top grades, and had not previously been in trouble. He was arrested by police in his pyjamas and placed in an adult cell. Adult male prisoners were later placed in the adjacent cell. He had to give a semen sample, a DNA sample, a sample of pubic hair and had his finger prints taken. (Personally I would have been physically incapable of obliging on the first of these when I was 12). He was finally released in the middle of the night. His Mum took him home and put him to bed. But he had to return at 10:00 the next morning to be ‘interviewed’.
Upon being accused the boy was thrown out of school and forbidden to be around females under the age of 16 – despite being only 12 himself. His mother’s entire world collapsed as she realised that ‘guilty until proven innocent’ was the order of the day. She would get no assistance from the police or the social services.
It took 14 months for the trial to be held, a trial which lasted four days! We hear a great deal about grown women in rape trials having to be protected from the trauma of a court appearance by being allowed to give evidence by video. But subjecting this (now 13 year old) to four days of trial in which his life was in the balance – that’s OK, it seems.

Read more »
Posted by Angelo Agathangelou at 6:04 pm No comments:

Men Are Good!: The world has become a tough place for men. The misandry is hip deep as are the traps of places like the family courts. It is not easy for men to feel good amidst this chaos. Tom goes over some research driven ideas about things you can do to increase your sense of well being and feeling good!


I’ve decided to start listing occasions where
Judges forget how to do their jobs.
By Jordan Holbrook: It seems to me that the courts don’t want to send women to prison, they haven’t for a while. I keep seeing incidents of women being let off from prison, despite committing a prison-worthy offence.
It’s becoming really common or, it feels like it. So, being the sort that I am, I’ve decided to start compiling a list.
Anytime I see a criminal be spared jail because “muh, vagina“, I am going to list it here. I will, sometime soon I suspect, add historical cases as well.
I will initially be aiming for serious offences: offences that resulted in death, serious assault, sexual offences, false allegations, child abduction, fraud, that sort of thing. I’ll see how this list develops.

Read more »
Posted by Angelo Agathangelou at 12:06 pm No comments:

“Into Battle Over The Gender Pay Gap Myth”

By Kathy Gyngell: Earlier this week The Sun asked me whether I was up for going into battle over the question of whether women deserve equal pay with men – on the side that they do not. 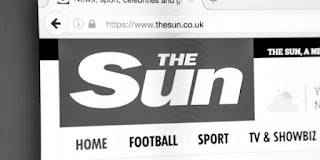 Of course I believe in equal pay for equal work – meaning by that equal hours, competence and commitment. But, as we know, a lot of feminists argue for female pay parity across the board even though most of these things are often not equal at all.
So I said yes, I was up for it.
I’ve been horrified by the way the feminist gender pay gap lobby have forced their phoney theory on to employers, public and private alike and in the law. It was on the basis of this spurious theory that Birmingham Council was forced to back-pay dinner ladies who claimed their work deserved equal pay to the heavy lifting of bin men. It nearly bankrupted the city. Needless to say in the decades that preceded Birmingham’s forced recognition of these part-time ladies’ claims, few, if any, of them had rushed to be employed in the better-paid role of working on the bins, to up their wages. Can’t think why.
Lifelong feminist campaigners continue to make this their mission, pressurising employers to treat women as the same as men, and worthy of the same pay and promotion regardless, even when they work fewer hours and have more ‘compassionate’ time off to deal with child care matters. It really cannot be helping the country’s productivity.

Independent Man:
Another look at the aftermath of the now infamous interview.
Posted by Angelo Agathangelou at 6:47 am No comments:

By Tyler Durden: Russian military jets of the Pacific Fleet’s naval aviation unit (Pacific Fleet) in Kamchatka, a peninsula in the Russian Far East, have been drilling at supersonic speeds along the country’s Pacific coastline preparing for a rapid enemy incursion. 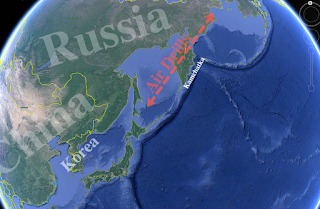 Earlier this week, fighter-pilots conducted supersonic air battles as high as 20km (12.4274-miles) in the stratosphere, while they simulated intercepting enemy fighter aircraft at high rates of speed, said Itar-Tass. One of the fighter jets had to find and intercept the second, who played the violator, without using land-based technologies such as air defense weapons, the official representative of the Pacific Fleet, Nikolai Voskresensky, stated.
“The high-altitude fighter-interceptor MiG-31, flying at an altitude of about 20 km, acted as a violator of the air border, before the crew of the 'intruder' was to penetrate at the maximum speed into the airspace of Russia, to go through the established line and escape from possible persecution. On the alert from the Yelizovo air base (Kamchatka Krai), the MiG-31 interceptor was raised . In order to complicate the task, the search for and destruction of the “offender” was ordered by the MiG-31 crew independently, without the involvement of ground agents Defense“

The Banality Of Good + Lucky Pence

By Clara S & Gilad Atzmon: The following is the first segment of fearless eight parts exchange between German Left voice Clara S and ex Israeli Jazz artist Gilad Atzmon. We spoke about  Israel, Palestine, the Holocaust, peace and delusion, Left and Right, the meaning of the past and the prospect of a future within the context of the current identitarian dystopia. 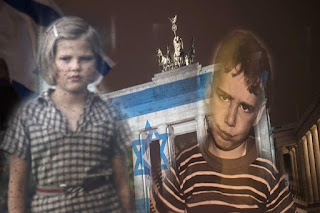 Peace cannot be kept by force; it can only be achieved by understanding (Albert Einstein)
In cases of doubt – stay coherent! (Kurt Flasch, German philosopher and historian)
Growing up
Clara:   What does the Holocaust mean to you?
Gilad: This is pretty loaded question. The answer is undoubtedly a multilayered one.
Clara:   So let’s have a look at the layers and loads in this conversation. How did the Holocaust come into your life?
Gilad: I grew up in Israel, I was surrounded by people with tattooed forearms; some of them were members of my family.
Clara:   So the Holocaust was part of your reality from the day you were born?
Gilad: That is hard for me to say although it was clearly there. But I do not think that we, Israelis born in the 1960s, were that concerned about the Holocaust.  Both my parents were born in Palestine.

Read more »
Posted by Angelo Agathangelou at 12:09 am No comments: