What Happened To The Grid Girls??

The Nuclear Posture Review: The World Will Not Survive The American Neo-Con-Artists’ Doctrine Of US World Hegemony

By Dr. Paul Craig Roberts: The government of the United States is clearly in demonic hands. We are overflowing with proof. Take today (2-2-18) for example. A report from the House Intelligence Committee was released that is proof that the Federal Bureau of Investigation, the Department of Justice (sic), and the Democratic National Committee are engaged in a conspiracy against American democracy and the President of the United States with the full support of the presstitute media. 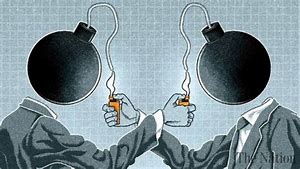 As if that is not enough, also released today is the Pentagon’s new Nuclear Posture Review. A nuclear posture review specifies a country’s attitude toward nuclear weapons and their use. In past posture reviews, nuclear weapons were regarded as unusable except in retaliation for a nuclear attack. The assumption was that no one would use them. There was always the possibility that false warnings of incoming ICBMs would result in the nuclear button being pushed, thus setting off Armageddon. There were many false warnings during the Cold War. President Ronald Reagan was very concerned about a false warning resulting in mass death and destruction. This is why his principal goal was to end the Cold War, which he succeeded in doing. It did not take successor governments long to resurrect the Cold War.
The new US nuclear posture is a reckless, irresponsible, and destabilizing departure from the previous attitude toward nuclear weapons. The use of even a small part of the existing arsenal of the United States would be sufficient to destroy life on earth.

Bossy Feminism And The Male Lemmings

‘If men are pushed too hard to feminise,
they will become more and more interested
in harsh, fascist political ideology.’ 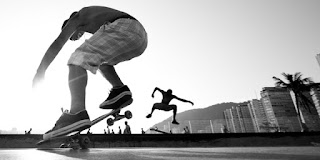 By Niall McCrae: Men must wake up, says Jordan Peterson. And they had better do so quickly, because a society of bossy feminism and male lemmings is on the road to ruin. Compliant men schooled in the problematisation of masculinity learn to accept their lot, but others are less able or willing to adapt. Consequently marriage, the foundation of a stable civitas, is in serious decline. The mainstream media has tunnel vision on this trend, as lifestyle writers tell women that they must demand the best, while also observing the paucity of suitable partners. Women have overtaken men educationally and increasingly in the workplace. As politics and the broader culture become more gynocentric, there is little doubt that men are being left behind.
Missing in those often blatantly misandrist articles is the perspective of men themselves. It is not surprising that fewer and fewer come to the fore. A man in his late twenties who didn’t go to university but instead gained an apprenticeship in the real world of work finds that his lack of qualifications counts against him in internet dating. When he eventually meets a female partner, he risks taking on a huge student debt from her humanities degree, with no savings to contribute to a first step on the housing ladder. If the marriage were to fail (a common outcome these days), he could be financially submerged. But this adversity escapes mention in the weekend supplement articles written by privileged feminists.

Read more »
Posted by Angelo Agathangelou at 3:42 pm No comments: Links to this post

The ‘Mnuchin massacre’ and one-way bets on the dollar are among the topics for Max and Stacy in this episode. In the second half, Max interviews Nomi Prins, author of the soon-to-be-released book, ‘COLLUSION: How Central Bankers Rigged the World’. They also discuss the current market situation and how a new Fed chairman may approach a crash.
Posted by Angelo Agathangelou at 1:17 pm No comments: Links to this post

Men Are Good!: We live in a world that assumes men are guilty simply due to being accused by a woman. Just how did we get to this point? Look no farther than the Violence Against Women Feminists and their work to disrupt due process by campaigning that accusing women should always be believed.

Read more »
Posted by Angelo Agathangelou at 10:16 am No comments: Links to this post

By Glenn Greenwald: A federal judge on Thursday ruled that a Kansas law designed to punish people who boycott Israel is an unconstitutional denial of free speech. The ruling is a significant victory for free speech rights because the global campaign to criminalize, or otherwise legally outlaw, the Boycott, Divestment, and Sanctions movement has been spreading rapidly in numerous political and academic centers in the U.S. This judicial decision definitively declares those efforts — when they manifest in the U.S. — to be a direct infringement of basic First Amendment rights guaranteed by the U.S. Constitution. 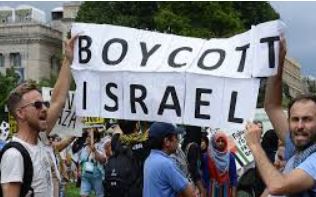 The invalidated law, enacted last year by the Kansas legislature, requires all state contractors — as a prerequisite to receiving any paid work from the state — “to certify that they are not engaged in a boycott of Israel.” The month before the law was implemented, Esther Koontz, a Mennonite who works as a curriculum teacher for the Kansas public school system, decided that she would boycott goods made in Israel, motivated in part by a film she had seen detailing the abuse of Palestinians by the occupying Israeli government, and in part by a resolution enacted by the national Mennonite Church.
Read more »
Posted by Angelo Agathangelou at 8:00 am No comments: Links to this post

A Brief History Of The Feminist Revolution - Part 1 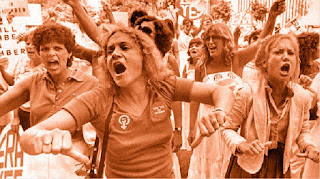 By Maxwell Light, Ph.D.: The word “feminism” was coined by French philosopher, Charles Fourier, in 1837.1 It is perhaps ironic that the term was coined by a man, but he was in fact a man who was interested in the plight of women. Fournier, therefore, could be called the father of modern feminism and the first feminist man. Feminism existed before Fourier, but it got is name and began its formal history after Fournier.
In one form or another, and under one name or another, feminism has existed in other cultures going back to ancient times. Kenneth Minogue2 noted the existence of something akin to feminism during the waning periods of both the Roman and Greek empires, when lesbianism and women’s rights could be seen in the writings of the Greek poet, Sappho, who came from the island of Lesbos, and in classical Greek plays, as, for example, in the character, Lysistrata, who convinces the women of Greece to withhold sexual privileges from their husbands as a means of forcing the men to negotiate a peace treaty. A form of feminism also existed at the end of the ancient Roman Empire.
Feminist-like movements fluctuated over the centuries, at times seeing women lauded as objects of chivalric devotion and romantic love, or conversely burned at the stake for having “notions” or thinking or acting in ways that were considered dangerous.

Read more »
Posted by Angelo Agathangelou at 5:47 am No comments: Links to this post

Demystifying US And Israeli Power

Government is the entertainment division
of the military-industrial complex.
Frank Zappa
By Susan Cain and Mark Mason: Introduction 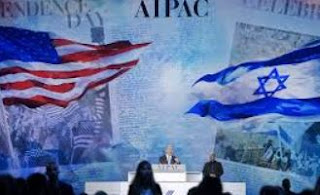 If paying attention to the mass media, one would think that politicians have power, that the President of the USA has power, or even that AIPAC has power -- They don't. He doesn't. AIPAC doesn't. Few people understand American imperial power because it's difficult to comprehend the unprecedented concentration of vast wealth in the hands of a few dozen individuals, and the ramifications for the rest of the world. Never before have so few people possessed so much wealth, and thus so much power over everything, including the US government, Israel, AIPAC, and --- everything within the imperial American sphere of corporate influence. The Earth is under the control of a few hundred corporations, and a few thousand capitalists. The apparent power of AIPAC to influence US policy is based upon the intense media presence AIPAC does have while real power remains present but pushed into the media background. In this paper, we examine the power relationship between the USA and Israel.

'Israel is a subsidiary, a brand-name logo to disguise
US corporate imperialism.'
Read more »
Posted by Angelo Agathangelou at 3:22 am No comments: Links to this post

If Americans Knew: Companies like PayPal are Crushing Palestinians details on this Headlines From Palestine with Chris Smiley.
Posted by Angelo Agathangelou at 12:41 am No comments: Links to this post