1000s Of Jobs In Ohio, USA Are Left Unfilled Because People Can't "Pass A Drug Test"

"Everyone's loaded, all the time!"
By Tim Pearce: The manufacturing industry in Ohio is expanding under the Trump administration, but growth is stunted because many potential employees are also addicted to drugs.
Steve Staub, who runs Staub Manufacturing Solutions in Ohio, attended the State of the Union address Tuesday as a special guest to President Donald Trump. While there, aside from participating in the pageantry, Staub discussed problems in the manufacturing industry and business in general with the president.

Staub mentioned to Trump the toll the opioid crisis has had on business’ ability to fill jobs. About two million Americans nationwide are addicted to the drug. The crisis has been particularly hard on Staub’s home state of Ohio, were thousands of job applicants are turned away because of substance abuse.
“In Ohio alone, they have about 20,000 available jobs in manufacturing. In Dayton, Ohio, where I’m from, we have about 4,000 jobs available today in manufacturing that we can’t fill,” Staub told TheDCNF.
“We can’t get people to pass a drug test.”
Read more »
Posted by Angelo Agathangelou at 10:36 pm No comments: Links to this post

'It was cultural Marxism, a bunch of post Marxist tribal ideologists who thought and still think that it is down to them and only to them to decide who deserves a platform
and what are the boundaries of freedom' 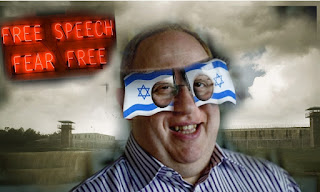 By Gilad Atzmon: Stephen Pollard, the caricature of an editor for the rabid Zionist Jewish Chronicle, an outlet that operates as an Israeli mouthpiece and has openly waged intense campaigns against freedom of speech, has once again expressed his support for elementary rights including the right to offend. In today’s Daily Mail Pollard writes: “Snowflakes? They're today's fascists!” Pollard often champions 'freedom of speech.' This time he probably tries to gain credit with the PM office following the attack on Tory MP Jacob Rees-Mogg as he attempted to give a talk to students at Bristol University.  I need not mention that I didn’t see Pollard or the JC denouncing Zionist hooligans who interfered with my right to play Jazz. Nor did I see the JC or Pollard fight for Alison Chabloz‘s right to perform her cabaret. Maybe in Pollard’s universe, freedom of speech is an exclusive realm.

A Brief History Of The Feminist Revolution Part 2

By Maxwell Light, Ph.D.:
The Third Wave
By the beginning of the 21st century the third wave of feminism had become entrenched in American culture, and also in the cultures of Europe.  By now the revolution was over, and feminism had taken over as the predominant belief system.  It had installed its own brand of law, feminist law, which might be compared to the Sharia law used in fundamentalist Muslim countries, a law that operated according to the new fundamentalist feminist belief system. 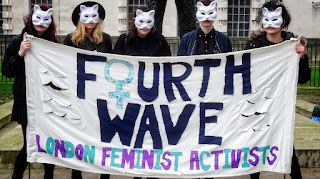 The old belief system, which existed in America before the second wave of feminism, was a combination of classical liberal morality and religious morality.  The founders of the constitution stressed religious freedom, pursuit of life, liberty and happiness, freedom of speech, and a kind of live and let live ethos.  People were judged as individuals and whether they were open-minded and caring individuals.  It was a system devised primarily by males, with the advice of women.  The new feminist belief system was modeled after the Marxist system.  It saw men as victimizers and women as victims.  Feminist slogans became the cornerstone of a new morality, which establishes females as the superior and good sex and men as a bad sex who were responsible for all the wrongs that had happened to the world.

Read more »
Posted by Angelo Agathangelou at 5:05 pm No comments: Links to this post

Read more »
Posted by Angelo Agathangelou at 2:59 pm No comments: Links to this post

A Male Backlash Against #MeToo Is Brewing 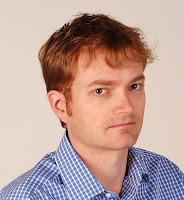 By Kyle Smith: Men are scared, and feminists are delighted. But the urge to call out and punish male sexual transgression is bound to clash with an inescapable truth: We’re all in this together, men and women.
Consider what’s happening in the capital of Florida. Female staffers and lobbyists have found “many male legislators will no longer meet with them privately,” reported The Miami Herald. “I had a senator say, ‘I need my aide here in the room because I need a chaperone,’ ” lobbyist Jennifer Green told the paper. “I said, ‘Senator, why do you need a chaperone? . . . Do you feel uncomfortable around me?’ ‘Well,’ he said, ‘anyone can say anything with the door shut.’ ”
“I’m getting the feeling that we’re going back 20 years as female professionals,” said Green, who owns her company. “I fully anticipate I’m going to be competing with another firm that is currently owned by some male, and the deciding factor is going to be: ‘You don’t want to hire a female lobbying firm in this environment.’ ”
This kind of thinking is catching on in aggressively P.C. Silicon Valley, where men are taking to message boards like Reddit to express interest in sex segregation — sometimes labeled “Men Going Their Own Way,” or the “Man-o-Sphere.” How will that work out for women in the tech industry, where they already face substantial challenges?
Across industries, “Several major companies have told us they are now limiting travel between the genders,”

The Court Of Go Fuck Yourself + The #MeToo Feeding Frenzy

johntheother: The feminist project to end civilization is coming along nicely.

Read more »
Posted by Angelo Agathangelou at 10:28 am No comments: Links to this post

"Have a cry space for menopausal female officers. ...Nottinghamshire, the same town in the UK where women can have you arrested for flirting with them."
Posted by Angelo Agathangelou at 7:54 am No comments: Links to this post

"I feel this is demeening to women so they shouldn't do it!"
Said Independent Man.
Posted by Angelo Agathangelou at 5:08 am No comments: Links to this post

It’s [USA] Like “Nazi Germany” - Not quite as bad as the Jewish state Israel yet then, but getting there.
By Matt Agorist: In May of 2014, Ronnie and Lisa Hankins were driving back from his grandfather’s funeral in Virginia when they were targeted by a gang of police officers in search of cash.
As Lisa drove the couple westbound down I-40, they saw an officer, who happened to be with the 23rd Judicial District Drug Task Force, and Hankins correctly predicted that they were about to be pulled over.
“I told her we are going to get pulled over,” Ronnie said to NewsChannel 5.
“What made you think he was going to stop you?” NewsChannel 5 Investigates asked. 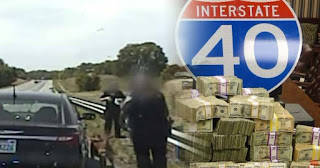 “Because we had out-of-state license plates and my wife is Hispanic,” he explained.
The couple was then pulled over, and the officer quickly separated them before beginning his harassment of Lisa. In the video, the officer is heard badgering Lisa in an attempt to get her to consent to a search.
“You say there’s not anything illegal in it. Do you mind if I search it today to make sure?” the officer asked.
Lisa responded, “I’d have to talk to my husband.”
The cop continued to intimidate and harass her, “I am asking you for permission to search your vehicle today

Jewish Israel land thieves have carried out 2,700 ‘secret’ assassination operations that we know about. 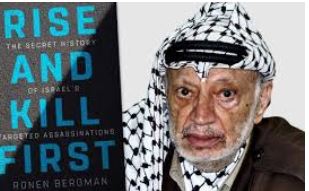 By Koushik Das: Poisoning toothpaste….triggering explosion through cell phones…… bombs dropped from flying drones! Since its creation in 1948, Israel has carried out nearly 2,700 ‘secret’ assassination operations in the last 70 years. Although many of these attempts have not been successful, the success rate of Israel is far better than the Western countries.
After a long interaction with the Israeli spies, journalist Ronen Bergman has penned a book – ‘Rise and Kill First: The Secret History of Israel’s Targeted Assassinations’. In his publication based on 1,000 interviews and thousands of documents, Bergman narrates various ‘strange’ methods – adopted by the Israeli spies over the years – to eliminate personalities who in some way or the other proved to be threat to them.
Before writing the book, the 45-year-old Israeli journalist met a number of agents of Mossad and Shin Bet – the two intelligence organisations of his country. Bergman also interviewed some senior Army officers who were allegedly involved in such ‘expeditions’. The 600-page book has enough information to ‘surprise’ the readers.
The essence of those secret missions of Israel was: “If someone comes to kill you, rise up and kill him first” (an ancient Jewish Talmud admonition). The Army officers argue that such missions help avoid ‘costly’ warfare.