'Bias in favour of girls occurs in all subjects and all years'
By MRA-UK: In 2014 I published “The Trouble with Boys in Education”. In it I showed how published SATS results at Key Stage 2 (11 year olds) contained clear indication of teacher bias against boys. The data extended to year 2013. Here I repeat the exercise using more recent data, up to 2016. The data up to 2015 can be found here, and that for 2016 here.
Until 2015 the KS2 SATS results were expressed as an attainment ‘level’ of 2, 3, 4, 5 or 6. Level 5 was the expected attainment at age 11, whereas Level 6 was a superior score. Level 4 was OK, but a little below the target attainment, whilst Levels 2 and 3 were seriously below expectation. 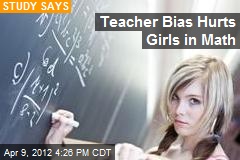 Read more »
Posted by Angelo Agathangelou at 9:48 pm No comments: 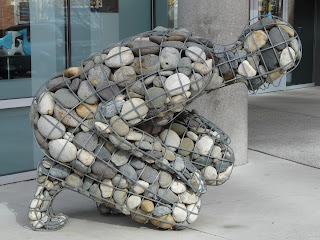 Via James, J4MB: The start of the piece, emphases ours:

A bill to criminalise psychological domestic abuse has been passed, with some campaigners saying it “could change Scotland forever”.
The Domestic Abuse bill, which has wide backing, creates a specific offence of “abusive behaviour in relation to a partner or ex-partner”.
This includes psychological abuse such as coercive and controlling behaviour as well as violence.
Critics claimed it could be difficult to gather sufficient evidence.
However MSPs voted by 118 to one to pass the legislation, with every member speaking in favour during the final debate.
It later emerged that Conservative Margaret Mitchell – who had spoken of the “total consensus” behind the bill – had recorded the only vote against. She said she pressed the wrong button during the vote and blamed the mistake on not wearing her glasses. [J4MB: We need more women in politics.]
Members stood to applaud domestic abuse survivors in the public gallery after the result was announced.

Read more »
Posted by Angelo Agathangelou at 7:24 pm No comments: 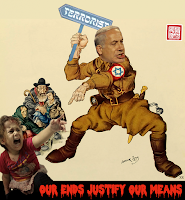 By Middle East Eye: Israel began warning thousands of African migrants on Sunday that they must leave by the end of March, officials said, under a plan that could see them jailed if they refuse.
On 3 January, Prime Minister Benjamin 'Baby Butcher' Netanyahu announced implementation of a plan to deport about 38,000 migrants who had entered the country illegally, mainly Eritreans and Sudanese.
The controversial plan gives them until the end of next month to leave voluntarily or face jail and eventual expulsion.

Immigration authority spokeswoman Sabine Haddad told AFP that officials began issuing migrants letters on Sunday advising them that they had 60 days in which to leave the country voluntarily.
For now, the notices are being given only to men without families, officials said.
Israeli newspaper Haaretz said “anyone recognised as a victim of slavery or human trafficking, and those who had requested asylum by the end of 2017 but haven’t gotten a response” would also be exempt for now.
It added that this left the number subject to near-term deportation at “between 15,000 and 20,000 people.”

“The Farce Of The Presidents Club Allegations”

“Plenty of women enjoy it, it’s fun, there’s free alcohol, they have a laugh, sometimes they make friends, they got job offers … some women on the night told me they had multiple job offers from men in the room that night.” – Madison Marriage

Clawback
By Jordan Holbrook: On Tuesday 23rd January, Madison Marriage published her article in the Financial Times following an investigation into the Presidents Club, a charitable fundraiser attended by rich men, which allegedly revealed how hostesses at the event were groped, sexually harassed and propositioned.
There has been a great deal of furore since the publishing of the article, people have lost jobs, the club has disbanded, it reached Prime Minister Theresa May who was “frankly appalled when [she] read this report of the Presidents Club event”. Jess Phillips whinged in a jealous rage about how “women were bought as bait for men, who are rich men, not a mile from where we stand”. The moral grandstanding from someone who openly laughed about suicide is hypocritical to say the least.
This article comes at a time where the Narrative on sex and consent has been thrown into the air: ten cases of rape and sexual assault collapsed in five weeks over December and January, exonerating sixteen men. All rape cases are to be reviewed by the Crown Prosecution Service (CPS), totalling in the thousands. The nation has been shocked, false allegations and corrupt prosecutions are real and “it happens every day”. The feminist narrative of “rape culture” and the everyday normalisation of rape has been utterly destroyed.

Cassie Jaye: The Red Pill: Raw Files consists of never-before-seen footage from the making of The Red Pill documentary. This footage is being released for educational purposes, to inspire discussion and debate on gender issues.
Posted by Angelo Agathangelou at 11:00 am No comments:

Read more »
Posted by Angelo Agathangelou at 8:50 am No comments:

The #Suffragettes Were Terrorists

Read more »
Posted by Angelo Agathangelou at 6:49 am 1 comment:

If global capitalism is a problem, we may have to consider the idea that equality within borders is a possible answer.
Gilad Atzmon: 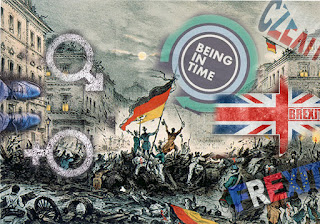 Global Tribes vs. National Pride
Clara:   I have just been reading a Canadian Jewish news bulletin and all the tribal features are there: the community life with kosher catering, the private Sunday schools with their curriculum of Jewish culture, Judaism and the Holocaust, the comment on why we shouldn’t sympathize with Palestinian children and the trip for adolescents to Israel where each of them is supposed to find out ‘what Israel means to me’.
In my opinion one of the flaws of biologically oriented identity politics is the belief that ‘the differences between the respective identity groups are bigger than the differences within the group’ as the ‘Saker’ defines ‘racism’. I am not sure that supporting Israel’s politics is really in the best interests of all the Canadian (US-American, British or German) Jews or even in the best interests of the Israelis themselves. But as members of the tribe they are all on board of the same ship.
Is that what you mean when you argue that identity politics are a tool of globalization and that  the ‘identitarian tribes’ are used to support Neocon / Zionist policies?

'The international feminist movement
was used to promote wars'
Read more »
Posted by Angelo Agathangelou at 4:27 am No comments:

Ron Paul: The global reach of the US military is vast, covering most of the globe with a permanent presence. Is this vast empire keeping us safe? Or is it provoking anger against the United States? Are bases resented overseas?
Posted by Angelo Agathangelou at 12:24 am No comments: