Man Paradise: The pilot episode of Man Paradise, a story about a man who is divorce raped, loses everything, goes MGTOW and lives out his days in paradise.
Posted by Angelo Agathangelou at 10:00 pm No comments: Links to this post 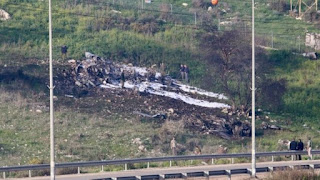 By Tyler Durden: Update: According to Al Masdar, the Israeli pilot whose warplane was shot down by Syrian air defense forces on Saturday morning has died from injuries sustained during the engagement.While according to initial reports both crew members ejected – the weapons operator with light injuries and the pilot with ‘severe’ injuries, according to subsequent, still unconfirmed, reports, the Israeli pilot with serious injuries has died in hospital. No further details were given according to Al Masdar. This report however is being denied by the Times of Israel  which reported that the pilot suffered wounds to chest, abdomen while ejecting from jet; co-pilot set to be released home Sunday.


The condition of the pilot, who was seriously injured after he was forced to evacuate the plane, stabilized Saturday morning, but he was still unconscious and connected to a respirator, doctors at Haifa’s Rambam Medical Center said.

The condition of a seriously wounded Israeli pilot began to improve Saturday, after he underwent surgery for injuries he sustained while ejecting from his plane over northern Israel, in the midst of a severe confrontation between Israel, Syria, and Iran, the ToI reported.

By Ricardo Vaz: The International Meeting for Science in Palestine, organized recently in Cambridge, United Kingdom, by Scientists for Palestine, was dedicated to exposing the reality in Palestine when it comes to higher education and research, as well as stepping up efforts to help develop science in Palestine.
The meeting was quite effective in disproving the idea that we can talk about science (or anything) in Palestine without mentioning the occupation. 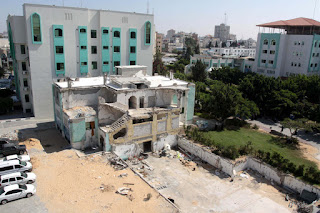 The destroyed science laboratories at the Islamic University of Gaza in September 2010, nearly two years after it was bombed by Israel during its 22-day assault in winter 2008-2009. Reconstruction of the facility was hampered by Israel’s severe restrictions on imports of building materials into Gaza. The university would be bombed again in subsequent Israeli attacks. Mohammed Asad APA images
The testimonies from Palestinian participants, both in person and remotely, painted a clear picture of the impact of the occupation on education and scientific research. From checkpoints stifling movement, to student dormitory raids, to arbitrary university closures, it is clear that the occupation is the main obstacle to the development of science in Palestinian institutions.
The situation is even worse in the besieged Gaza Strip, where there are only a few hours of electricity per day and it is near impossible to import anything, let alone equipment for scientific research.

By Charles Hugh Smith: How can central banksters "retrain" participants while maintaining their extreme policies of stimulus?
Human habituate very easily to new circumstances, even extreme ones. What we accept as "normal" now may have been considered bizarre, extreme or unstable a few short years ago.

Three economic examples come to mind:
1. Near-zero interest rates. If someone had announced to a room of economists and financial journalists in 2006 that interest rates would be near-zero for the foreseeable future, few would have considered it possible or healthy. Yet now the Federal Reserve and other central banks have kept interest rates/bond yields near-zero for almost nine years.
The Fed has raised rates a mere .75% in three cautious baby-steps, clearly fearful of collapsing the "recovery."
What would happen if mortgages returned to their previously "normal" level around 7% from the current 4%? What would happen to auto sales if people with average credit had to pay more than 0% or 1% for a auto loan?
Those in charge of setting rates and yields are clearly fearful that "normalized" interest rates would kill the recovery and the stock bubble.
2. Massive money-creation hasn't generated inflation. In classic economics, massive money-printing (injecting trillions of dollars, yuan, yen and euros into the financial system) would be expected to spark inflation.
As many of us have observed, "official" inflation of less than 2% does not align with "real-world" inflation in big-ticket items such as rent, healthcare and college tuition/fees. A more realistic inflation rate is 7%-8% annually, especially in the higher-cost regions of the US.

Read more »
Posted by Angelo Agathangelou at 2:46 pm No comments: Links to this post

Max and Stacy discuss the ‘unreal’ flows into ETFs in January as the Atlanta Fed predicts a 5.4% GDP number for Q12018. Despite that, markets continue to show worrying signs of volatility around the world and, in Hong Kong, there are reports of massive outflows of cash at ATMs in the territory. In the second half, Max interviews Mish Shedlock of MishTalk.com about this take on the Atlanta Fed’s GDPNow forecast of 5.4% and the Bank of Japan’s wacky offer to spend ‘unlimited amounts’ buying 10-year bonds.
Posted by Angelo Agathangelou at 12:08 pm No comments: Links to this post

US Massacre Of Syrians Threatens To Unleash Wider War

By Bill Van Auken: US warplanes and artillery batteries carried out an unprovoked massacre of up to 100 pro-government troops in the northeastern province of Deir Ezzor Wednesday, signaling the initiation of a new and far more dangerous stage in the more than three-year-old direct US military intervention in Syria.
The Syrian government denounced the attack as a “war crime” and “direct support to terrorism,” insisting that its forces came under US attack as they were carrying out an operation against Islamic State of Iraq and Syria (ISIS) elements between the villages of Khasham and al-Tabiya on the eastern side of the Euphrates River. 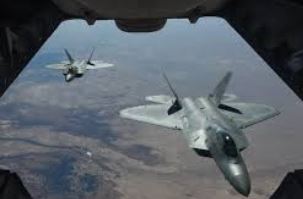 While the Pentagon proudly claimed to have killed 100 pro-government fighters, Damascus allowed that the US strikes claimed “the lives of dozens, injuring many others and causing massive damage in the area.”
The Syrian Observatory for Human Rights, meanwhile, said it had confirmed only 20 dead among the pro-government forces.
Whatever the precise number of casualties—the Pentagon’s figures are suspect given that the bombings and artillery barrages were not followed up by any ground attack—the incident marks a major escalation of US aggression against Syria, eclipsing the firing of 59 US cruise missiles last April in response to an unsubstantiated allegation of a chemical weapons attack in Idlib province.

Read more »
Posted by Angelo Agathangelou at 10:02 am No comments: Links to this post

"Not celebrating big buts is white feminism!"
RI TV: White female feminists are under attack by "intersectional" feminists and it's hilarious to watch. "White feminism" is now in the same category as "White supremacy" and "White privilege."

By ByRobin Jenkins: Swayne O’Pie has been rebuffed once in his bid to get Gloucestershire people on board with his campaign to improve the lot of men in Britain. 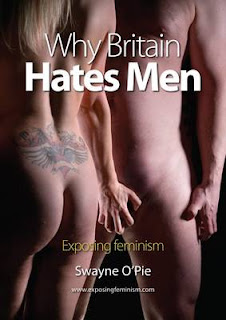 Last year he had a meeting in a Cheltenham pub lined up but, following complaints from women, it refused to let him stage the event there.
But that has not put the 68-year-old, who lives in Wotton-under-Edge and is the founder of The Society to Establish a Minister for Men, off.
He is keen to spread his message, that there should be a minister for men as well as for women, across the country and is targeting his home county.
If he can find a venue that will hold 50 to 60 people, he will give an initial talk he hopes would lead on to the formation of a Gloucestershire branch of his campaign.
It would meet regularly, supporting his bid to get the Government to make the ministerial appointment.
The retired lecturer says he has nothing against women but feels the balance to protect their needs has tipped too far. Men, he argues, are being discriminated against.
Being a father of three grown-up men, who has been divorced from his wife for many years, he says he knows a thing or two about what men need.

American Hysteria Over Russia Will Lead To Nuclear War

Authored by Seraphim Hanisch: Russian media reacts strongly to the American Nuclear Posture Review, which tries to convince its readers that Russia is trying to take over the world...
Russian television broadcast a dire sounding piece on February 5th that probably was rather disquieting to most Russians, and also a source of significant dismay to their hopes for a rapprochement in relations following the election of Donald Trump to the Presidency of the United States. 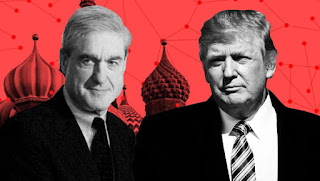 The news agency “Vesti” explained that the US is preparing itself for nuclear war with Russia.
The US Department of Defense published its 2018 Nuclear Posture Review.  This consists of at least two documents that are public domain that detail the assessment the DoD made about nuclear threats from around the world.  The language about Russia is curious, for like Russia, the US repeatedly maintains that there is no desire for anything but good relations.
However, this is unfortunately either a blind claim or a willfully blind claim for the sake of propaganda.
Based on the insanity of the US government’s reaction or posture about Russia overall, with the military fears, the sanctions and the most recent incidents of the release of the “Kremlin list” of government heads and successful businessmen and women, and the close flyby of a Russian fighter jet to an American surveillance aircraft, the ever-present “RussiaGate” investigations;

By Bettina Arndt: British journalist Douglas Murray said he’d never seen a television interview more catastrophic for the interviewer. Others are naming TV journalist Cathy Newman’s grilling of Canadian psychologist Jordan Peterson as a pivotal moment exposing modern feminism’s clay feet. Within three days of the 30 minute Channel 4 interview being posted on YouTube it had attracted over 2 million viewers and Newman’s performance was greeted by widespread hilarity on the twittersphere. 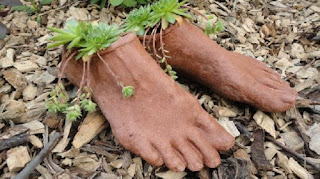 Channel 4 now seems to have woke up to the self-inflicted damage the interview is doing to one of the station’s stars and is in damage control with Newman playing the victim role claiming she’s receiving “vicious misogynistic abuse.” Station management is employing extra security to deal with what they claim are threats to Newman’s safety. Whilst there is no evidence the flood of online criticism of Newman constitutes any threat, Peterson has responded by telling his supporters to constrain their comments.
Ironically the major gotcha moment in the interview was all about freedom of speech. Newman decided to grill Peterson about the reason the Canadian psychology professor had first attracted international attention – namely his refusal to use manufactured gender pronouns now mandated under law in his country. After a series of ill-informed, aggressive attacks failed spectacularly to disconcert her calm, reasoned guest, Newman asked Peterson, “why should your right to freedom of speech trump a trans person’s right not to be offended?”