That which appears as harsh political polarity within the Jewish world is more than often a mere camouflage. 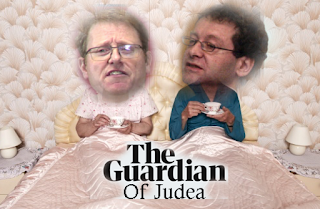 By ex-Jew Gilad Atzmon: In The Wandering Who I argue that Jews appear to disagree on many things but rather often they agree on the most ‘important things’. I contend that that which appears as harsh political polarity within the Jewish world is more than often a mere camouflage.
To learn more read this.
Though it is clear that Jewish hawks and Zionists are collaborating enthusiastically with the so-called ‘progressives’ only rarely do we manage to find evidence of such teamwork. Ahead of the American election we, for instance, were shocked to learn that the so-called solidarity activist Max Blumenthal fabricated a story on the 2012 Benghazi attack on the pages of the Guardian in order to divert attention away from Secretary of State Hillary Clinton’s blunders in Libya at the time that his papa Sidney Blumenthal was financially invested in reconstruction and regime change in Libya. Hillary Clinton was delighted by Max’s spin. She wrote to Sidney ‘your son is a Mitzvah.’
This Morning the Guardian of Judea is exposed once again.

Pedo To The Metal

Turd Flinging Monkey: Feminists and Traditionalists are two sides of the same coin of Gynocentrism. Child Sex Robots Are Coming to America.

Read more »
Posted by Angelo Agathangelou at 7:32 pm No comments: Links to this post

Syria - New 'Chemical Weapons' Fake Planned - Chlorine Though Will Not Do

By Moon of Alabama: During the seven years of the war on Syria several accusations were made that the government that it had used 'chemical weapons' against the attacking extremists. The Syrian government denied to have ever released any chemicals. The implausible to murky 'evidence' of such incidents always came from foreign paid propaganda groups and extremists on the ground. They were likely staged to incriminate the government and to thereby induce military attacks by foreign states. 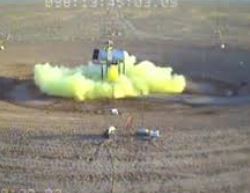 We currently see several reports which in their combination look like preparations for another fake 'chemical weapon' incident.
On February 13 the Russian Center for the Reconciliation of Opposing Sides in Syria noted a warning of an upcoming false-flag 'chemical attack' incident:


"On the evening of February 12, a resident from the Serakab settlement located in the Idlib province called the Russian Center for Reconciliaition to notify (the center) about a chemical weapons attack that could be staged to provide footage for a foreign TV channel," the statement reads. "The caller said that earlier on February 12, Jabhat al-Nusra members travelling in three cars had brought more than 20 chlorine gas cylinders and personal protective equipment to Serakab," the Center added.

Read more »
Posted by Angelo Agathangelou at 1:52 pm No comments: Links to this post

Recent testimony from US regulators at the SEC and CFTC comes under scrutiny from Max and Stacy, suggesting a ‘do no harm’ approach to the cryptocurrency sector. Max also interviews Patrick Byrne about the regulatory landscape as his own ICO for tZero draws to a close.
Posted by Angelo Agathangelou at 12:45 pm No comments: Links to this post

The hyper militarisation of the police. We have seen it here in the UK, they are turning into a paramilitary force. ...George Soros, a fucking psychopath you're hearing from here." Said Richie Allen.
Posted by Angelo Agathangelou at 11:05 am No comments: Links to this post

Russia Is Taking Over Syria’s Oil And Gas 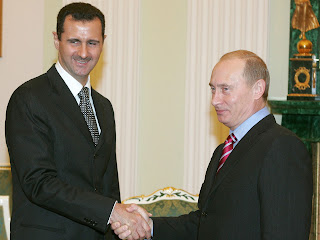 By Viktor Katona: It finally happened…
In accordance with an energy cooperation framework agreement signed in late January, Russia will have exclusive rights to produce oil and gas in Syria.
The agreement goes significantly beyond that, stipulating the modalities of the rehabilitation of damaged rigs and infrastructure, energy advisory support, and training a new generation of Syrian oilmen. Still, the main international aspect and the key piece of this move is the final and unconditional consolidation of Russian interests in the Middle East.
Before the onset of the blood-drenched Civil War, Syrian oil production wavered around 380,000 barrels per day. It has declined for some time then, since its all-time peak production rate of 677,000 barrels per day in 2002. Although the Islamic State was allegedly driven underground, the current output still stands at a devastating 14–15,000 barrels per day.
As for gas, the production decline proved to be lower (it fell from 8 BCm/year to 3.5 BCm/year) due to its greater significance within the domestic economy. 90 percent of the produced gas in Syria was used for electricity production (as opposed to oil, which was either refined domestically or exported), and in view of this, the government took extra care to retake gas fields first as the prospects of reconquest became viable enough.

"Let's be clear, the Israeli plane invaded Syria's air space and after being struck by a Syrian surface to air missile within Syria, Exploded and fell on Israeli [occupied] ground. Though America tells that 'Israel had the right to defend itself', international law is on Syria's side. Any country would have done the same. The upshot is everyones' seeing Israels invincible military's slap in the face. The beast does bleed after all." Said ex-Jew Nathanael.
Posted by Angelo Agathangelou at 6:03 am No comments: Links to this post

Jason Liosatos: My talk with Justin Walker founder of The New Chartist Movement, about a new financial system that could free people from the slavery of our current system of debt, struggle and corruption.
Posted by Angelo Agathangelou at 2:53 am No comments: Links to this post

Regards, Bearing.
Posted by Angelo Agathangelou at 12:44 am No comments: Links to this post