A public event of the Canadian Association for Equality (CAFE). The Canadian Association for Equality (CAFE) is a registered national educational charity that supports all efforts toward achieving gender equality built on an affirmative, inclusive and evidence-based approach. This leads to a current focus on building awareness, resources and support for the status, health and well-being of boys, men and fathers. #LetsTalkMen
Posted by Angelo Agathangelou at 10:14 pm No comments:

"As you may have noticed, the ruling classes have been using virtually every propaganda organ at their disposal to whip up mass hysteria" 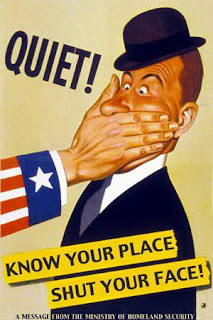 By C.J. Hopkins: Just when you thought the corporatocracy couldn’t possibly get more creepily Orwellian, the Twitter Corporation starts sending out emails advising that they “have reason to believe” we have “followed, retweeted,” or “liked the content of” an account “connected to a propaganda effort by a Russia government-linked organization known as the Internet Research Agency.”
While it’s not as dramatic as the Thought Police watching you on your telescreen, or posters reminding you “Big Brother Is Watching,” the effect is more or less the same.
And if that’s not creepily Orwellian enough for you, Facebook has established a Ministry of Counterspeech, manned by “a dedicated counterterrorism team” of “former intelligence and law-enforcement officials,” to “disrupt ideologies underlying extremism” (see Chris Hedges’ recent essay for details). The Google Corporation is systematically disappearing, deranking, and maliciously misrepresenting non-corporate news and opinion sources, and the “thought criminals” who contribute to them.

Read more »
Posted by Angelo Agathangelou at 7:03 pm No comments:

Women Who Should Be In Prison - Child Murder And Infanticide

Jordan at The Screen:
Holy heck the compression damage is delicious today!
Posted by Angelo Agathangelou at 3:48 pm No comments:

I Have No Faith In Women... Only Convictions

huMAN:
Trust women’s actions... not ‘assurances’.
"The [MGTOW] answer is a calm and Gandhi-esque non-cooperative 'no thank you'. You hold no authority over me anymore and you have nothing I value any more,
I don't care, go away."
Read more »
Posted by Angelo Agathangelou at 1:29 pm No comments: 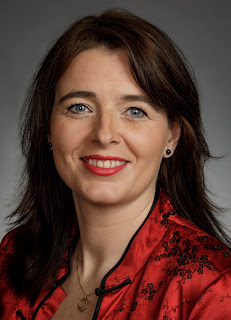 By Mike Buchanan, Justice for Men & Boys: I’ve just had an email exchange with Silja Dögg Gunnarsdóttir MP, the Icelandic MP behind the bid to make MGM illegal in Iceland. She has asked me to make public the following information:

The bill is at the moment in process in the Icelandic parliament. My arguments for the proposing the bill
“At the moment the bill 183 is discussed in the Icelandic parliament. Circumcision on girls and women was banned by law in Iceland 2005. Bill 183 is exactly the same as the law we already implemented, except the word „girls“ is now „children“. We should have the same law for all children.
Circumcision is not common in Iceland. People were surprised that boys didn’t have the same protection as girls, in accordance with the law from 2005. I would also point out that The Ombudsmen for Children in all the Nordic countries published a common statement 2013, were they encourage all the Nordic countries to ban circumcision on boys, since it goes against the UN Convention of the Right of the Child. Save the Children in Iceland published a similar statement.

Cassie Jaye: The Red Pill: Raw Files consists of never-before-seen footage from the making of The Red Pill documentary. This footage is being released for educational purposes, to inspire discussion and debate on gender issues.

Read more »
Posted by Angelo Agathangelou at 9:06 am No comments:

Max and Stacy discuss American hucksters striking again as most of the cash for the coalition against Trump - aka #TheResistance - winds up in their pockets. In the second half, Max continues his interview with investment manager, Mark Yusko, about cryptocurrency and big picture investment themes for 2028.
Posted by Angelo Agathangelou at 6:28 am No comments:

By Kevin Patten: Sexual Violence?
With Time magazine’s recent naming of the “Silence Breaker” as their “Person of the Year,” there’s no better time in which to ponder the serious matters of sexual violence. The resultant hashtag – “Me Too” – set off as the other, even costlier California wildfire. 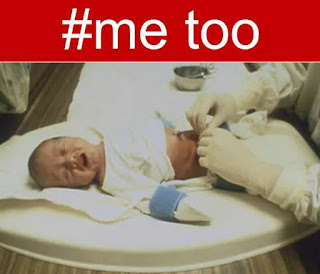 Lesser known headlines derive from a landmark case taking place in Michigan, where three doctors find themselves at the center of the nation’s first legal test of that abhorrent practice found in places like Africa, Indonesia, and Egypt. Let’s call it by its name: Female Genital Mutilation (FGM). It’s estimated that up to 100 young girls were genitally violated at the hands and tools of Dr. Fakhruddin Attar, 53; his wife, Farida Attar, 50; and Detroit emergency room physician Jumana Nagarwala, 44.

'the mohel [Jewish witch doctor] wraps his lips around
the infant’s wounded member [mutilated penis] and
sucks away at the gushing blood, soon spitting out a mixture of amputated flesh and scarlet salvia'
Read more »
Posted by Angelo Agathangelou at 4:56 am No comments:

EX-CIA Director: “We Interfere In Other Countries’ Elections (81 Times Recently), But Only For A Good Cause.”

Ex-CIA Director Thinks US Hypocrisy
About Election Meddling Is Hilarious 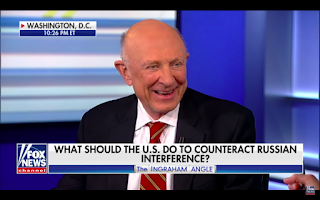 'Stop giggling, you fucking freaks. We see you.'
Read more »
Posted by Angelo Agathangelou at 1:42 am No comments: