'Britain - or to be more precise, immensely rich and powerful Jews in Britain - were directly responsible for the Great War that killed over 20 million people.' 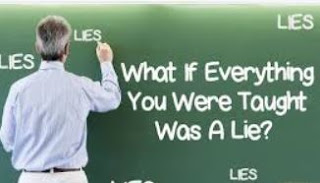 By Jim Macgregor and Gerry Docherty: The ‘Fake History’ and ‘Fake News’ pejoratives (like ‘Conspiracy Theory’ before them) have only recently entered common parlance, but the falsification of history and news reporting is as old as history itself. For many a long year television news channels and newspapers owned or controlled by the Money Power (including the British Broadcasting Corporation), have been feeding us a daily diet of fake information. But in a black is white Orwellian reversal of truth it is the very people spreading falsehood who hurl the ‘fake news’ and ‘fake history’ pejoratives at truth tellers. To maintain control and stem dissent, the ruling elites maliciously misrepresent and question the integrity of alternative media and non-corporate news sources which broadcast genuine news, and the honest revisionist historians who relate historical truths. George Orwell suggested in his ‘war is peace’, ‘freedom is slavery’, ‘ignorance is strength’ thesis that the masses fall for the ruling power’s lies because their critical thinking has been so repressed they will believe any absurdity in contradiction of the plain facts.
Orwell famously added: ‘Who controls the past controls the future.’

"We're dealing with the department of Just Us here!" 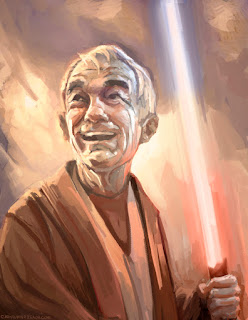 Sputnik: Former Texas Congressman and leading libertarian thinker Dr. Ron Paul has shared his views on President Trump's job as president after his first year in office, the situation in Syria and the renewed debate on gun control in the wake of the Florida school shooting.
Trump's Year in Office
Sputnik: Donald Trump has been in office for over a year. What is your general assessment of his job as president?
Ron Paul: Mediocre; probably not worse than the other options. But I don't think presidents really have much control. I think the deep state – the people behind the scenes and the shadow government, who control the monetary system, who control our foreign policy and the welfare state, and are connected to the media and the military-industrial complex. – I don't think the presidency is as important as it's made out to be. But everybody talks about it; it's a political thing, and they keep churning the issue and directing everybody to ask 'is Trump a good guy or a bad guy, and are we going to impeach him or what's going to happen', rather than [asking] what kind of philosophy do we have: why do we have this philosophy of welfare-warfare, spend money, run up debt and let the central bank print all that money.
They don't even talk about it; the major parties, including Trump, they sign even more controls on us when it comes to FISA courts and spying on us.

By Tamara Nassar: Another Palestinian man beaten to death by Israeli death forces in the occupied West Bank city of Jericho early Thursday.
Yasin al-Saradih, 33, was arrested from his house at approximately 2 am, Eid Barahmeh, head of the Palestinian prisoners club in Jericho, told the Israeli newspaper Haaretz.
Israeli forces notified the family of al-Saradih’s death two hours later.
The Israeli military changed its story about the events surrounding al-Saradih’s death after a video emerged showing Jewish death forces striking him.
The video shows a number of soldiers gathered around al-Saradih, some apparently beating him while he is on the ground. They then drag his body away. The video does not show al-Saradih posing any threat to them.


Read more »
Posted by Angelo Agathangelou at 3:55 pm No comments: Links to this post

Feminists Hate Women And Want Them To Fail

"We keep hearing from some judge police or lawyer that we don't want to legally penalise false accusers using them as proxies to do violence when there's no justifiable cause, because we don't want to disincentivise other 'victims' or other women from coming forward and I want to challenge that idea, I want to pull the layers back and let everybody think about it, because that's not a rule that we apply to men..." Said johntheother.
Posted by Angelo Agathangelou at 12:46 pm No comments: Links to this post

Mike Buchanan, J4MB: This interview with an Icelandic imam and, more importantly, Silja Dögg Gunnarsdóttir, Icelandic MP, was on the British Brainwashing Cunts' [BBC] flagship early morning news programme, Today. John Humphrys is predictably uninformed about the relative harms caused by MGM and FGM – all MGM is more injurious than most FGM – but the MP responds well. We look forward to this story developing over the coming weeks and months.

Read more »
Posted by Angelo Agathangelou at 10:33 am No comments: Links to this post

Max and Stacy prove that honey badger don’t care as billionaire, Charlie Munger, calls bitcoin “noxious poison.” In the second half, Max interviews former North Carolina Democratic Party chairman, Randy Voller, about the Democrats chances in the 2018 midterms.
Posted by Angelo Agathangelou at 8:23 am No comments: Links to this post

South Africa To Cut All Diplomatic Ties With Apartheid Israel

MiddleEastMonitor: The South African government is intending to cut diplomatic ties with Israel in protest of its treatment of the Palestinian people, the country’s Science and Technology Minister Naledi Pandor announced yesterday.
Pandor informed parliamentarians of the government’s resolution during a ten-hour joint debate on South African President Cyril Ramaphosa’s State of the Nation Address (SONA) that he delivered last week.


“The majority party has agreed, that government must cut diplomatic ties with Israel, given the absence of genuine initiatives by Israel to secure lasting peace and a viable two-state solution that includes full freedom and democracy for the Palestinian people,” she said.

The comments were made in response to opposition leader Kenneth Meshoe, who had argued that it was disappointing that national and provincial authorities in South Africa had refused help from Israeli companies to address the country’s current water crisis.
However, the proposal was applauded by parliamentarians and Pandor, who is expected to be appointed vice president in Ramaphosa’s new Cabinet, was given a standing ovation as she left the podium.

The Crumbling Holocaust: An Israeli Perspective

'The primacy of Jewish suffering has become
a tyrannical apparatus in the West'
By Gilad Atzmon: The following are segments taken from an outstanding Haaretz  commentary  titled ‘The Crumbling Consensus that Jews Were the Ultimate Holocaust Victims’ by Ofri Ilani. The article explores the fundamentals of the global religion of the Holocaust, identifies the international institutions that sustain the doctrine and the political events that indicate that the Goyin are weary of the notion of the primacy of Jewish suffering. I tend to agree with most of Ilani’s observations as well as his predictions regarding the fate of the holocaust religion. One crucial difference between us is that while Ilani seems distressed by the possible collapse of the Holocaust consensus, I believe that emancipation from that tyrannical Judeo-centric precept is a necessary humanist development.

On the central role of the Holocaust and its memory Ilani writes; “An encounter with someone for whom the Holocaust is nonexistent was incomprehensible to me – at the least it was like talking to someone who’s never heard of the sun, or who doesn’t know what water is.”
Ilani’s view seems to integrate the Holocaust into the  Greek’s ‘Classical  Elements’ along side water, air and fire.  Ilani elaborates on his position.  “In Israel, the Holocaust is the first thing you have to know.

COE Top Striker
Posted by Angelo Agathangelou at 12:16 am No comments: Links to this post