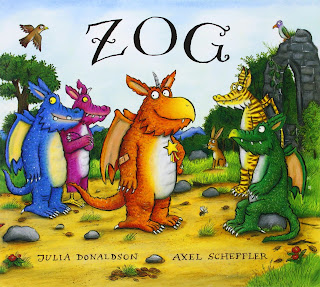 Note from Charles Bausman: Karlin has done something very smart here - he has exposed the absurdity of the term "anti-semite", by trying to seriously answer an Anti-Defamation League poll. They actually describe themselves as "the nation's premier civil rights/human relations agency".  I think most people would use the term in the following sense: "someone who has an unjustified dislike of Jews in general". In the process of answering the questions, he has pointed out a lot of reasons why one might be displeased with the behavior of Jewish elites.
The ADL too has done something very helpful. It has given everyone a chance to say how they feel about these issues, and see how they measure up. I will take the poll myself and publish the results, and I think everyone should. I for one would like to know where people stand on this issue.

***
Are you an anti-Semite? Wonder no longer! Take the poll here:
Am I an anti-Semite? The SPLC and RationalWiki both seem to think so. But there are also those who believe I am a hasbara shill, or even Jewish myself. Either way, I don’t appear to be a particularly enthusiastic philo/anti-Semitic propagandist – of the 1,200+ posts to date at my Unz.com archive, only about 15 are actually mainly about Jews (and I hope this will be the last one for some time).

Read more »
Posted by Angelo Agathangelou at 10:59 pm No comments:

How America Was Destroyed

Kids: Then and Now - The disappearance of common sense in America.

By Fred Reed: OK, so why is the country [USA] falling apart? Specifically, why are kids blowing each other away? America has become a source of wonder the world over with its Columbines and hundreds and hundreds of dead in Chicago and Baltimore and its burning cities and riots. Other advanced countries don’t do these things.
America didn’t either until recently.   Why now? Something has changed, or some things. What?  People under forty have never seen the country when it was sane. Let me point out things that have changed, at risk of sounding like a boilerplate cadger: “By cracky, wen I was a boy, we could amuse ourselves for hours with just a piece of string and a couple of sticks.” Let’s compare today with the Fifties and Sixties. I mean this as sociology, not nostalgisizing.
I think that a combination of social changes have led to tremendous stress on today’s kids that my generation did not suffer. To wit:
In my rural Virginia school, there was no racial tension. We were all white: teachers, students, parents.
The black kids went to their own school, Ralph Bunche. We had virtually no contact with each other. There was no hostility, just no contact. The academic gap didn’t exist in the absence of contact. Integration would prove cruel when it came. and the black kid s sank to the bottom. The causes can be argued, but the fact cannot.

A Word To The Google Feminists

"This video's for all you feminists who work in social media, especially the ones at youtube. ...Youtube censorship is happening so often and to so many people that the words youtube and censorship now go together like Marxist and dictatorship, they just seem to roll off the tongue together arm in arm best pals for ever and ever. What a great way to poison your own brand. ...Somebody at youtube who has never done anything with their life except stare at a screen tap a keyboard and masturbate doesn't approve so videos are censored and that's how it works now." Said Pat Condell.
Posted by Angelo Agathangelou at 3:41 pm 1 comment:

By Mike Buchanan: We start with some great news. Steven Svoboda, a highly respected longstanding campaigner against MGM, will be giving a talk at the conference. We’ve just added his details to the speakers’ page on the website – here. Those details:

J. Steven Svoboda, Executive Director, Attorneys for the Rights of the Child – “Genital autonomy, gender equity, and the world”
Steven presented to the United Nations on male circumcision. He’s the National Coalition for Men’s (NCFM’s) Public Relations Director and longest serving board member. He graduated with honours from Harvard Law School and has published 40 peer-reviewed articles. His interview with Cassie Jaye for Red Pill/Raw Files is here.

Now for some unfortunate news. Two German speakers – Prof. Gerhard Amendt and Tom Todd – were planning to share one speaking slot. Sadly they’ve had to withdraw, for professional and personal reasons.

Read more »
Posted by Angelo Agathangelou at 1:14 pm No comments: 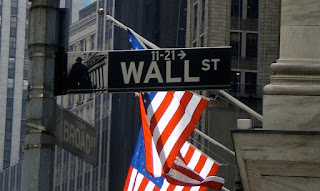 By Alastair Crooke: What have the tensions between the US and North Korea, Iran and Russia in common? Answer: It is that they are components to a wider financial war. Russia and Iran (together with China) happen to be the three key players shaping a huge (almost half the global population) alternative currency zone. The North Korean issue is important as it potentially may precipitate the US – depending on events – towards a more aggressive policy toward China (whether out of anger at Chinese hesitations over Korea, or as part and parcel of the US Administration’s desire to clip China’s trading wings).


The US has embarked on a project to restore America’s economic primacy through suppressing its main trade competitors (through quasi-protectionism), and in the military context to ensure America’s continued political dominance. The US ‘America First’ National Security Strategy made it plain: China and Russia are America’s ‘revisionist’ adversaries, and the US must and intends to win in this competition. The sub-text is that potential main rivals must be reminded of their ‘place’ in the global order.

The Power Of No

"MGTOW is a good philosophy, pure gold,
but it can't save you from stupid."
Said Paul Elam.

Posted by Angelo Agathangelou at 8:52 am No comments:

johntheother
Posted by Angelo Agathangelou at 5:50 am No comments:

Sex Robots: The End Of Relationships?

"I've just fought prostate cancer. 1 in 8 men will get prostate cancer, 1 in 4 for those of African descent, please get yourselves checked out by your doctor!" Asks Stephen Fry.
Posted by Angelo Agathangelou at 12:55 am No comments: