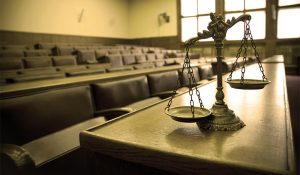 By MRA-UK:
1. Context and ‘Exclusion Clause’
I promised a further post in this series on sexual assault addressing accused celebrities. So, here it is – though my heart was not in it. It has not been an edifying exercise.
Like previous posts, and despite the title, this post covers sexual assault more generally than strictly just rape. Attention is confined to UK cases.
In common with the post on politicians, this post covers all cases, including cases of valid accusations as well as false accusations. (These posts therefore differ from Part 2, which addressed specifically false allegations amongst the general public). My hope was initially that, by looking at all cases for politicians and celebrities, I might gain some insight into the rate of false allegations. I now realise that was a forlorn hope.
Unfortunately, none of the cases I have reviewed can tell us very much about the prevalence of false allegations more generally in the public. In the case of politicians and celebrities this is, rather obviously, because their very fame renders them unrepresentative. Both might be said to have a target on their backs, and both will tend to attract additional accusers once any initial allegation is advertised in the press. But even the cases amongst the general public reviewed in Part 2 are unrepresentative because they are confined to cases reported in the press.

Occupation 101 - Voices Of The Silenced Majority

Public Disturbance Now: An award-winning 2006 documentary film on the Israeli-Palestinian conflict directed by Sufyan Omeish and Abdallah Omeish, and narrated by If Americans Knew founder Alison Weir. The film focuses on the effects of the Israeli occupation of the West Bank and Gaza Strip, and discusses events from the rise of Zionism to the Second Intifada and Israel's unilateral disengagement plan, presenting its perspective through dozens of interviews, questioning the nature of Israeli-American relations — in particular, the Israeli military occupation of the West Bank and Gaza, and the ethics of US monetary involvement.

Read more »
Posted by Angelo Agathangelou at 5:20 pm No comments:

The contempt and scorn I now have for everybody throwing their weight behind MeToo and saying it's delightful it's delicious more of that please, the loathing and disdain and disgust I feel towards them completely exceeds my ability to describe it." Said johntheother. 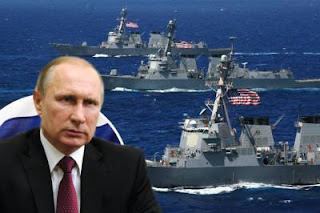 By Tyler Durden: With US relations with Russia once again deteriorating by the day, the Navy has deployed the Arleigh Burke-class guided-missile destroyer USS Carney to the Black Sea, where it will join the destroyer USS Ross, in a move that military officials told CNN  is intended to "desensitize Russia" to the presence of US military forces in the Black Sea, Russia's geographic equivalent of the Gulf of Mexico.
Officials told CNN that given the heightened tensions and increased military activity in the region "it is important to increase the frequency of US activity in the area and desensitize Russia to the presence of US military forces there", helping to establish rules for how the two countries should safely operate in proximity to each other, as they did in the Cold War.

Read more »
Posted by Angelo Agathangelou at 10:53 am No comments:

The slogan “BDS – now also against motorsports” seems to be gaining traction, as motorcycle race slated to take place in a West Bank settlement was first moved to Israel, then cancelled completely. In the words of a Palestinian BDS National Committee member, “Hosting a race in an illegal Israeli settlement…constitutes complicity in a war crime, no less. Equally troubling for Honda would have been its sponsorship of a race in [a location] where Palestinian Bedouin communities are being expelled.” 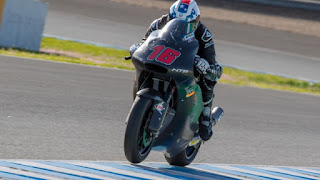 By Ali Abunimah: Palestinians are welcoming the cancellation of a racing event sponsored by Honda in Israel.
The event, due to feature rising US motorcycle racing star Joe Roberts, had been condemned by human rights groups.
Honda Israel announced on its Facebook page Thursday that the meet-up scheduled to be held in the city of Arad on 23-24 February was canceled “due to the lack of a track suitable for riding.”
However, Israeli media are attributing the difficulties in going through with the event to the pressure Honda faced from the boycott, divestment and sanctions (BDS) campaign for Palestinian rights, with one headline declaring, “BDS – now also against motorsports.”
That report claims that “extreme left-wing activists” in Israel associated with the BDS movement had contacted counterparts abroad to coordinate a campaign to persuade Honda and Roberts to abandon the event, citing Israel’s human rights abuses.

Read more »
Posted by Angelo Agathangelou at 8:41 am No comments:

By Alys Harte & Clive Coleman: More than 1,000 criminal lawyers in England and Wales have experienced disclosure of evidence failings in the last year, according to a BBC survey.
Of the 1,282 who responded, almost a third said they believed such failings had led to possible wrongful convictions or miscarriages of justice.
A number of recent rape trials have collapsed after it emerged evidence had not been shared with defence lawyers.
The Crown Prosecution Service said the survey provided a "skewed view".
In the lead-up to criminal trials, police and prosecutors have a duty to disclose evidence.
But more than half of lawyers surveyed said they saw disclosure failures on a daily or weekly basis.
Police and prosecutors must also list relevant undisclosed or 'un-used' material which is not being cited as evidence, but which may undermine their case or strengthen the defence case. 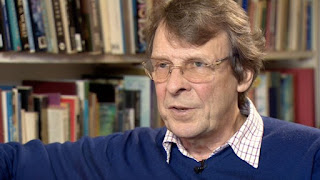 Last month, an urgent review into all recent rape cases was announced by the Director of Public Prosecutions, Alison Saunders.
William [Left] works as a teacher and is married with grown up children.
Last year, he was charged with sexual assault following a complaint from a 17-year-old girl. She claimed he touched her inappropriately in a local shop and the allegation was backed up by a friend.

Read more »
Posted by Angelo Agathangelou at 6:34 am No comments:

A Letter To The Boys And Young Men Of America

'In my time I’ve watched as fathers were pushed out
of the home, separated from their children, and
their role in society debased and devalued.'
By J. Ishiro Finney: A response to mass shooting in Florida.
The bodies aren’t even cold yet and already you are being blamed.
Yes you. All of you.
The boys and young men who will grow up to become one half of America’s future.Once again, due to society’s failure to raise you, to teach you, to properly guide you on your path to manhood, your mere existence is being held responsible for seventeen more deaths—this time in Florida, and once again, at a school. The headlines of the last few days say it all: “Guns don’t kill people; men and boys kill people, experts say” -USA TODAY

Read more »
Posted by Angelo Agathangelou at 2:58 am No comments: 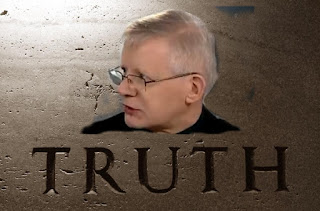 Reported by Gilad Atzmon: The Times of Israel reports today that Polish priest Henryk Zielinski, editor-in-chief of the Catholic weekly Idziemy, said during an interview with Polish TV (TVP) that Jews have “a completely different system of values, a different concept of truth.” “For us,” Zielinski said. “the truth corresponds to facts. For the Jew, truth means something that conforms to his understanding of what’s beneficial. If a Jew is religious, then truth means something God wants.”
Zielinski added that for non-religious Jews, “the truth is subjective or whatever serves Israel’s interests.” In support of his view Zielinski cited the Haggadah — a text read by Jews at the Passover Seder, which contains the story of the Exodus of the Hebrews from Egypt. “Often these stories have nothing to do with facts.”
You guessed it.  Polish Jews are very upset. Representatives of Polish Jews issued a complaint to the state’s media watchdog. The Jewish representatives didn’t argue that Zielinski was wrong. They didn’t counter his statements by asserting  that the Passover Haggadah is an accurate historical narrative.  Instead they wrote that  “Zielinski’s remarks violated the National Council of Radio and Television principles for content on public media, including its ban on ideas that ‘incite to hatred or discriminate on the grounds of race, disability, gender, religion or nationality.”
I am perplexed. Zielinski may be right or wrong. But he clearly didn’t incite hatred or discrimination against Jews or anyone else.

Read more »
Posted by Angelo Agathangelou at 12:06 am No comments: