...The case collapsed when one of the women
complained she’d been coerced by other 'female' officers into making false allegations, while the other
admitted she’d never even met the man.
By Mike Buchanan, J4MB: A piece by David Brown in today’s online edition of The Times, considerably longer than the piece in the print edition. Emphases ours: 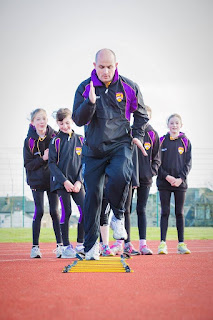 The case against a policeman accused of raping two women has collapsed after one of the alleged victims said that she was coerced by other officers into making false allegations.
Sergeant Blair Pettigrew was accused of raping two women and indecently assaulting a third.
The case has been dropped after the High Court in Edinburgh was told that one of the alleged victims admitted she had never met Sergeant Pettigrew.
His defence lawyers had repeatedly sought the disclosure of the prosecution evidence.
It was claimed that two female detectives involved had questioned one of the alleged victims three times, and she had initially denied knowing Sergeant Pettigrew before identifying him.

Read more »
Posted by Angelo Agathangelou at 10:58 pm No comments:

Two Very Well-Behaved Boys Left To Figure Things Out On Their Own: Reflections On Being Raised ‘Blue Pill’

By Anwar Y. Dunbar, Ph.D.: “Your sons are so well-behaved,” said many of the women at the Baptist church we attended during my early years. My childhood was anchored in Christian values and teachings – principles which would teach us to be fine and upstanding men. I won’t say that the men at our church didn’t care, but it was usually the women who commented. Later on, men like auto mechanic Mr. Gray of “Gray’s Auto”, observed that we were, “different,” and that there weren’t many boys like us coming out of Buffalo’s eastside where most of the black families lived. 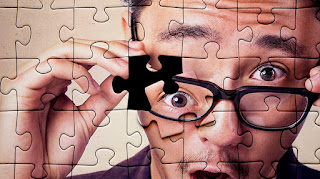 Growing up without any consistent strong male figures, I enjoyed being around Mr. Gray and hearing his stories like the time he broke some guy’s jaw with one punch. Mr. Gray had rock-like hands and knuckles, and I think the guy came after him at his repair shop over a woman or a repair job. I had never heard such stories in my 20 years, and something about it was cool. Though an older man, Mr. Gray was in excellent shape and enjoyed being around young people who were on positive paths. He exuded the ‘masculine energy’ Dr. Robert Glover discussed in his book No More Mr. Nice Guy. Unfortunately, we only went to lunch a couple of times, but I soaked up everything I could from him. Throughout my youth and beyond, I was drawn to the stories and wisdom of strong men like Mr. Gray.
Read more »
Posted by Angelo Agathangelou at 6:18 pm No comments:

Associated Press is one of those news sources we expect to be objective and reliable. But when it comes to the subject of Israel-Palestine, things are not always as they seem.
By Kathryn Shihadah and Alison Weir: More than half the world’s population reads Associated Press content every day.

But a study of news reports so far in 2018 indicates that this trusted news source has been presenting the deaths of Israelis at the hands of Palestinians, and of Palestinians at the hands of Israelis, in two completely different ways.
This pattern may be a factor in how readers perceive the players in this decades-old issue. It is also, quite likely, a factor in how editors all over the U.S., who read AP stories daily, view the conflict.
So far in 2018, eleven Palestinians have been killed and two Israelis.
(Since December 6th, when President Trump announced that the US would recognize Jerusalem as “the capital of Israel,” overturning decades of US policy, 27 Palestinians and 2 Israelis have died.) 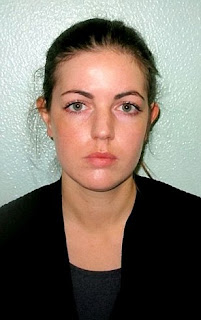 Left: paedophile Lauren Cox, five counts sex with child.
By Mike Buchanan, J4MB: Women carry out sexual abuse of men, women, and children, on a far higher scale than is popularly assumed. In our 2015 election manifesto the longest of 20 sections covered the issue of sexual abuse (pp. 31-7). One of the early paragraphs:


This culture leads to inequalities. Few women are held accountable for sex offences, including those women who sexually abuse children. It’s known from a major American survey (details below) that slightly over 25% of [recorded] sex offences are committed by women against men (with no male accomplices). We would therefore expect the male/female ratio of people charged with sex offences to be a little under 3:1. In the UK, in 2013, the ratio was 146:1.

Our thanks to Mike P for this. Extract:
A record number of women are being convicted of sex crimes, with many of their attacks carried out on children.
Some 142 were guilty of sex offences in 2016 – almost double the 74 convicted two years earlier and more than triple the number at the start of the decade…

Read more »
Posted by Angelo Agathangelou at 10:22 am No comments:

By M.K. Bhadrakumar: The Russian veto in the United Nations Security Council on Monday to block a Western-backed resolution to condemn Iran for its alleged violations of international sanctions and its fueling of the conflict in Yemen was a landmark event.
This is the first time Russia has shot down a US-led move in the Security Council regarding a regional conflict in which it is not directly involved. Moscow did not block the Western moves over Iraq in 2003 or over Libya in 2011, although Russian interests were involved. Nor did Moscow block Kosovo’s admission to the UN as a sovereign state, piloted by the West, in 2008, although it was a bitter pill to swallow in every sense. 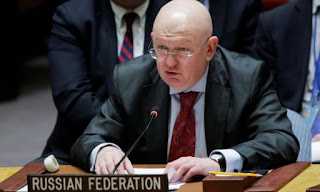 In Syria, of course, Russia has exercised its veto power repeatedly both in self-interest and in the interests of its ally. But in the Yemen conflict, Russia is neither a participant nor a protagonist, nor has it any legitimate reason to take sides.
Suffice to say the Russian veto on Monday falls into a category by itself as a manifestation of the Russian-American standoff for global influence. It therefore becomes a turning point in the post-Cold War era of big-power politics.

Read more »
Posted by Angelo Agathangelou at 8:05 am No comments: 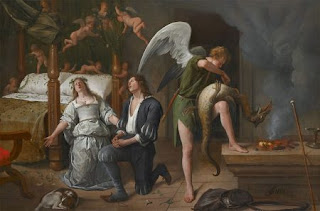 When the parents had gone out and shut the door of the room, Tobias got out of bed and said to Sarah, “Sister, get up, and let us pray and implore our Lord that he grant us mercy and safety.” So she got up, and they began to pray and implore that they might be kept safe. Tobias began by saying:  “Blessed are you, O God of our ancestors, and blessed is your name in all generations forever. Let the heavens and the whole creation bless you forever. You made Adam, and for him you made his wife Eve as a helper and support. From the two of them the human race has sprung. You said, ‘It is not good that the man should be alone; let us make a helper for him like himself.’ I now am taking this kinswoman of mine, not because of lust, but with sincerity. Grant that she and I may find mercy and that we may grow old together.” And they both said, “Amen, Amen.”

Read more »
Posted by Angelo Agathangelou at 5:58 am No comments: 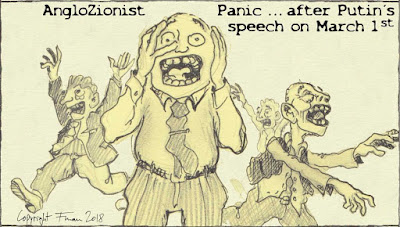 Read more »
Posted by Angelo Agathangelou at 2:52 am No comments:

What’s In Al Jazeera’s Undercover Film On The Israel Lobby?

By Asa Winstanley: The leading Neo-Con-Artist think tank Foundation for Defense of Democracies is functioning as an agent of the Israeli government, Al Jazeera’s forthcoming investigation on the US Israel lobby will reveal.
According to a source who has seen the undercover documentary, it contains footage of a powerful Israeli official claiming that “We have FDD. We have others working on this.” 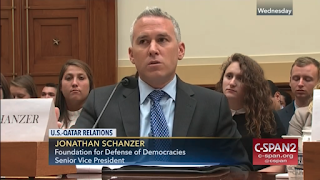 Sima Vaknin-Gil, a former Israeli military intelligence officer, is said to state that the foundation is “working on” projects for Israel including “data gathering, information analysis, working on activist organizations, money trail. This is something that only a country, with its resources, can do the best.”
Under the Foreign Agents Registration Act, commonly known as FARA, US organizations and individuals who work on behalf of foreign governments are required to register with the counterintelligence section of the Department of Justice.
A search on the FARA website shows that the Foundation for Defense of Democracies is not registered.
Al Jazeera’s film reportedly identifies a number of lobby groups as working with Israel to spy on American citizens using sophisticated data gathering techniques.

Read more »
Posted by Angelo Agathangelou at 12:41 am No comments: