Just an innocent private IT company? Yeah right, it's [Google] part of the military-industrial complex, profiting from empire's endless wars and up to its elbows in blood
By Andre Damon: In another milestone in the growing integration between the military-intelligence complex and Silicon Valley, Google’s parent company Alphabet has confirmed that it has provided software to identify targets used in the illegal US government drone murder program.

Since initiating its drone assassination program in 2009, the United States claims to have killed close to 3,000 “combatants” in drone strikes. Internal military documents show that for every one person targeted by a drone strike, nine bystanders are killed, meaning that the true toll of the US military’s airborne terrorism campaign in Yemen, Somalia, Afghanistan, Pakistan and Iraq potentially rises to the tens of thousands.
According to the American Civil Liberties Union, “A program of targeted killing far from any battlefield, without charge or trial, violates the constitutional guarantee of due process. It also violates international law, under which lethal force may be used outside armed conflict zones only as a last resort.”

'Google, the equivalent of a Mafia getaway driver claiming he is not an accomplice to murder because he did not pull the trigger.'
Read more »
Posted by Angelo Agathangelou at 9:33 pm No comments: Links to this post

MGTOW Out In The Open

"Hey, Sandman, I'm a music artist and My question is, what do you see for the future of entertainment, in relation to mgtow; will there be openly mgtow musician, mgtow actors and mgtow athletes, Thanks? Could you also please check out, and give feedback on The videos on the channel "therealtripj" and the video "Trip J - Maddness" a Purple Pill rap song and "Trip J - Motivating My Peers" a red pill song, Just a song about Motivating Mgtow to live more so for themselves and there goals and not for anyone else." Well 911 999 thanks for the topic. I'm going to spend the majority of this video discussing your main topic of famous men openly admitting they are going their own way first and then in the last third of this video I'm going to discuss the rapper Trip J and his red pill videos. So will there be openly MGTOW musicians, actors and MGTOW athletes? The closest man we've had to this is Henry Rollins.

By Graham Keeley: Spain’s first national strike by women is a victory for Satan, the Bishop of San Sebastian has claimed. 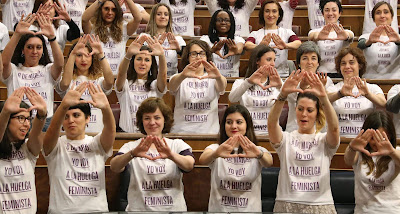 José Ignacio Munilla said that radical feminism had been infiltrated by demons and was harming the position of women in society. He made his remarks as Spain prepared for today’s 24-hour strike called by feminist groups and two of the country’s biggest trade unions.
The action is being staged by women who want more recognition from men for the contribution they make in the workplace and at home. They are also demanding tougher action on domestic violence and sexual assaults against women.
Queen Letizia has cleared her diary for what is International Women’s Day in a gesture interpreted as tacit support for the strike.

Read more »
Posted by Angelo Agathangelou at 3:20 pm No comments: Links to this post

Is Toxic Masculinity A Valid Concept?

By Gad Saad: The two fundamental objectives in the evolutionary game of life are to first survive (natural selection) and then to mate (sexual selection).  For sexually reproducing species including humans, evolution has endowed males and females with universal mating preferences that map onto sex-specific recurring challenges faced by each sex during our evolutionary history. This is profoundly obvious to anyone with a grade 8 level understanding of human biology and human psychology. 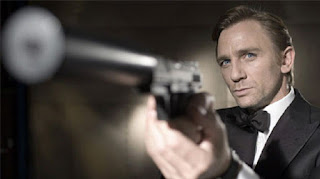 Female fiddler crabs and hens prefer males with extravagantly large claws and tails respectively.  Ewes (female rams) will mate with the ram that wins the brutal intrasexual head-butting contest.  They reward targeted aggression by granting sexual access.  Needless to say, there are innumerable other examples of sexual selection that I might describe but I suspect that you get the general gist.  Are rams exhibiting toxic masculinity?  Are female fiddler crabs succumbing to antiquated notions of masculinity as promulgated by the crab patriarchy?
Let’s now apply the exact same evolutionary process (sexual selection) to humans.  Evolutionary psychologists have documented universal patterns of mating preferences that are invariant across time and place.  In no culture ever studied have women repeatedly preferred to mate with pear-shaped low-status tepid men possessing high-pitched nasal voices.

Read more »
Posted by Angelo Agathangelou at 12:40 pm No comments: Links to this post 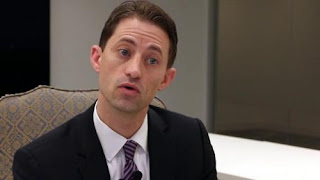 Left: Daniel J. Jones
Of note, Deripaska's lawyer, D.C. lobbyist Adam Waldman, recommended Jones to investigate and verify the claims from the Fusion GPS anti-Trump dossier assembled by former UK spy Christopher Steele. Waldman was also an intermediary between Sen. Mark Warner (D-VA) and Steele in trying to arrange a meeting - which suggests that Waldman, Jones, Steele and Fusion GPS are all connected.
Deripaska describes the ongoing "Russia narrative" as nothing more than a scandal manufactured by the deep state. "Wagging the dog costs money," writes Deripaska. "So, who is the “funding mechanism” of this “shadowy government?”" Why, none other than billionaire financier George Soros, according to Daniel Jones - as relayed to Congressional investigators by Deripaska's attorney Adam Waldman:
[O]n March 16, 2017, Daniel Jones — himself a team member of Fusion GPS, self-described former FBI agent and, as we now know from the media, an ex-Feinstein staffer — met with my lawyer, Adam Waldman, and described Fusion as a “shadow media organization helping the government,” funded by a “group of Silicon Valley billionaires and George Soros.”

Kate Smurthwaite Wants You To Help Her Fight Internet Crime!

Regards, Bearing.
Posted by Angelo Agathangelou at 6:46 am No comments: Links to this post

Numerous well funded, organized trolls by and for the Jewish apartheid state Israel work to flood social media with pro-Israel propaganda, while blocking facts the Jewish state dislikes. The projects utilize Israeli death forces, students, American teens and others, and range from infiltrating Wikipedia to influencing YouTube. Some operate out of Jewish Community Centers in the U.S. 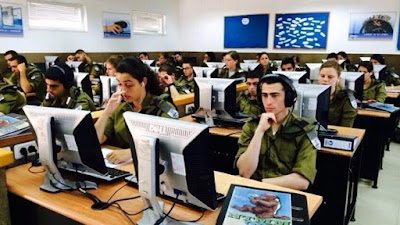 By Alison Weir: Recently, YouTube suddenly shut down the If Americans Knew YouTube channel. This contained 70 videos providing facts-based information about Israel-Palestine.
People going to the channel saw a message telling them that the site had been terminated for “violating YouTube guidelines”—implying to the public that we were guilty of wrongdoing. And ensuring they didn’t learn about the information we were trying to disseminate.
When we tried to access our channel, we found a message saying our account had been “permanently disabled.” We had received no warning and got no explanation.

'Customers have said they found it impossible
to get a slit slot on a Friday evening.'
By Mike Buchanan, J4MB: Interesting. Extracts: 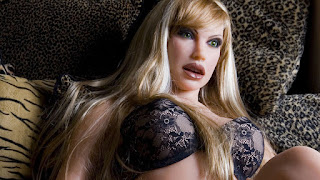 Lovedoll UK in Gateshead was offering “try before you buy” sex with dolls for £50 (US$69.40), before selling them for £2,000. The owner, Graham, was then investigated over whether or not he needs a license. [J4MB: So is there a market for ‘previously loved’ sex dolls, as there is for ‘previously loved’ cars? What sort of discounts can you expect? Is ‘number of times loved’ the equivalent of car mileage? How would you know a seller wasn’t lying about the former, as sellers sometimes lie about the latter? It’s a minefield…]
The sex service offers men the chance to have sex with “the girl you’ve always wanted” {J4MB: Cameron Diaz? Keira Knightley? How often do they visit Gateshead?] and apparently it’s working. Customers have said they found it impossible to get a slot on a Friday evening [J4MB: The time-honoured time slot for conjugal relations in Gateshead?] and even securing a lunch visit was tough.