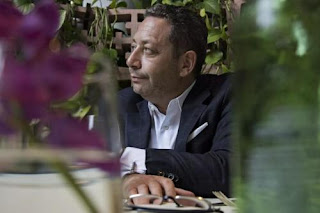 Sater, "The Quarterback"
Sater - whose code name was "The Quarterback," ended up providing such valuable information to U.S. intelligence agencies - such as five of Osama bin Laden's satellite phone numbers (by flipping Mullah Omar's personal secretary, "who was living inside a cave with bin Laden") - that the FBI and two federal prosecutors showed up at his trial after the $40 million stock scheme caught up with Sater - and vouched for him. 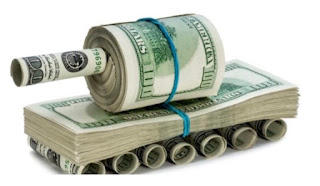 The sensitivities are especially important when it comes to the Qatari government — the single biggest foreign donor to Brookings.
Brookings executives cited strict internal policies that they said ensure their scholars’ work is “not influenced by the views of our funders,” in Qatar or in Washington. They also pointed to several reports published at the Brookings Doha Center in recent years that, for example, questioned the Qatari government’s efforts to revamp its education system or criticized the role it has played in supporting militants in Syria.
But in 2012, when a revised agreement was signed between Brookings and the Qatari government, the Qatar Ministry of Foreign Affairs itself praised the agreement on its website, announcing that “the center will assume its role in reflecting the bright image of Qatar in the international media, especially the American ones.” Brookings officials also acknowledged that they have regular meetings with Qatari government officials about the center’s activities and budget, and that the former Qatar prime minister sits on the center’s advisory board.
Mr. Ali, who served as one of the first visiting fellows at the Brookings Doha Center after it opened in 2009, said such a policy, though unwritten, was clear.

Feminism, Toxic Masculinity & Gynocentrism: How They Work Together To Ruin Men And Families

Men Are Good!: Feminism, Toxic Masculinity & Gynocentrism: How they work together to ruin men and families. This vid offers a look at the reasons feminism has been so accepted and the reality of gynocentrism as being a driving force that has been abused by feminists in order to demand and get more stuff for women.
Posted by Angelo Agathangelou at 4:02 pm No comments: Links to this post

"We are all Palestinians"
By Gilad Atzmon: I am back in Beirut at the Fourth Global Convention of Solidarity with Palestine. Last night I, along with 9 other thinkers, activists and warriors was honoured by The Global Campaign to Return to Palestine for our contribution for the cause. 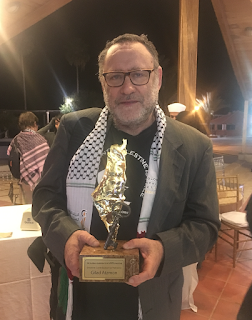 This was my short acceptance speech.
Thanks so much for inviting me to this spiritually uplifting conference. Watching you tonight reminds me what resistance is all about.
Thanks to Sukran as well for appreciating  my work.
For the last 20 years I’ve been subject to endless smear campaigns. I’ve been subject to constant slander and abuse at the hands of Zionists but also ‘anti’ Zionists.  In 2012, as I was raising funds for the March to Jerusalem, a group of 20 Palestinians called for “my disavowal.”   They probably  didn’t want to march to Jerusalem… fair enough. I’ve seen the publishing house that dared to print The Wandering Who bought by an Israeli. I’ve seen the record company that released my best selling albums bought by an Israeli. I have seen many doors closing, but my plight is really insignificantly small in comparison with the Palestinians’ suffering.
Let me tell you, if I had to relive my life, I would do-exactly the same things.

Read more »
Posted by Angelo Agathangelou at 9:36 am No comments: Links to this post

By Jeremy Bauer-Wolf: College students value a diverse and inclusive environment more than free speech rights, according to a new study on student attitudes on free expression.
The report from Gallup and the Knight Foundation comes at a turbulent time on college campuses nationwide, where students have challenged the principles of the First Amendment -- they have called for controversial campus speakers to be disinvited, and when they disagree with speakers’ message, have shouted them down. They’ve also called for administrators to invest more in diversity initiatives and are demanding clear statements from them against speech they deem hateful.
Asked to select which is more important, about 53 percent of the students interviewed for the study picked diversity, versus 46 percent who chose free speech. This data is based on telephone interviews with 3,014 traditional-age students (18 to 24) at 100 four-year institutions, both public and private.
When the authors broke down the data further, they provided a clear picture of what certain campus demographics prioritize. About 61 percent of men favored free speech rights far more than a diverse and inclusive campus (39 percent).

Read more »
Posted by Angelo Agathangelou at 7:20 am No comments: Links to this post

Perseus999: The video, taken by an activist of the Israeli human rights group Yesh Din, shows the family of three fleeing from an ambulance towards their home in the village of Burin, West Bank, as the father carries their baby in his arms. Four Jewish Death Troopers see them and despite the fact it is clear that they pose no threat and without any hesitation attack them in point blank with a stun grenade, known to cause severe burns and permanent loss of hearing, let alone the fact that the father could have dropped the baby in shock. The attack occurred on Friday March 2nd 2018, amid protests which were sparked in the area after murderous Jewish land thieves from nearby 'settlements' attempted to attack the Palestinian village.

The real problem isn’t the fact that the inhuman Jewish state's death forces evade dealing with crimes against the Palestinians, but rather that such acts are the norm. 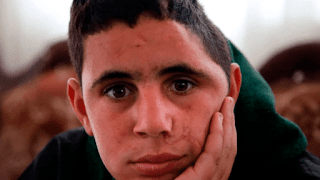 By Daniel Blatman: In the corruption whirlwind of the past few weeks, who even had time to respond seriously to war crimes in the territories, among them the recent incident in Jericho? We’re talking about another episode that was pushed to the margins and faded away among the army’s varying and vague versions of events – all aimed at avoiding prosecution of the Israel Death Forces soldiers who were filmed beating and abusing a wounded Palestinian whom one of them had shot.

Yasin al-Saradih, a 36-year-old Palestinian, was shot on February 22 when he [allegedly] tried to attack a group of soldiers with the rim of a car wheel with an iron bar stuck through it. He was immobilised and no longer posed a threat to the armed soldiers. But this didn’t stop them from attacking a man wallowing in his own blood, beating and dragging him into a nearby alley. For half an hour he lay there with no medical assistance before being evacuated, after one of the soldiers fired a tear-gas canister into the alley where he lay.
Read more »
Posted by Angelo Agathangelou at 12:53 am No comments: Links to this post