"The Giant Fucking Tumour."
thejuicemedia: Mining giant Adani has made an ad about the Batman by-election on March 17, and it's surprisingly honest and informative.

The March To Jerusalem

By Gilad Atzmon: When I was a young Israeli I learned from our leading military leaders that Israel was not afraid of wars. They said “we know how to deal with tanks, infantry, airplanes. Even ballistic missiles won’t knock us down.” But they added, “if the Palestinians decide one day to march to Jerusalem we won’t be able to offer a military answer.” 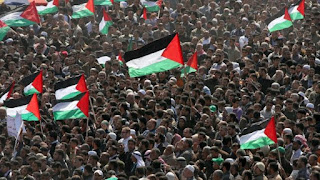 Ynet reported today on two ‘Palestinians Return’ marches due to take place later this March and in May.  The Israelis are in a state of panic and for good reason.
The following is a translation of the Ynet article:
"The Great March of Return": is an initiative in Gaza for a mass march toward the Israeli border.

***
By Elior Levy: Civil activists in the Gaza Strip have plans for marches toward the Israeli border on Land Day at the end of this month and on Nakba Day. One of the organizers told Ynet that the "Great March of Return" has the support of Hamas (and) "there are no guarantees [on our part] not to cross the border.”

Read more »
Posted by Angelo Agathangelou at 8:02 pm No comments:

Breakdown Of The Family - Erin Pizzey

Cassie Jaye: The Red Pill: Raw Files consists of never-before-seen footage from the making of The Red Pill documentary. This footage is being released for educational purposes, to inspire discussion and debate on gender issues.
Posted by Angelo Agathangelou at 5:25 pm No comments:

Men As Beasts Of Burden 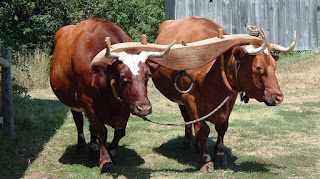 By Marty Nemko: There are five widows for every widower.
Kevin, 37, is a computer programmer, making $80,000 a year, $48,000 after taxes. His wife, Lisa, stays home to take care of their two-year old. She is pregnant with another child, and eager for them to buy a home. Kevin doesn’t like being a programmer, but fears that a career change will mean a salary cut.
I asked Kevin, “Is owning a home important to you?” He replied, “It’s very important to Lisa.” I asked him how he felt about having the second child. He sighed, “Okay, but Lisa really wants it.”
I asked, “When you first called me, you said you feel the stress is killing you. Should you be shouldering all the family’s financial responsibilities?” He pursed his lips: “Lisa reminds me that before we got married, I agreed to have two kids. She says, and I guess I agree, that to bring our kids up right and maintain a home is a full-time job. And she doesn’t have my earning capacity.” Kevin rubbed his head.
Over the past 17 years, I have been career coach to 1,500 middle and upper class women and to 500 middle-to-upper class men. Because of our relationships’ confidentiality, I have learned much about what women really think on a number of issues.
Most surprising to me, is that at least half of the women, including many graduates of elite colleges, either don’t want an income-earning job or will only work part-time in an unusually pleasant job.

Read more »
Posted by Angelo Agathangelou at 2:59 pm No comments:

An irreverent guide to world history from an Oriental perspective
Dick Cheney, Winston Churchill, and Mother Teresa make the cut
By Rakesh Krishnan Simha: Russia and India have been close allies for more than half a century. Yet most Russians know little about India.
This is a country with its own world view, self-sustaining civilization and a history that is remarkably similar to Russia’s. Both countries have been subjected to savage invasions over the past several centuries.
As we enter a new year, here’s an example of the Indian view of evil by an Indian who has been a friend of Russia for longer than he can remember. Don’t look for Russian villains here because Indians have a different perspective – often at odds with the Western one, which alas many Russians are still following. 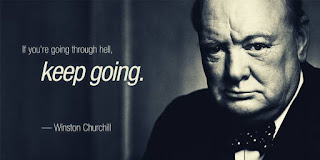 "Indians are ... the beastliest people in the world, next to the Germans" - Churchill slaughtered as many of both countries' defenseless civilians as he could

However, you are unlikely to find fault with this list of nasty people who have caused untold human misery.

Read more »
Posted by Angelo Agathangelou at 12:16 pm No comments:

How Zionist Is The New World Order And How Biblical Is Zionism? 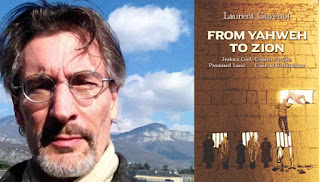 Gilad Atzmon: If Zionism was intially all about the 'promised land', Neoconservatism stands for the shift towards a 'promised planet.' How do we bridge the gap between the nationalistic aspiration and the  globalist agenda?   From Yahweh to Zion by  Laurent Guyénot offers some interesting answers. Guyénot doesn't attempt to tell us what Yahweh is but instead what the notion of Yahweh represents within the contexts of Judaism, jewish culture, Jewish politics and Jewish identification.  Guyénot's offers a  very important contribution. I hope that is books are made of fire resistant materials.


How Zionist is the New World Order? and How Biblical Is Zionism?

Laurent Guyénot https://www.veteranstoday.com
Editor’s note: In these two articles, historian Laurent Guyénot explores questions that you are not even supposed to ask…much less actually think about. Those of us who still read, and think, are grateful.  –Kevin Barrett, Veterans Today Editor


How Zionist is the New World Order?

"Most Zionist Jews are inflicted with Russophobia"
Said ex-Jew Nathanael.
Posted by Angelo Agathangelou at 6:03 am No comments:

South Korea: ‘Me Too’ Leads To Women Being Shunned In The Office

The Chosunilbo: The Hollywood-born "Me Too" movement against sexual harassment has had the paradoxical effect that many working women now find themselves isolated in the office as their male colleagues studiously avoid them. 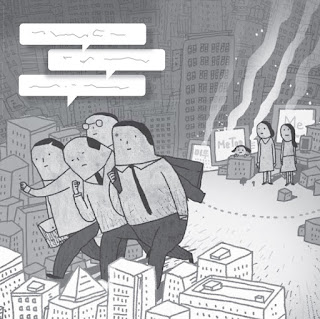 Korea has an ingrained office drinking culture, where all kinds of bullying by superiors goes on amid enforced conviviality. To be on the safe side, men now deliberately exclude women from office gatherings and business trips, leading to an equally unwelcome form of ostracism.
One 29-year-old office worker at a mid-sized company in southern Seoul said, "I feel very uncomfortable at work these days." She said her boss told female staff to go home when he took out the men out drinking.
But the office worker would have liked to bond with her coworkers and felt that opportunity was taken away from her against her will. "I didn't do anything wrong, but I felt like I was being treated like I had," she said.
Another office worker at a shipping company in Seoul said, "I rarely talk with my boss these days. He used to be very chatty with the female staff, but nowadays he only gives instructions by text message."

The New Colour Line: American Suicide Is In The Cards

'White people, not global robber baron corporations
or Wall Street crooks or corrupt politicians (unless they are white or male) are the source of evil, of oppression,
of racism and enslavement of women.'

By Paul Craig Roberts: Identity Politics is turning white people into a delegitimized group that it is permissible to hate and to discriminate against. White Americans are being turned into undesirables and are being delegitimized just as Jews were delegitimatized in Nazi Germany. Curiously enough, as I understand it, the Identity Politics being used to delegitimize white people has its roots in the Jewish cultural Marxism of the Frankfort School.
Most Americans are unaware of Identity Politics, and those who hear about it dismiss it as something silly. But it is the core politics of the Democratic Party and the liberal/progressive/left that is rivaling the neoconservatives for control over the American psyche.
I wrote about the article in the Texas Tech student newspaper that declared white DNA to be abominable. We should all take notice that Identity Politics has reached into a deep South technical school. The article was approved by the paper’s editors and also perhaps by the faculty advisers. An article that declared black or Jewish DNA to be abominable would most certainly not have been approved, and anyone who wrote such an article would at a minimum have been sent for sensitivity training.

'In place of equality under law, Blumrosen, a Frankfort School Jew, went for equality of result.'
Read more »
Posted by Angelo Agathangelou at 12:16 am No comments: