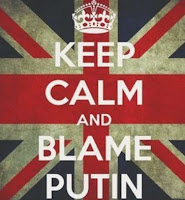 By Finian Cunningham: Relations between Britain and Russia have become so toxic now that anyone working with Russian news media is liable to be condemned as a stooge or traitor.
Senior Labour party member John McDonnell, the shadow finance minister, has conceded this week that fellow opposition politicians "may be banned from appearing on Russian news media" following the furore over allegations that Moscow carried out an assassination attempt in Britain last week.
Other reports have called on Britain's state media regulator, Ofcom, to cancel the broadcast license for Russian government-owned news outlet RT. That move is being touted as "appropriate retaliation" for Moscow's alleged involvement in the apparent poison attack on Sergei Skripal and his adult daughter.
The pair have been hospitalized following an incident in their adopted home town of Salisbury on March 4, in which it appears they were exposed to a lethal nerve agent. Disgraced Russian agent Sergei Skripal had been living in the southern England town for the past eight years following his exile to Britain in 2010 as part of a spy exchange.
After much fevered speculation in British media, the Conservative Prime Minister Theresa May followed up this week by telling lawmakers in the House of Commons that "it was highly likely Russia was responsible".

RT: The UN Security Council meeting comes after allegations from Britain's Prime Minister Theresa May, on Russia's alleged involvement in the poisoning of former spy Sergey Skripal and his daughter.
Read more »
Posted by Angelo Agathangelou at 3:14 pm No comments: Links to this post 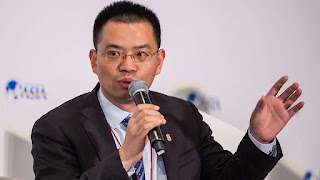 Professor Susan Vinnicombe of Cranfield University has been for many years the world’s leading academic proponent for ‘more women on boards’. In 2012 she admitted to a House of Lords inquiry that she knew of no evidence of a causal link between increasing gender diversity on boards, and improved corporate financial performance – here.
Our thanks to James for alerting us to an article about a Chinese investor based in Beijing, Luo Mingxiong. The start of the piece:
After days in the spotlight for saying female CEOs are bad for business, Luo Mingxiong, a Chinese investor in Beijing, does not regret what he said.
“If I could have had a chance to say it again, I would still list this as my investment principle,” said Luo.

Will Russia Wake Up? 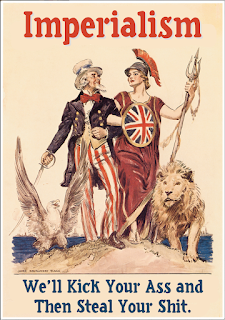 By Dr. Paul Craig Roberts: Russians are having a difficult time comprehending their Western enemy or even understanding that Russia has an enemy that seeks the destruction of Russia.
Has it occured to Russia that it is very strange that the UK, a country of no military significance, a country that could be completely destroyed forever in a few minutes by Russia, would concoct false charges against the Russian government, announce these charges publicly without providing any evidence whatsoever, bring the unsupported charges to the UN, issue an ultimatum to Russia, dispel Russian diplomats and seize Russian assets on the basis of mere allegations, all the while refusing any evidence and any cooperation with Russia, as required by law, in the investigation of the charges?
Russians, both government, media and youth brainwashed by American propaganda and the Washington-funded NGOS that the Russian government permits to operate against itself in Russia, seem to think that the many accusations and threats issued against Russia are some kind of mistake that can be rectified by recourse to evidence and law. Apparently, after all these years the Russians still do not understand that Washington and its vassals have no interest whatsoever in facts or law.

Read more »
Posted by Angelo Agathangelou at 11:02 am No comments: Links to this post

Barbara4u2c:
Read more »
Posted by Angelo Agathangelou at 8:51 am No comments: Links to this post

“In a nuclear war the “collateral damage”
would be the life of all humanity." - Fidel Castro
By Dr. Paul Craig Roberts: The Russians, in their anxiety to show the West how friendly they are, left Washington with a toe hold in Syria, which Washington is using to reopen the war. The Russians’ failure to finish the job has left Washington’s foreign mercenaries, misrepresented in the American presstitute media as “freedom fighters,” in a Syrian enclave. To get the war going again, Washington has to find a way to come to the aid of its mercenaries. 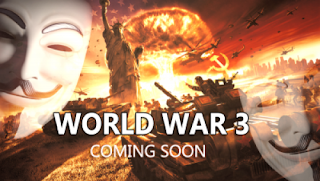 The Trump regime has found, or so it thinks, its excuse in the revival of the Obama regime’s fake charge of Syrian use of chemical weapons. This made-up lie by the Obama regime was put to rest by Russian intervention that made sure there were no Syrian chemical weapons. Indeed, if memory serves, Russia delivered the chemical weapons to the US for destruction. Little doubt Washington still has them and will use some of them with their Syrian markings for what appears to be a coming false flag attack that can be blamed on Assad. In other words, Washington will create a “situation,” blame Assad and Putin, and with or without congressional authorization introduce US intervention in behalf of Washington’s mercenaries.

Read more »
Posted by Angelo Agathangelou at 6:11 am No comments: Links to this post

The Neo-Con-Artist Full Court Press For War Is Here

'This is a false flag.  It’s far more plausible than
the drivel Theresa May peddled to Parliament.' 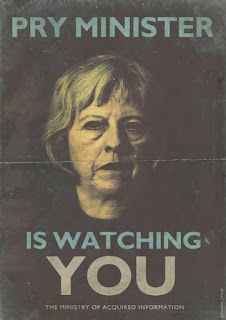 By Tom Luongo: The events of the past two weeks have been stunning.   Since Russian President Vladimir Putin unveiled new ‘doomsday’ weapon systems at his State of the Union address, the West has gone completely bonkers.
In the words of Russian Foreign Minister Sergei Lavrov, ““I simply don’t have any normal terms left to describe all this,”
With the U.K. expelling Russian diplomats over the poisoning of former double agent Sergei Skripal and his daughter Yulia in Salisbury last week, the push to isolate Russia and create conditions for a World War is here.
The questions are Who is behind this?  And Why?
Theresa May’s response is a joke.  This is a woman who can’t stand up to EU shakedown artists over the mildest of disagreements in Brexit talks but can grandstand to high heaven over an incident with no evidence of Russian action.
This situation is straight out of the neoconservative play book, creating a horrific incident and rushing a government into a confrontation and major policy decision.

And these are happening all over the world right now.
Read more »
Posted by Angelo Agathangelou at 3:44 am No comments: Links to this post

Janet Bloomfield AKA JudgyBitch: Meet The Woman Who Doesn’t Think Women Should Vote. It’s Me!

VICELAND: Janet Bloomfield is an anti-feminist who believes women shouldn't have the right to vote.
Posted by Angelo Agathangelou at 12:33 am No comments: Links to this post