By Dr. Paul Craig Roberts: Notice that the governments of the US, UK, France, and Germany did not require any evidence to decide that the Russian government used military-grade nerve gas to attack two people on an English park bench and a UK policeman. It makes no sense. There is no Russian motive. http://www.informationclearinghouse.info/48963.htm 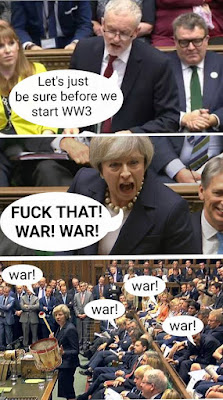 The motive lies in the West. It is the latest orchestration in the ongoing demonization of Russia. The demonization is a huge boost to the power and profit of the military/security complex and prevents President Trump from normalizing relations. The military/security’s budget and power require a major enemy, and Russia is the designated enemy and will not be allowed to escape that assigned role.
The false accusations against Russia are damaging the Western countries that make and support the accusations. There has never any evidence provided for any of the accusations. Consider them: the Malaysian airliner, Crimea, the polonium poisoning of a Russian in the UK, Putin’s alleged intention to restore the Soviet Empire, Russiagate and the stealing of the US presidential election, other charges of election theft or interference. The current Skripal poisoning. Accusations abound, but never any evidence. Eventually even insouciant Western peoples begin to wonder about the transformation of evidence-free accusations into truth.

Independent Man:
What are US College students &
Silicon Valley's attitudes towards free speech?
Posted by Angelo Agathangelou at 8:08 pm No comments: Links to this post

Russian MoD Warn: US Is Preparing A Chemical False Flag Attack In Syria To Justify US Attack

Chief of Main Operational Directorate
Colonel General Sergei Rudskoy holds briefing
Ministry of Defence of the Russian Federation: Today, Chief of the Main Operational Directorate of the Russian General Staff Colonel General Sergei Rudskoy and spokesman of the Russian Defence Ministry Major General Igor Konashenkov held briefing in the National Centre for State Defence Control.
According to Sergei Rudskoy, in late February, situation in the Eastern Ghouta, suburbs of Damascus, has been complicated due to actions of the Jabhat al-Nusra terrorist organization and other armed formations joined to it. These armed formations activated military actions against the government troops and intensified shelling of living quarters of Damascus.
Acting strict to the UN Security Council Resolution 2401 dating from February 24, the Syrian government troops are eliminating Jabhat al-Nusra terrorists taken position in the Eastern Ghouta.

Posted by Angelo Agathangelou at 2:29 pm No comments: Links to this post

"Feminist says 'nothing threatens the patriarchy more than a women unafraid to demand attention.' What have women been doing since forever other than demanding attention?"
Turd Flinging Monkey.
Posted by Angelo Agathangelou at 11:22 am No comments: Links to this post

Men Too: The Silent Half Of Domestic Violence

Canadian Association for Equality: Domestic violence is seen as a women’s issue by nearly all societies. Thanks to groups like CAFE and its continuing efforts, that is beginning to change for the better, particularly in terms of public awareness and the willingness of media to grudgingly accept that men can be victims and women can be perpetrators. Still, we see many of the people who influence government policy continuing to perpetuate the belief that while men can be victims, they rarely are, or that even if men are roughly half the victims, women are more affected and therefore deserve an absolute monopoly on resources. I will explore the internal and external factors involved in why abused men so rarely seek help, and why, when they do, they are more likely to be punished than assisted.
Posted by Angelo Agathangelou at 8:51 am No comments: Links to this post

Mike Buchanan should have been interviewed along with Manzoor Moghul (chairman, Muslim Forum) at the start of this programme, but wasn't, due to a mix-up - he appeared as a caller later on. - The key contributors: Yasmeen Khan's introduction 0:00 Manzoor Moghul, chairman, The Muslim Forum 00:42 David Smith (15 Square) 8:19 Patrick Smyth 10:22 Manzoor Moghul 13:27 Patrick Smyth 15:37 Mike Buchanan 23:42
Posted by Angelo Agathangelou at 6:01 am No comments: Links to this post

Of A Type Developed By Liars 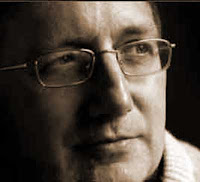 Former British Ambassador Craig Murray: I have now received confirmation from a well placed FCO source that Porton Down scientists are not able to identify the nerve gas as being of Russian manufacture, and have been resentful of the pressure being placed on them to do so. Porton Down would only sign up to the formulation “of a type developed by Russia” after a rather difficult meeting where this was agreed as a compromise formulation. The Russians were allegedly researching, in the “Novichok” programme a generation of nerve agents which could be produced from commercially available precursors such as insecticides and fertilisers. This substance is a “novichok” in that sense. It is of that type. Just as I am typing on a laptop of a type developed by the United States, though this one was made in China.
To anybody with a Whitehall background this has been obvious for several days. The government has never said the nerve agent was made in Russia, or that it can only be made in Russia. The exact formulation “of a type developed by Russia” was used by Theresa May in parliament, used by the UK at the UN Security Council, used by Boris Johnson on the BBC yesterday and, most tellingly of all, “of a type developed by Russia” is the precise phrase used in the joint communique issued by the UK, USA, France and Germany yesterday:
This use of a military-grade nerve agent, of a type developed by Russia, constitutes the first offensive use of a nerve agent in Europe since the Second World War.

Read more »
Posted by Angelo Agathangelou at 3:00 am No comments: Links to this post

If Americans Knew: A disturbing video of Israeli soldiers beating medics. The U.S. prepares to fight with Israel. Israel tries to cover up shooting a child in the head.