By Tyler Durden: NSA whistleblower and former CIA employee Edward Snowden slammed Facebook in a Saturday tweet following the suspension of Strategic Communication Laboratories (SCL) and its political data analytics firm, Cambridge Analytica, over what Facebook says was imporoper use of collected data. 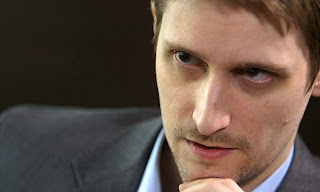 In a nutshell, in 2015 Cambridge Analytica bought data from a University of Cambridge psychology professor, Dr. Aleksandr Kogan, who had developed an app called "thisisyourdigitallife" that vacuumed up loads of information on users and their contacts. After making Kogan and Cambridge Analytica promise to delete the data the app had gathered, Facebook received reports (from sources they would not identify) which claimed that not all the data had been deleted - which led the social media giant to delete Cambridge Analytica and parent company SCL's accounts.

Read more »
Posted by Angelo Agathangelou at 10:56 pm No comments:

The Presidents Club Fiasco And The #MeToo Movement

Ewan Jones talks to Jordan Holbrook about the Presidents Club fiasco. The 'Presidents Club Trust' is a British charity known for an annual dinner that has raised over £20 million for other charities. This event was held between 1985 and 2018 and was for male guests only. Following allegations of sexual misconduct by male guests against the female hostesses at the 2018 dinner, the charity has now been disbanded. Jordan argues these allegations were extremely dubious. He goes onto assert there was some immoral behaviour by both the men and women at this event, but this has always been an issue in spaces where rich men meet young good looking women. We discuss the lack of honesty in the media's discussion of allegations made at the Presidents Club 2018 dinner, and how this echoes the lack of honesty in the wider #MeToo movement.

Read more »
Posted by Angelo Agathangelou at 8:39 pm No comments: 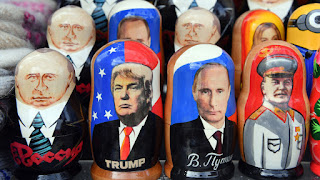 As Putin was thanking his supporters for a landslide victory from the stage in Red Square, Western outlets rolled out long, pre-written news stories, liberally mixing reporting and opinion.
“The vote was tainted by widespread reports of ballot-box stuffing and forced voting, but the complaints will likely do little to undermine Putin,” wrote AP’s lead report. “The Russian leader’s popularity remains high despite his suppression of dissent and reproach from the West over Russia’s increasingly aggressive stance in world affairs and alleged interference in the 2016 U.S. election.”
The Washington Post called Sunday’s vote an “elaborate presidential-election-day spectacle” that sought “to legitimize the election,” which “critics described as a charade,” by boosting the turnout as “a lack of suspense or popular opposition candidates threatened to keep people home.”
Calling the election a “hollow exercise,” the New York Times reached for the most predictable of parallels.

Read more »
Posted by Angelo Agathangelou at 3:46 pm No comments:

The Second Cold War Has Begun... And We Only Have Ourselves To Blame

'USA and UK shoot first, ask questions later type of approach needs to stop.'
Written by Darius Shahtahmasebi: At this critical juncture in modern history where tensions run at an all-time high between world powers that possess extensive nuclear weapons supplies, the United States and the United Kingdom would do well to re-educate themselves on the art of diplomacy. 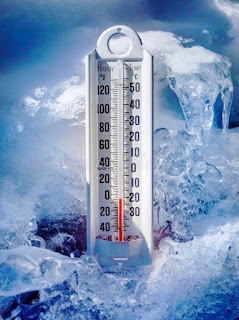 Instead, the United Kingdom has put its foot on the throttle, openly blaming Russia for poisoning a former Russian spy and his daughter in the U.K. Together with France, Germany and the United States, this western alliance has called on Russia to explain the military-grade novichok nerve toxin attack on Sergei Skripal and his daughter Yulia in Salisbury, England. They both remain in critical condition.
U.K. Prime Minister Theresa May was one of the first to openly blame Russia for the incident, calling it a “brazen” act and expelling 23 Russian diplomats almost immediately. She also cut off high-level contact with Moscow for the attack on U.K. soil.
U.S. President Donald Trump also came out behind the U.K., stating it “certainly looks like the Russians were behind” the incident. Apparently, Trump is happy to believe conspiracy theories regarding Russian interference as long as he is not the subject matter.

Read more »
Posted by Angelo Agathangelou at 12:27 pm No comments:

Max and Stacy discuss the quantum nature of bitcoin which becomes whatever the regulatory observer wants to see. In the second half, Max interviews Jameson Lopp of @casahodl about the latest developments in the bitcoin space - from Lightning Network to Mimblewimble, Schnorr signatures, Bulletproofs and more. Lopp also drops some big bitcoin gossip: that there could be as many as fifty forks on the network in 2018!
Posted by Angelo Agathangelou at 10:59 am No comments:

Economic Boom? … Why Is Homelessness Skyrocketing?

Prior to becoming President, Donald Trump accurately called the U.S. economy a “big, fat, ugly bubble.” That hasn’t changed, other than the big fat bubble being even more ugly! Homelessness is skyrocketing across The West. What's going on? Ron Paul talks about government policies that create an even bigger homeless problem in the U.S.
Posted by Angelo Agathangelou at 8:33 am No comments: 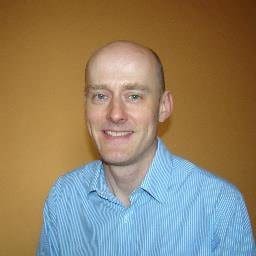 By Camilla Turner: King’s College London (KCL) has been accused of “no platforming” its own lecturer, after his talk on free speech was deemed “high risk”.
Dr Adam Perkins [left], an academic who specialises in the neurobiology of personality, was due to speak to students on Friday afternoon about the scientific importance of free speech.
But the event, hosted by KCL’s Libertarian Society, was forcibly postponed by the university following a risk assessment.
The society said they see this as “no platforming”, adding: “When your university censors its own lecturer, you know things have got out of hand.
“The talk was meant to be about the scientific importance of free speech. It seems for King’s, there is no such concept of free speech.”
It comes amid growing concern about threats to free speech on university campuses, with students seeking to "no platform" individuals or groups whose views are deemed offensive. Earlier this month, protesters stormed a KCL event featuring a controversial anti-feminist YouTube star.
Police are investigating the incident, which saw masked activists reportedly assault security guards as they barged into the university building, smashed windows, hurled smoke bombs and set off a fire alarm.

Read more »
Posted by Angelo Agathangelou at 5:40 am No comments:

Barbara4u2c: Your favorite PM and gender biased snow plowing!
Read more »
Posted by Angelo Agathangelou at 3:08 am No comments:

Regards, Bearing.
Read more »
Posted by Angelo Agathangelou at 12:21 am No comments: