How Do Men Express Their Feelings? - Tom Golden

Cassie Jaye: The Red Pill: Raw Files consists of never-before-seen footage from the making of The Red Pill documentary. This footage is being released for educational purposes, to inspire discussion and debate on gender issues.
Posted by Angelo Agathangelou at 9:28 pm No comments:

The “Pimps”, “Whores” And “Johns” Of The Military Industrial Empire

“We have met the enemy and she be us!”
By Philip A Farruggio: We [USA] have regressed as a nation, as a culture, so quickly that even the 60s , 70s and 80s look like ‘the good old days’… and they weren’t. This Military Industrial Empire is run by the Pimps. They push their Whores, the political system and the mainstream media, out into the streets of our great nation, where they proposition the Johns, the majority of our populace. 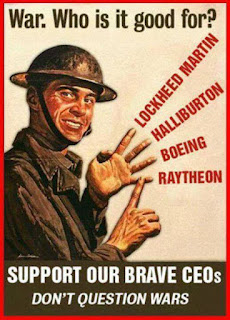 The biggest Lie that they con the Johns with is that we are a Democracy, and that their vote matters. Of course, what they fail to inform the Johns of is that only the Two Party/One Party system is what counts. The second biggest Lie is that we live in a ‘Free Enterprise system’ where any John can rise to the top of the economic ladder with both hard work and diligence. Then the Lie continues by saying that people have a right to earn as much as they can, and that ‘The rich pay all the taxes and deserve a break.’ Tell that to the millions of Johns at the gas pump each day, by asking them to look at how much of each gallon of gas goes for taxes.
You channel surf on the boob tube and see what the so called ‘News channels’ are covering.
Read more »
Posted by Angelo Agathangelou at 7:11 pm No comments:

Contraceptive Pill For Men Is Closer To Development

By Victoria Allen: A contraceptive pill for men has come a step closer to development.
Taken daily like the female Pill, it switches off a man’s testosterone and the hormones that cause sperm production.
This should bring the sperm count low enough so that a man cannot get his partner pregnant.
Researchers who gave the tablet to men for a month said it did not cause liver damage – a side effect shown in previous trials of oral hormonal contraceptives.
Past attempts to give men contraception have focused on injections or gels, but experts say men may find it easier to take a pill.
While there is a fear men may forget to take the tablets, researchers hope this can be addressed by a longer-lasting ingredient that means they can be taken daily rather than twice a day as with previous versions.
A 2011 survey found half of women would not rely on a male pill because they did not trust their partners to remember to take it.
A team led by the University of Washington has trialled the male pill on 83 men aged 18 to 50, who suffered no physical side effects beyond mild weight gain and acne.

Read more »
Posted by Angelo Agathangelou at 3:59 pm No comments:

Is It Good For The Jews?

By Gilad Atzmon: Israeli media outlet Ynet reported last weekend that five staunch supporters of Israel, including Alan Dershowitz, sent a letter to Netanyahu “imploring him to reconsider (a) plan that will see illegal African migrants sent to Uganda or Rwanda, warning of the 'incalculable damage' it could have on Israel and Jews' 'moral standing.' 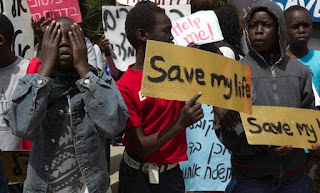 “We fear,” the letter states, “that a mass expulsion could cause incalculable damage to the moral standing of Israel and of Jews around the world.” If for one minute you thought that Dershowitz & Co care about the thousands of Black refugees and their human rights you were sadly mistaken. The letter writers clearly explain that their concern is for Jews and their reputation.
The five advocates for Israel counselled PM Netanyahu that the expulsion of African refugees will reflect badly on the Jews.
One of the authors of the cautionary letter was Rabbi Marvin Hier, who accepted an invitation by US President Donald Trump to offer a prayer at his presidential inauguration. Heir was also one of the founders of the Simon Wiesenthal Centre and its Museum of Tolerance. Heir probably realised that crying about the Holocaust while being associated with another one isn’t such a clever idea. 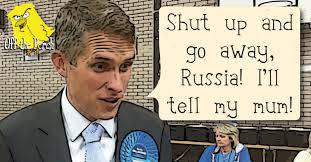 RI: Responding to the suggestion of the British Secretary of Defense, Gavin Williamson that Russia should  "shut up and go away” the Russian Ministry of Defense did not mince words. Russian MoD Spokesman, Major General Igor Konashenkov:

"The rhetoric of an uncouth shrew demonstrated by the Head of the British Ministry of Defense makes his utter intellectual impotence perfectly evident.
All this confirms not only the nullity of all accusations towards Russia we have been hearing from London for the last several years but also that the “accusers” themselves are nonentities.
The Great Britain has long turned not only into a cozy nest for defectors from all over the world but also into a hub for all sorts of fake news-producing agencies: from the British “Syrian Observatory for Human Rights” to the created by a British intelligence officer pseudo-Syrian “White Helmets”.
As to boorish words of the British Defense Minister regarding Russia, it seems that in the absence of the real results of the professional activity, rudeness is the only weapon remaining in the arsenal of the Her Majesty’s Military."

Read more »
Posted by Angelo Agathangelou at 9:07 am No comments:

By Scott Humor: In regards to the British government-staged hoax around the persona of retired British spy Sergey Skripal: If TV police dramas told us anything it’s the principle of Corpus delicti, or “no body, no crime.” It’s the principle that a crime must be proved to have occurred before a person can be convicted of committing that crime.
Since February, the British government has been staging a bizarre theater employing dozens of actors dressed in police and firefighters uniforms and colorful hazmat suits, all to make the appearance of a crime being investigated.

Just one fact is enough to understand that an entire “the Skripals poison crime” has never took place. This so called “nerve agent” has never been placed on the OPCW list of banned chemical weapons because it has never existed.
It’s non-existence was confirmed by Dr Robin Black, until recently he was a head of the detection laboratory at the Defence Science and Technology Laboratory (Porton Down). He wrote in his review: “… emphasizes that there is no independent confirmation of Mirzayanov’s claims about the chemical properties of these compounds: Information on these compounds has been sparse in the public domain, mostly originating from a dissident Russian military chemist, Vil Mirzayanov. No independent confirmation of the structures or the properties of such compounds has been published. (Black, 2016)
Read more »
Posted by Angelo Agathangelou at 5:49 am No comments:

Is Blasphemy Back In The UK? The Curious Case Of Lauren Southern

Independent Man:
Lauren Southern has been barred from the UK
for seemingly bizarre reasons.

Posted by Angelo Agathangelou at 3:08 am No comments:

Things Must Be Serious, Everyone’s Lying

'The moron in charge of Britain’s defense department screeches for the Russians to ‘shut up and go away.’  Presumably he said it from his safe space
rubbing his safety pin like Captain Queeg.'
By Tom Luongo: European Commission President Jean-Claude Juncker had a moment of clarity once.  He famously said, “When things get serious, you have to lie.” 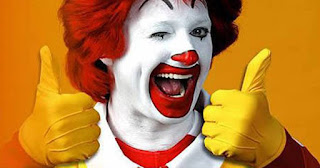 Given the state of affairs in his beloved European Union right now Mr. Juncker and company are doing a lot of lying.
It is rare in politics to get that kind of honesty from a politician, especially one currently in office.  But, Juncker’s statement shouldn’t be a surprise to anyone who is even a semi-serious political observer.
It’s why I find it funny that the Democrats and Antifa-Left get so bent out of shape when Donald Trump exaggerates or outright lies.  To him it’s a tactic.  Catching Donald Trump in a falsehood is like trying to ladle water with a sieve.
So, by the Juncker Maxim, things must be getting very serious because the amount and type of lies being thrown around by people who are supposed to know better have been staggering.
To the point that Russian Foreign Minister Sergei Lavrov said, “I simply don’t have any normal terms left to describe all this.”