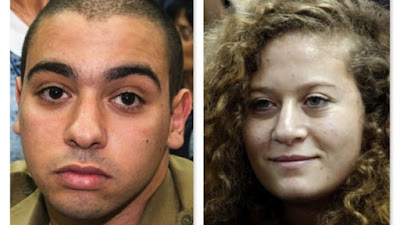 Elor Azaria [left] took the life of a man who was no threat, received a hero’s welcome, a reduced charge, and a lenient sentence. The Prime Minister of Israel called for his pardon because he and his family had been through enough. His sentence has been reduced to 9 months, though he shows no remorse for what he did.
Contrast Ahed Tamimi [right], who slapped an IDF soldier in full armor (after Israeli soldiers had shot her cousin in the face), was charged with assault and a multitude of other crimes, and has just reached a plea bargain that will give her a total prison time of 10 months.
Ergo, slapping a soldier is about as bad as killing a Palestinian.
IMEMC News: Elor Azaria, the Israeli soldier convicted of shooting and killing a Palestinian in the head while the Palestinian was lying on the ground wounded, had his sentence reduced to nine months by an Israeli judge this week.
Last February, Azaria was sentenced to eighteen months for the 2016 killing, which was captured on camera by a bystander. He began his prison time in August 2017. With the new sentence reduction, he will be released in May.

Evolution According To Rabbi Yitzhak Yosef

By Gilad Atzmon: Israeli press reported today that Israel’s chief (Sephardic) rabbi Yitzhak Yosef  called black people “monkeys” during his weekly sermon.
During his weekly sermon, the rabbi used the Hebrew term for nigger before going on to call a black person a “monkey.”
Following wall to wall condemnations from around the world, the Rabbi’s office insisted that the rabbi was actually “citing a passage from the Talmud."
In fact, we should thank the rabbi rather than condemning him. The grossly offensive statement he made yesterday puts Israeli current attitude towards African refugees in a historical, religious and cultural context.
If you want to understand the Jewish State you better dig into the 'J word' and understand the complex relationships between Jews, Judaism and Jewishness.

Read more »
Posted by Angelo Agathangelou at 8:29 pm No comments: Links to this post 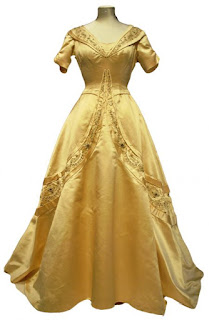 All that glisters is not gold;
Often have you heard that told.
Many a man his life hath sold
But my outside to behold.
Gilded tombs do worms infold.
Had you been as wise as bold,
Young in limbs, in judgment old,
Your answer had not been inscrolled.
Fare you well, your suit is cold.
You that choose not by the view,
Chance as fair and choose as true.
Since this fortune falls to you,
Be content and seek no new.
If you be well pleased with this
And hold your fortune for your bliss,
Turn to where your lady is,
And claim her with a loving kiss. [1]

By Author Douglas Galbi: In Shakespeare’s The Merchant of Venice, Bassanio rejected the silver and gold caskets. He choose the dull lead one. That was the casket that carried the inscription, “Who chooseth me must give and hazard all he hath.” Within that casket was the winning sign, a portrait of Bassanio’s beloved Portia.
Gazing upon Portia’s portrait, Bassanio lavishly praised its realistic beauty. Its eyes seemed to be alive and so beautiful that just one of them could have stolen the eyes of the painter. Her mouth seemed to exhale sweet breath that parted her lips, and her hair was a golden web that could entrap men’s hearts.

Read more »
Posted by Angelo Agathangelou at 3:35 pm No comments: Links to this post

Dose of Truth: Michael knowles of the daily wire interviews Jordan Peterson on the 12 rules for life and they go over rules in the book and a dream Jordan Peterson's and what it means.They talk about Adam from Genesis and Christ and the importance of discipline. There are many topics discussed and solutions to problems are explained.
Posted by Angelo Agathangelou at 12:52 pm No comments: Links to this post

Al Jazeera Did A Hard-Hitting Investigation Into Jewish US And Israeli Lobbying - So Why Won’t They Air It? 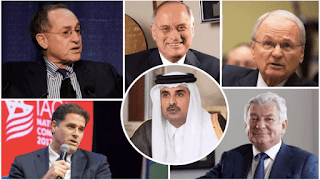 A documentary called The Lobby, directed by one of Al Jazeera’s top journalists, Clayton Swisher, secretly filmed pro-Israel US activists and Israeli government officials. It was completed last autumn, but still hasn’t been shown…
Swisher says that several “leaders of Jewish American organisations” met with Qatar’s registered agent, Nick Muzin – a former aide to US Senator Ted Cruz – “to see if he could use his ties with the Qataris to stop the airing.”
Since October, Swisher says, “We’ve faced a series of unexplained delays on broadcasting our project, the likes of which I’ve never experienced….”
By Robert Fisk: So when am I going to be able to watch Al Jazeera’s hard-hitting investigation into Israel’s powerful lobby in the United States? Remember Al Jazeera? The tough, no-holds-barred Middle East satellite channel that transformed Qatar into a media empire whose reports frightened dictators and infuriated potentates and presidents alike? Why, George W Bush once wanted to bomb its headquarters in Doha – so it must have been doing something right. It even has an office in Jerusalem.
But something seems to be amiss. Not Al Jazeera’s disastrous American venture, which was supposed to break free of the dross on CNN and Fox News and ended up looking just like CNN or Fox. Nor the tragicomedy of its journalists’ imprisonment in Sissi’s Egypt, banged up by Cairo’s farcical laws and the stupidity of Al Jazeera’s own management in Qatar.
Read more »
Posted by Angelo Agathangelou at 10:36 am No comments: Links to this post

"The Gender Gauge Rap Is Real!"

Independent Man discusses the gender gauge wrap incident
with James Fox-Higgins.
Read more »
Posted by Angelo Agathangelou at 8:26 am No comments: Links to this post

We Can Do It! - Response To: We Must Ban Sex Robots

TFM: Sex robot Celestina takes on the founder of the Campaign Against Sex Robots, Kathleen Richardson who is all for vibrators.

Read more »
Posted by Angelo Agathangelou at 5:14 am No comments: Links to this post

Who Is Rick Mehta

StudioBrule: Professor Janice Fiamengo looks at the movement against freedom of speech at Canadian Universities and argues that the people who once fought for freedom of expression now seek to shut it down.
Posted by Angelo Agathangelou at 12:03 am No comments: Links to this post