'Queer Kids Stuff' Explains How Babies Are Made...

"A man and a woman fucking makes a baby!"
Said Bearing.
Posted by Angelo Agathangelou at 11:00 pm No comments:

"An illegality that pains the eye and outrages the heart, if the eye be not blind and the heart be not callous or corrupt.”
By B’Tselem: Last Friday was a bloody day in Gaza as Israeli soldiers fired at Palestinians taking part in demonstrations within the Gaza Strip. Of at least 17 Palestinians killed that day, 12 were killed at the protests. Hundreds more were injured by live gunfire. 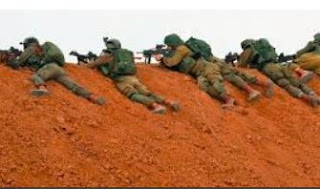 The use of live ammunition against unarmed persons who pose no danger to anyone is unlawful. It is even more blatantly unlawful in the case of soldiers firing from a great distance at demonstrators located on the other side of the fence that separates Israel from the Gaza Strip. In addition, it is impermissible to order soldiers to fire live ammunition at individuals for approaching the fence, damaging it, or attempting to cross it. Obviously, the military is allowed to prevent such actions, and even to detain individuals attempting to carry them out, but firing live ammunition solely on these grounds is absolutely prohibite.
Responses by Israeli officials clearly show that Friday’s grave outcomes were the expected, and indeed looked-for, implementation of a policy formulated beforehand.
Read more »
Posted by Angelo Agathangelou at 8:39 pm No comments:

"The long march through the institutions is complete and feminists now occupy pivotal positions of power and
decision-making throughout the world.”
By Peter Wright: Despite being a feminist-friendly book with some of the usual agitprop, Governance Feminism: An Introduction caught my eye because I have never seen an overt, extensive discussion of feminist institutional power by a feminist. It’s a topic classified taboo for academics and authors despite the ubiquitous effects of that power experienced by peoples around the planet daily.

The book intrigued and perhaps even excited me for the prospect that a veil of denial and secrecy surrounding feminist power may be perforated for the first time.
The four authors of the work dubbed their topic Governance Feminism (GF), by which they mean “every form in which feminists and feminist ideas exert a governing will within human affairs.” This definition follows Michel Foucault’s definition of governmentality in which feminists and feminist ideas “conduct the conduct of men.” Governance Feminism is proposed as a new phrase, but it deserves mentioning that MRAs have been using the synonymous phrase ‘Feminist Governance’ for many years.
The work looks at feminist infiltration into positions of institutional and cultural power – the long march through the institutions that so many of us have been monitoring. Feminists have infiltrated the UN, World Bank, International Criminal Court, every layer of national governments, and further into universities, schools, NGO volunteer orgs, and in HR departments at most medium to large scale workplaces.

Read more »
Posted by Angelo Agathangelou at 5:01 pm No comments:

So, You Really Want To Compete With Men?

"Feminism ends when a woman needs to get a refrigerator moved to the third floor." Paul Elam.
Posted by Angelo Agathangelou at 2:26 pm No comments:

"The Me Too movement is now innovating and
there's money on the table." Said johntheother.
Read more »
Posted by Angelo Agathangelou at 11:36 am No comments:

Aparat: The American Israel Public Affairs Committee (AIPAC) is voicing admiration for US President Donald Trump over his decision to recognize Jerusalem al-Quds as the Israeli regime’s capital. The powerful lobby group launched its annual conference at the Washington convention center on Sunday, with an appeal to “progressives.” Former Michigan Governor Jennifer Granholm (pictured above), a Democrat in the house, also gave a speech, turning a blind eye on the regime’s brutal policies against Palestinian citizens and its atrocities and expansionist policies in the region. “Israel can be a role model for other nations including America showing how citizens are cared for,” said Granholm, calling Israel a “progressive paradise.” According to Israeli daily Jerusalem Post, this year’s conference is hosting some 18,000 “activists.”

GlobalFaction: In light of the recent surge of violent crime amongst our youth Stanza teams up wit Rezz Ra to deliver this record aiming to raise awareness on the issue. Produced by smila productions
Posted by Angelo Agathangelou at 6:24 am No comments:

“Just notified by YouTube that Abby Martin’s interview with Max Blumenthal has been blocked from being viewed in 28 countries (including Israel) to ‘comply with local laws.’ Actions disabled & warnings for viewers elsewhere,” the program’s official Twitter account related on Thursday. “YouTube has claimed that it removed my interview on Israel-Palestine with Abby Martin to comply with laws in 28 countries. However, nothing I did or said in the discussion was even remotely illegal, even in countries with the strictest hate crime laws,” Blumenthal told RT

Blumenthal said that his comments were “motivated by a strong opposition to Israel's systemic discrimination against Palestinians,” and his “dedication to equal rights for all.” He called the YouTube's decision “a political one and likely made under pressure from powerful pro-Israel interests.”

Posted by Angelo Agathangelou at 3:37 am No comments: 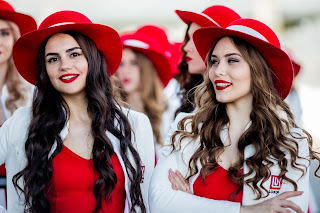 Russia wants to bring back the custom of so-called grid girls to Formula One, the organiser of the country’s grand prix this year has said. One reason given was because “our girls are the most beautiful”.
Formula One stopped using female models for promotional purposes at races in January after complaints that it was outdated and sexist. They were replaced by “grid kids”: children, mainly boys, competing in junior categories of motor racing.
Dmitry Kozak, the Russian deputy prime minister who is chairman of the organising committee for the race in Sochi in September, said: “Of course it’s not right to bring out children, who are afraid of machines. There should be adults.
“Girls advertise cars in all motor sport, it looks harmonious and nice. And if we can agree it, then we will revive this tradition.” The young women previously performed tasks such as holding driver name boards on the grid and lining the corridor through which drivers walked to the podium.