The Time For A Massive Anti-War Movement Is Now

An alleged new ‘chemical incident’ in Syria reminds of a similar series of events we saw last year. We are told to believe that each time the U.S. pulls back from the war on Syria the Syrian government is responding with a ‘chemical attack’ that pulls the U.S. back in.
From Moon of Alabama article: Syria – Timelines Of ‘Gas Attacks’ Follow A Similar Scheme
Michael Krieger: If you’re genuinely against U.S. wars for profit, power and empire the current moment represents our best opportunity to push back aggressively and launch a real grassroots anti-war movement. The entrenched forces who’ll stop at nothing to get their war with Iran and Russia going seem to believe that time’s running out. As such, they’re resorting to increasingly comical and preposterous interpretations of “events” to get their conflagration going. The war sales-pitch has become increasingly desperate and nonsensical, which provides us with a window of opportunity to push back.
It’s hard to keep track of the timeline of events these days, but it was just last week that the British foreign office was caught deleting a tweet in which it had falsely claimed it confirmed the nerve agent used in the Skripal poisoning had been produced in Russia.

Anger, resentment and frustration building up in the UK as people realize they have been taken for a ride
And just in time the London-funded White Helmets divert attention to a different allegation of Russian-sponsored chemical attack 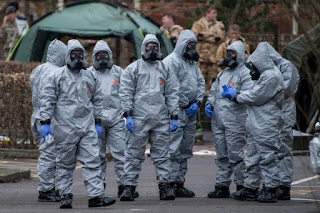 theblogmire: In her daily press conference on 5th April, the Russian Foreign Ministry spokeswoman, Maria Zakharova, mentioned a quiet resentment and fury that is building up amongst ordinary Russians over the way the Government of the United Kingdom has handled the case of Sergei and Yulia Skripal. Strange though it may seem, I sense a similar feeling of anger and resentment building up here in the UK, as it becomes clearer and clearer that the official narrative has little or no connection with reality.
The anger and frustration is increasingly being displayed on comment boards underneath pieces reporting on the issue. And the feeling is not confined to those who would normally be labelled “conspiracy theorists”. It appears that even many of those who would not normally question official statements can see that something is seriously wrong with all this.
More specifically, from whence comes this feeling? Here are just 20 of the many reasons for this growing anger:

By Samuel Veissière, Ph.D.: For better or for worse, the traditional family unit has changed a lot since the 1960s. Once a cultural oddity amid an ocean of nuclear families, single-parent households have now become the norm in many segments of modern society. While stigma against divorce is slowly shifting, single parents are still facing many challenges. Beyond the economic burden of single incomes, single parents have long been recognized by public health specialists as being at a higher risk of poorer health, higher stress levels, and increased mortality. Most investigations to date, however, have focused on single mothers. 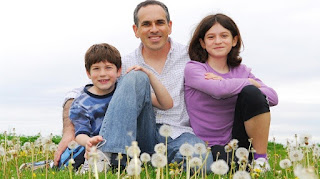 A recent study published by the Lancet Public Health sought to address this gap, and compared the health outcomes of 871 single fathers to 4,590 single mothers and partnered couples (16,341 fathers and 18,688 mothers) over an 11-year period. The results are alarming. Even after controlling for differences in lifestyles, age, and socioeconomic status, the researchers found that single fathers’ likelihood to die early was more than twice as high as that of single mothers or partnered parents.

SyrianGirl: Rebel Chemical Attack leads to missile Strikes on Syria - Analysis. I don't know how long this video will stay up, or if my channel is going to be attacked again by censors, but if so you know where else to find me.
Posted by Angelo Agathangelou at 10:53 am No comments:

"Events Today Could Lead To The Last War In The History Of Mankind", Veteran Putin General Warns

By Tyler Durden: The fallout from the Salisbury nerve agent attack reminds us of the assassination of Archduke Franz Ferdinand, which was the most immediate catalyst - of many parallel narrative and sequences of events - that ultimately resulted in World War I. We are not alone in this reasoning, as one high-level retired Russian general warns the Salisbury poisoning could lead to the “last war in the history of mankind.” 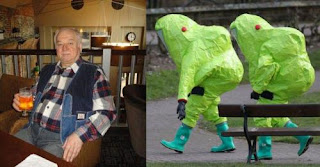 Ret. Lieutenant-General Evgeny Buzhinsky — who served in the Russian Armed Forces for more than forty years — said relations between Russia and Washington could become “worse” than the climax of the Cold War and “end up in a very, very bad outcome” following the nerve gas attack in the United Kingdom.
More than 150 Russian diplomats have been expelled from 25 countries — including 23 from the United Kingdom since western nations accused Russia of being the sole actor responsible for using deadly chemical weapons on Sergei Skripal and his daughter in their Salisbury home.
Buzhinsky, who is now the senior vice president of the Russian Center for Policy Studies (PIR Center), told BBC Radio Today program:


“Please, when you say the world, you mean EU and United States and some other countries … you see it’s a cold war, it’s worse than the Cold War because if the situation will develop in the way this (is) now, I’m afraid that it will end up in a very, very bad outcome.”

The Drunken Peoplehole Of Justice

Diana Davison: In the court of public opinion you are a member of the jury.
Posted by Angelo Agathangelou at 5:55 am No comments:

His Master’s Voice - How An Obedient Dog Goes To War

The Saker: This is really pathetic, but it no less dangerous. First, there was the order given from Above:
Israeli officials: the “U.S. must strike in Syria” because “Assad is the angel of death, and the world would be better without him”
Then there was the summoned servant’s immediate reply:
Trump: “Many dead, including women and children, in mindless CHEMICAL attack in Syria. Area of atrocity is in lockdown and encircled by Syrian Army, making it completely inaccessible to outside world. President Putin, Russia and Iran are responsible for backing Animal Assad. Big price” .

The most amazing thing is not that the subservient slave reacted like the subservient slave that he is.  The most amazing thing is that the pretext used in this announced false flag was announced by Nikki Haley at the UNSC on March 12th, almost one month ago!  That, and the fact that Trump probably did not realize that he was told to threaten only Syria and not Russia and Iran.  Although, who knows, maybe the rabidly psychopathic Neocons who now run the White House actually did tell him to bark up Russia and Iran too, I would not put that past them.
There is, of course, the slim chance that just has Trump did absolutely nothing to “Rocket Man” (even though Trump had a “bigger red button”!) he might not do anything to “Animal Assad” either, but frankly I would not recommend placing much faith in that kind of self-restraint.  Why?  Because the AngloZionists are absolutely desperate to prove that they are still relevant, manly and, of course “indispensable”.

Read more »
Posted by Angelo Agathangelou at 3:34 am No comments: 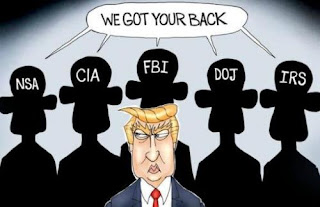 It's deja vu
By Tyler Durden: Remember when the US admitted Syrian "Rebels" have used chemical weapons? Or when earlier this year, now former Secretary of State blamed Russia for an alleged Syrian chemical attack despite admitting he doesn't know who actually did it? Or when the US finally admitted there was "no evidence" Assad used sarin gas? Or just last week, when Trump said that the US is finally pulling out of Syria as a result of the defeat of ISIS  (much to the Pantagon's fury and open-ended timetable for extracting Syrian resources)?
Well, maybe you do, but the neocons back in charge of US war preparations foreign policy - now that war hawk John Bolton is Trump's National Security Advisor - are so stuck with the age-old narrative that Assad is desperate to be bombed at any cost, that none of this actually matters, and instead the big story overnight is once again that, lo and behold, Assad decided to gas some "rebels" again, despite now overwhelmingly winning the war against US-backed insurgents, and despite knowing very well that exactly one year ago an alleged "chemical attack" prompted Trump to launch dozens of Tomahawks at Syria. This is what happened (if you've seen this script played out before, you are not alone).

Read more »
Posted by Angelo Agathangelou at 1:17 am No comments: