Deek Jackson
Posted by Angelo Agathangelou at 9:37 pm No comments: 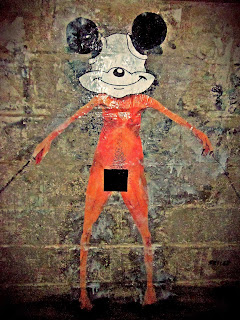 The Saker: An AngloZionist attack on Syria appears to be inevitable and imminent.  There is always a chance of a major pushback from some putative mentally sane, realistic and patriotic generals in the Pentagon, but I am not holding my breath (I asked two of my best informed friends about that, they both told me to forget about it).  Counting on those who have made a life obeying orders to suddenly refuse one, and wreck their career in the process, is naive.  Besides, most of what we now have at the Pentagon are not Admiral Fallon types, but rather the same “an ass-kissing little chickenshit” type à la Petraeus.  They might not push for a confrontation with Russia, but they will do what they are told to.  The commander of CENTCOM recently said just that (“we will do what we are told“).
However, what kind of attack options the US Neocons and their Israeli pals will chose is probably what is being debated right now.  Here are the basic options
1) A repeat of last year’s attack on the Syrian Air Force base in Shayrat.  That would be by far the best option and that would allow the Neocons a face-saving, even if entirely symbolic, “look how tough we are” option.  They might as well strike the same T4 base the Israelis did a few days ago, just with more missiles.  And, just to make this look all very “democratic” they might ask the French, Brits or Israeli Jews to participate in that attack.
2) It is too late, militarily speaking, to try to reverse the situation on the ground, but hitting more Syrian Air Force bases, communication nodes, air defenses, etc. is definitely an option.  Following such an attack, the US allies on the ground (the “good” and the “bad” terrorists) would go on the offensive and the Syrians and their allies would struggle to “plug the wholes” thus created.  That would not fundamentally change the outcome, but would prolong the chaos and associated bloodbath.

Read more »
Posted by Angelo Agathangelou at 7:33 pm No comments:

The True Origins Of The US-Chinese Trade War

'The naïve liberal-globalists of the Clinton era thought that
they could bribe China to remain “loyal” to the US-led global world order that emerged after the Cold War by relying on
“win-win” investments that would enrich the American elite
while helping China rapidly modernize.
Suffice to say, this presumption proved to be totally false.'

Written by Andrew KORYBKO: China responded to Trump’s tariffs with economic restrictions of its own, though its market has always been notoriously difficult to enter due to Beijing’s own ironically “protectionist” policies designed to safeguard its domestic producers, but the government has been easing its prior regulations in recent years in order to facilitate the country’s One Belt One Road (OBOR) global vision of New Silk Road connectivity. The developing trade war between the US and China threatens to formalize the long-running economic competition between these two Great Powers as they vie with one another over control of the world order, with Washington wanting to retain its erstwhile but fading unipolar dominance while Beijing wants to pioneer the emergence of a multipolar system marked by a diversity of theoretically equal stakeholders.
The friction between these contradictory forces is the basis of the ongoing New Cold War, though there’s a bit more of a backstory to this global struggle than just that.

Read more »
Posted by Angelo Agathangelou at 4:06 pm No comments:

Grandfather Doesn't Get It

Gary Orsum:
A home invasion that didn't go as planned.
Posted by Angelo Agathangelou at 1:18 pm No comments:

Corbett: No sooner has the idea of a US withdrawal from Syria been floated than Assad launched a chemical weapons attack on the suburbs of Damascus...or so we are being asked to believe. But this is not the first time we have been lied to about chemical weapons claims. What is the evidence about this situation, and what are the latest developments with regard to the international response?
Posted by Angelo Agathangelou at 10:56 am No comments: 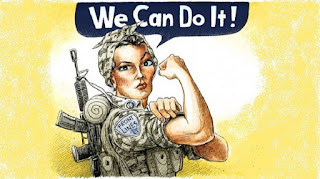 By Cameron Langford: The National Coalition for Men can proceed with its class action lawsuit challenging the government’s men-only mandate for registering for the military draft, a federal judge ruled on Friday.
Although the U.S. military is now an all-volunteer force, to stay prepared for a major war the Military Select Service Act requires men age 18 to 25 to register with the Select Service System.
The government held its last draft, for the Vietnam War, in 1973.
All men, including undocumented immigrants, who do not register and keep their contact information current can be sentenced to five years in prison, fined up to $250,000 and be disqualified from federal financial aid and citizenship, though no man has been prosecuted for failing to register since the 1980s.
The National Coalition for Men, represented by Marc Angelucci in Los Angeles, sued the Select Service System in April 2013, claiming the male-only draft registration rule is unconstitutional gender discrimination. The Pentagon in January 2013 lifted a ban on women serving in front-line combat positions.
The coalition seeks an injunction ordering the government to make both men and women register for the draft.
As of February there were 213,851 women in the military, about 16 percent of the 1.3 million total members, according to the Department of Defense.

Read more »
Posted by Angelo Agathangelou at 8:54 am No comments:

Larken Rose: Random musings about a chance encounter I recently had with a Palestinian anarchist.

Posted by Angelo Agathangelou at 6:00 am No comments:

On The Threshold Of War + Crazy Nikki Speaks

By Dr. Paul Craig Roberts: “The Russian view is simple: the West is ruled by a gang of thugs supported by an infinitely lying and hypocritical media while the general public in the West has been hopelessly zombified.” - The Saker
“The US generals, unlike the US politicians and media and US administration, are risk-averse if the outcome may be catastrophic.” — Gilbert Doctorow
Above are two of the three most intelligent and reliable Russian experts. The third is Professor Stephen Cohen, who worries, as I do, that an arrogant Washington drowning in hubris is provoking Russia to war.
The Saker has concluded that the Russians have concluded that it has been a mistake to put up with Washington’s lies, insults, and orchestrated events and have decided that if the dumbshit Americans attack Syria, Russia is going to take out the US forces involved.
Doctorow has concluded that as dumbshit as Washington is, the US Joint Chiefs of Staff have more sense and will not go along with an attack on a Russian ally. 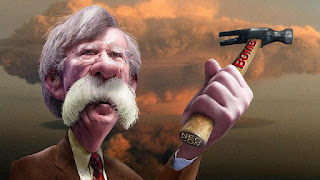 I hope that Doctorow is correct. However, with that crazed demented warmonger John Bolton sitting in the White House next to Trump, who enjoys the role of tough guy, I am more scared by The Saker’s reading than I am reasured by Doctorow’s.
There are reports, the validity of which I cannot confirm at this time, that the entirety of the Russian military has been put on high alert, not merely the Russian forces in Syria.

Cassie Jaye: The Red Pill: Raw Files consists of never-before-seen footage from the making of The Red Pill documentary. This footage is being released for educational purposes, to inspire discussion and debate on gender issues.
Posted by Angelo Agathangelou at 12:44 am No comments: