“But you say you desire to hear more: with what desire you would burn if you knew where I will lead you!”
“Where?” I asked.
“To true happiness,” she said, “of which your spirit dreams, but you cannot actually see because your sight is too occupied with images.”
{ Sed quod tu te audiendi cupidum dicis, quanto ardore flagrares, si quonam te ducere aggrediamur agnosceres!”
“Quonam?” inquam.
“Ad veram,” inquit, “felicitatem, quam tuus quoque somniat animus, sed occupato ad imagines visu ipsam illam non potest intueri.” } [1] 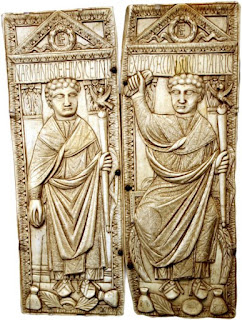 By Author Douglas Galbi: The great sixth-century scholar, statesman, and theologian Boethius and his eminent wife Rusticiana had marital difficulties. They married when Boethius was young. Sometime before his late forties, Boethius had become known as a philanderer — the sort of husband who would have in his bedroom whorish actresses. Rusticiana came from a wealthy, powerful Roman Christian family. She surely wasn’t constrained to endure an unfaithful husband. But she was strong and highly intelligent, and she truly loved Boethius. When Boethius was imprisoned and facing a death sentence, Rusticiana presented to him the false consolation of philosophy and recalled him to the eternal present of their love.

Once Upon A Time Long Ago Truth Was Important

'When a bombing of Gaza is announced, God’s Chosen People take their lawn chairs and picnics up on a hill overlooking Gaza and applaud as the Israeli military murders men, women and children.'

By Dr. Paul Craig Roberts: I wonder how many people, not just Americans but those in other countries, have come to the conclusion that the United States today is a less free and less aware society than the societies in the dystopian novels of the 20th century or in movies such as The Matrix and V for Vendetta. Just as people in the dystopian novels had no idea of their real situation, few Americans do either.
What are we to make of the extraordinary war crimes committed by the United States in the 21st century that have destroyed in whole or part seven countries, resulting in millions of dead, maimed, orphaned, and displaced peoples? Consider, for example, the latest Washington war crime, the illegal attack on Syria. Instead of protesting this illegality, the American media egged it on, cheering impending death and destruction.
During the entirety of the 21st century, Israel, Washington’s only ally—as contrasted with the European, Canadian, Australian, and Japanese vassal states of Washington’s empire—has continued with Washington’s support, protection, and encouragement the genocide of the Palestinian people. Essentially, all that is left of Palestine is a getto concentration camp known as Gaza which is routinely bombed by Israel using weapons and money supplied by Washington. When a bombing of Gaza is announced, God’s Chosen People take their lawn chairs and picnics up on a hill overlooking Gaza and applaud as the Israeli military murders women and children. This is America’s only ally.

By Tyler Durden: "You take the red pill... and I show you how deep the rabbit hole goes."

The infamous line from the movie 'The Matrix'  - where Morpheus offers Neo a glimpse of the 'real' reality that is occurring, not the 'manufactured' reality that those whose rule want him to see - could not be a better analogy for what one brave (and clearly a treasonous Russian troll who should be banned from any and all social media forever) Twitter user exposes below.
"Jad" - @Jadinho123 - shows how the world has been lied to many times to create the current Syrian theater of war...
Remember this photo of a kid laying next to her ‘dead’ parents who were ‘killed’ by Assad and this photo went viral and got thousands of retweets and had people crying all over Twitter?

Diana Davison: Men are the guinea pigs for a new form of “equality” that has nothing to do with justice or the rule of law.

Why Theresa May Must Be Impeached

'If you live in Britain, France or America, you now know just how cheaply the leaders of your country hold your life, and the lives of your fellow countrymen.' 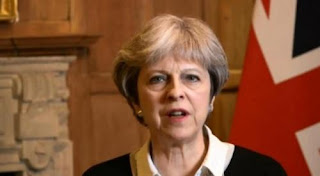 By Rob Slane: So the moment we’ve been holding our breaths for a week finally came. In the end, I am mighty glad that this particular strike seems more like the impotent thrashing of the neocon snake that didn’t dare to attack places where Russian servicemen were likely to be killed, than it does the start of World War III. For the moment, at least, thank God.
But the fact that it was a fairly limited strike — compared to what it might have been — in which the majority of missiles failed to hit their targets, having been eliminated by Soviet-era air defenses, does not in anyway absolve those who ordered the strike from the grave and reckless action they have taken and for which they are responsible. Not only did they authorise this action before an investigation had been carried out in Douma, and in fact hours before the OPCW inspectors were due there, they did so without consulting their respective legislative bodies, without knowing how many of their missiles would or would not hit their targets, or — and this is crucial — knowing for sure whether their actions would elicit a response from Russia.

How On Earth Would Killing MORE People Rescue Syria?

By Peter Hitchens: Why do so many people in politics and the media want to start wars? Since I toured a sordid hospital full of wounded people in Bucharest at Christmas 1989, and even more after I saw for the first time (in Vilnius in 1991) what a human head looks like after a bullet has passed through it, I have seen it as an absolute duty to warn against armed conflict. It is a filthy thing.
No doubt there are times when we must fight. But there are plenty more when we should not. 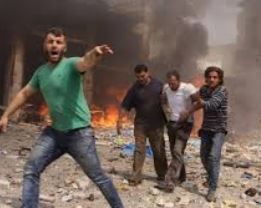 Any fool can kill a man in a second and ruin a city in a week. But it takes long years of nurture to raise a child to adulthood, and centuries to build a civilisation.
Yet I look around me and see the mouths of intelligent people opened wide, yelling for an attack on Syria, when the only certain outcome of that will be blood and screams and ruins, and the deaths of innocents in 'collateral damage'. What good will this do?
What is wrong with them? They are not cruel and stupid, yet they call for actions which are both.

Read more »
Posted by Angelo Agathangelou at 10:37 am No comments: Links to this post

Regards, Bearing.
Posted by Angelo Agathangelou at 8:10 am No comments: Links to this post

What The US Did And Did Not Achieve In Attacking Syria

'In a word, the US-FR-UK attack on Syria was
a charade, a political and not a military attack.' 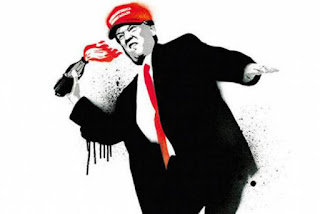 By Gilbert Doctorow: The media reaction to the US-French-British strikes on Syria early in the morning of 14 April has been quite distinct in the USA versus Europe, and then still more differentiated from the reaction of Russian media. In this brief article, I will direct attention to the general contours marking each of these three areas of reporting, and also will share some of the particularly interesting observations that were presented on Russian television, which, as is self-evident, was the most interested party in making sense of the weekend to the general public, given that Russia was the central power in play over the weekend even if the geography said “Syria.”
In its coverage of the attack, the US mainstream, for which I take The New York Times and The Washington Post as markers, has been an uncritical platform for the Pentagon view of what it achieved. Secondly, they have been a platform for the usual critics of Donald Trump who have praised the attack in principal but asked where is the long term strategy (none by general consensus)  while linking the timing to the President’s political travails following the FBI raid on his personal lawyer’s offices during the days preceding the attack.

Read more »
Posted by Angelo Agathangelou at 5:28 am No comments: Links to this post

Lowkey
Posted by Angelo Agathangelou at 2:45 am No comments: Links to this post 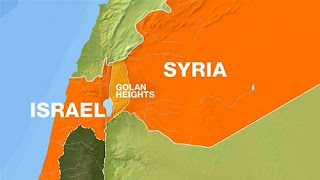 By Eve Mykytyn: The US led bombing raid on Syria on April 13th came at an odd time. The civil war in Syria has basically been won by Assad, and in response to the calming of tensions, President Trump said on April 4 that he intended to withdraw US troops from Syria.  Three days later, Assad allegedly used chemical weapons on Syrian civilians and from there talk of war began to be openly encouraged by Israeli Prime Minister Netanyahu. Almost immediately, some skepticism arose as to why Assad would use chemical weapons after the war was essentially won. US Secretary of Defense General Mattis was reduced to saying he ‘believed’ there had been a  chemical attack. In any case the rationale for bombing Syria on April 13 was weakened by the fact that the Organization for the Prohibition of Chemical Weapons was due to arrive in Syria to examine the claim of chemical weapons use on April 14, the day after the US led bombing. Bombing in advance of the arrival of inspectors seems a bit like an attempt to cut off verification.

Read more »
Posted by Angelo Agathangelou at 12:29 am No comments: Links to this post