A Conversation On Race

By Dr. Paul Craig Roberts: We often hear that we need a conversation on race. Considering that Americans are a brainwashed people living in a false history, such a conversation would resemble the one the Russians were expected to have with the British in regard to the Skripal poisoning: “Yes, we are guilty. We will pay reparations. Where would you like us to send Putin for trial?” In other words, the only acceptable race conversation in the US is one in which white people accept the accusation that they are racist and offer to make amends.
Considering that the only slavery experienced by any living black or white person is income tax slavery, race is an issue only because it has been orchestrated as an issue along with gender and sexual preference. These divisive issues are the products of Identity Politics spawned by cultural Marxism.
In real Marxism, conflict is class conflict. Workers and capitalists have different interests, and history is a struggle between material interests. The capitalist is the villain and the workers are the victims.
In the pseudo Marxism of Identity Politics, the white race is the villain, especially the white heterosexual male, and racial minorities, women, and homosexuals are the victims.
There is, of course, no such thing as a white or black race. There are many different nationalities of whites, and they have done a good job throughout history of killing each other.

Read more »
Posted by Angelo Agathangelou at 10:44 pm No comments: 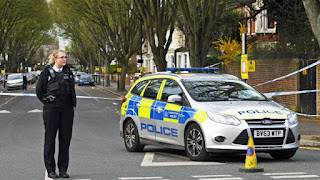 A major inquiry should be held, but won’t be. Such an inquiry might reveal that the the key driver of the phenomenon is fatherlessness, and the state is largely responsible for that, by incentivising women to remove men from their children’s lives, and incentivising them to become pregnant with no intention of having a relationship with the men who have made them pregnant. State support for single mothers comes mainly from men, who pay almost 75% of income tax in the UK.

Read more »
Posted by Angelo Agathangelou at 6:46 pm No comments:

This discussion was prompted by the case of a 22-year-old British woman jailed for seven years for her abuse of her partner, who suffers from hydrocephalus, fluid on the brain, a potentially fatal condition.

Read more »
Posted by Angelo Agathangelou at 4:16 pm No comments: 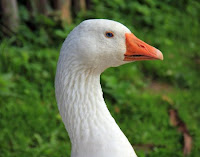 By Author Douglas Galbi: In early fifteenth-century Italy, a young peasant man was walking to Florence to sell a goose. The goose had a long, thick neck. A woman noticed him:
Considering herself to be witty, she for the sake of laughing asked the man how much he would make for the goose. He said to her, “What you would very easily yield.” “What’s that?” she asked.
{ quae sibi faceta videbatur, ridendi hominis gratia rogavit, quanti anserem faceret. At ille: “Quod facillime,” inquit, “persolvas.” “Quid est?” inquit mulier. }
Women generally are more socially sophisticated than men. With words or even just looks, women rule over men. But this peasant youth was destined to be different.
This peasant youth responded with the roguish manliness that actually makes men more attractive to women. He spoke only a few blunt words:
“One-time sex,” he said.
{ “Unico,” ait ille, “coitu.” }
The woman became intrigued and excited. With many words she denied her interest and advanced their affair with a show of reluctance:
“You are joking,” replied the wife.

Read more »
Posted by Angelo Agathangelou at 1:58 pm No comments: 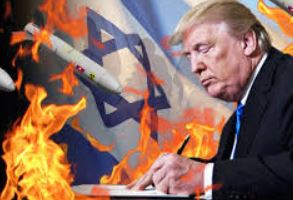 By Philip Giraldi: In March 2003, Pat Buchanan wrote a groundbreaking article entitled “Whose War?” in opposition to the Bush Administration fueled growing hysteria over Saddam Hussein’s alleged weapons of mass destruction which was producing demands for an armed intervention to disarm him. Buchanan rightly identified a number of prominent Jewish officials and journalists closely tied to the Israel Lobby as the principal driving force behind the rush to go to war.

Read more »
Posted by Angelo Agathangelou at 11:35 am No comments:

Woman Gets 7 1/2 Years For Domestic Violence

6oodfella:
Make sure you're sitting down before you watch this.
Read more »
Posted by Angelo Agathangelou at 7:37 am No comments:

Max and Stacy discuss trading chlorinated chicken for Brexit as ‘global Britain’ takes on ‘free trade’ with the USA. They also discuss the ‘welcome boost’ to a local community in Australia that an oil spill would represent. In the second half, Max continues his interview with Craig Hemke of TFMetalsReport.com about JP Morgan’s massive silver horde. They also look at markets and forecast where those may be heading.
Posted by Angelo Agathangelou at 5:34 am No comments:

By Mark Boden: This happened hours ago. Wolf Blitzer can't believe his ears ...  he does his best to argue the other side, saying well, France and UK joined the bombing, so it must true, ... you aren't suggesting everyone was wrong or something? - are you suggesting the president had bad intelligence? - but Paul isn't buying.
This is great TV:


"I still look at the attack and say, you know, either Assad must be the dumbest dictator on the planet — or maybe he didn’t do it.  I have yet to see evidence that he did do it,"

Read more »
Posted by Angelo Agathangelou at 2:30 am No comments:

The Crisis Is Only In Its Beginning Stages

'The US government, in which Nikki Haley is Trump’s choice
to be America’s spokesperson to the world,
in which the crazed neo-con-artist war monger John Bolton
is a principal influence over US military and foreign policy,
and in which the President himself is under threat of indictment for wanting to normalize relations with Russia'

By Dr. Paul Craig Roberts: Many, including Russia’s President Putin, have asked why the US launched an illegal attack on Syria prior to the chemical weapons inspectors examining the site of the alleged chemical attack.
This popular question completely misses the point. The US attack on Syria is a clear and indisputable war crime against a sovereign country regardless of whether Syria used a chemical weapon in driving the Washington supported terrorists from Douma. No one acted to stop Washington’s war crime. Some of Washington’s vassals, such as Germany and Italy, refused to participate in Washington’s war crime, but no one attempted to block it. The impotent UN Security Council, to which Russia is wasting its time appealing, the EU, NATO, Russia and China themselves did nothing to stop Washington’s Nazi era war crime.
Russia said that if Washington’s attack harmed its citizens, there would be military consequences, but Russia did not protect its ally Syria from the attack.
Perhaps it doesn’t matter as Washington’s attack was carefully conducted so as to have no effect except to serve as a face-saver for Trump. Apparently no one was killed and no damage was done to anything real except to a facility in which anti-venom for snake bites was being produced.