Gilad Atzmon: Had a great time talking with Sarah Chaplin on  Monday (16th April 2018). We covered a lot of topics such as  ID politics, Tyranny of Correctness, the New Left dystopia, Israel, the Lobby, the Attack on Syria, the court case against me and more.
Sarah Chaplin: My guest on Monday is simultaneously one of the greatest living saxophonists and one of the most controversial and vocal figures involved in debates about anti-semitism and Zionism in the world today: Gilad Atzmon.

After The Zionist Shill F.U.K.U.S. Aggression: Syria Will Win 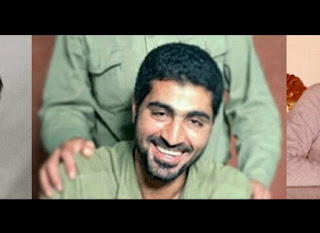 By Aram Mirzaei: One week after the latest US aggression against Syria, the Syrian Army and its allies have spared no efforts in continuing their raging fight against terrorism. Douma was liberated last week, right after Washington and its vassals bombed Syria to “save lives”, and on Tuesday reports emerged that jihadist militants of the besieged city of Al-Dumayr, further east of Damascus, have agreed to evacuate to northern Syria. With this last pocket cleared, all of the Rif Dimashq (Damascus Governorate) will be cleared of terrorists.
Meanwhile jihadists in the Rastan pocket further north have reportedly called for the Russian center for Reconciliation to start negotiations for an evacuation as well. The pockets are falling one by one in Syria, these are areas that were previously considered untouchable but are now falling within days of fighting. I previously mentioned that Washington and its allies’ resolve in Syria had been shattered, this is how it’s manifested.
What Washington is currently doing on the ground in Syria is a mystery since their attempts to partition the country will be met with full force from the Resistance Front (Syria-Iran-Russia-Hezbollah) and even their own Turkish NATO allies who will never allow the formation of a YPG-led Kurdistan south of their borders.

Read more »
Posted by Angelo Agathangelou at 7:56 pm Links to this post

There are still plenty of noble warriors out there who won't sell their souls for thirty pieces of silver. For what does it profit a man to gain the whole world, but lose his soul?

By Max Blumenthal: During a Barcelona concert on April 13, Roger Waters denounced the Syrian White Helmets as “a fake organization that exists only to create propaganda for jihadists and terrorists.” Warning that the groups’ unverified claims about chemical weapons attacks across insurgent-held territory were aimed at triggering Western military intervention, Waters cautioned his audience, “If we were to listen to the propaganda of the White Helmets and others, we would encourage our governments to start dropping bombs on people in Syria. This would be a mistake of monumental proportions for us as human beings.”

Read more »
Posted by Angelo Agathangelou at 5:33 pm No comments: Links to this post

Healthcare As The New Oil

Max and Stacy discuss the profits of war and ask why defense contractors’ shares have turned decidedly more Dotcom like since 2011. They also look at ‘healthcare as the new oil’ and Obamacare as the F-35 cost-plus program where the profits are limitless. The two note the enormous government budgets devoted to defense and health care programs follow on calls for humanitarian intervention - whether in Benghazi or Medicaid.
Posted by Angelo Agathangelou at 3:01 pm No comments: Links to this post

Gary Orsum: Another woman who thinks a man should pay her way.
Posted by Angelo Agathangelou at 10:20 am No comments: Links to this post

Digital Manspreading? Are We At Peak #firstworldproblems Yet?

Raging Golden Eagle: If you thought the concept of "manspreading" was hilariously stupid, just wait until you learn of DIGITAL manspreading! Yeah.... This isn't an example of Poe's law. I can understand why you would think so though, I did too...

How US Has Virtually Destroyed UN

By Eric Zuesse: Under President Donald Trump, the US has basically eliminated the only real international authority the UN used to have.
Here is how this was done: 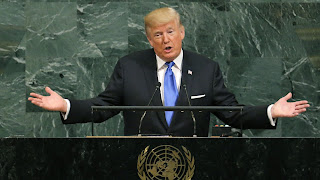 The equivalent, in international law, to a domestic-law crime involving murder, rape, and theft, is an international invasion that’s purely for aggressive purposes and not at all authentically a defensive act against an authentic foreign threat that was coming from the invaded foreign country. Consequently, for the US Government now to have removed the UN from any authority over international invasions, is, in domestic-law equivalency, like removing a national government from authority regarding murders, rapes, and thefts, which occur inside that nation. Such a ‘government’ is no government at all. But, tragically, this is what has happened; and, so, we are now careening into World War III, in this international “Wild West” world, which we live in (and may soon die in, as things thus head into WW III).
The US Government no longer even nominally cares whether or not the UN authorizes its invasions; but, as recently as 2003, it used to, even if only nominally, care. The US has thus effectively discarded the UN altogether, whenever violating the UN is the only way to impose its will against a given target-country.

Read more »
Posted by Angelo Agathangelou at 5:29 am No comments: Links to this post 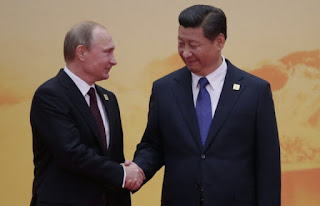 By Michael Krieger: Part 1 of this series focused on how the U.S. empire no longer provides any real benefit to the average American citizen. Rather, the spoils of overseas wars, the domestic surveillance state and an overall corrupt economy are being systematically funneled to a smaller and smaller group of generally unsavory characters. The public’s starting to recognize this reality, which is why we saw major populist movements emerge on both the traditional right and left of the political spectrum in 2016.
As millions of Americans emerge from their long slumber, much of the world’s been aware of this reality for a long time. They don’t see the U.S. as a magnanimous humanitarian empire, that’s a fairytale more suited for children’s books and the mass media. In fact, it seems clear that the billions of humans who live in various sovereign nations around the world would certainly prefer to be in control of their own destinies as opposed to mere vassal states of the U.S., they simply haven’t possessed the military or economic power to stand up and chart their own course. But things are changing.

Read more »
Posted by Angelo Agathangelou at 3:46 am No comments: Links to this post

Windrush Generation And The Zionification Of The British Sphere

By Gilad Atzmon: It shouldn’t take us by surprise when a country that drops bombs on Syria on behalf of Israel engages in Israeli style racist anti immigration anti black policies. 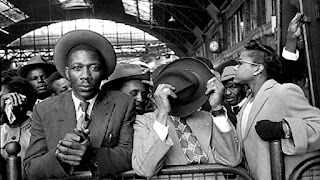 A lot has been written about the deep cultural and spiritual bonds between Britain and Zionism. Some have cited the roots of English Christian Zionism. Others point to the Balfour Declaration and its historical background. In 1956 Britain and France joined forces with Israel in an attempt to seize the Suez Canal. By the early 2000s it was hard to determine where Israel ended and Britain began. Occasionally it seemed the BBC had been reduced to an Israeli propaganda unit. The once respected British newspaper morphed into a Guardian of Judea. Murdoch's Sky News didn’t leave much room for speculation either. Last week Sky News crudely cut off Jonathan Shaw, the former commander of the British Armed Forces, the second that Shaw went ‘off script’ and suggested that the Syrian regime might not have been behind the Douma 'gas attack.' The next day we learned that the British government had again engaged in a  Zion-led immoral interventionist assault on an Arab country based on what seems to be just another false WMD claim.
Not much is left of the British media’s heritage of freedom, tolerance and impartiality.