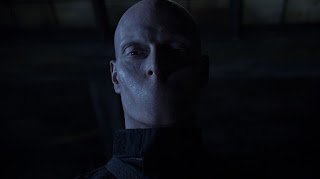 By Eva Barb: Post-structuralism is an interesting theory to consider as the academic field of men’s studies slowly emerges into coherence because it is the very theory that has provided premises for feminism to unravel into second and third waves. Only now—after feminism, queer theory, and trans studies—is men and masculinity studies (barely) a feasible academic discipline. Perhaps this progression of gender discourses says enough about the social erasure of the disenfranchisement of men in contemporary society. After all, can we really be so vain as to think that men are banal creatures unworthy of discourse?

Oil For The Jewish State: The Truth About The Iraq War

"The oil agenda I discovered and experienced was to supply Iraq oil to Israel.” The players were the neo-con-artists in the Bush Administration… Paul Wolfowitz, Douglas Feith, Lewis Libby, Marc Zell, and others 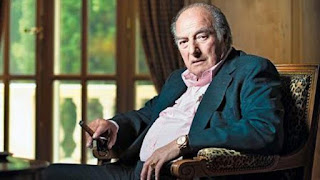 Left: Oil mogul Marc Rich, pardoned by Bill Clinton, was part of a pro-Israel network that worked to get Iraq’s oil to Israel.
By Gary Vogler: April 24 marks the 15th anniversary of my initial entry into Baghdad as the senior oil advisor to retired Lieutenant General Jay Garner, our US government civilian leader in Iraq. It was the beginning of my six plus years in Iraq working on the oil sector and denying the allegation that the Iraq war had an oil agenda. I can no longer refute such an allegation.
Was there an oil agenda for the Iraq war? If you had asked me that question four years ago, I would have said no, absolutely not. And, I said no on national television in 2014.
Ambassador L. Paul (Jerry) Bremer and I went on the Rachel Maddow Show to refute Maddow’s position that the Iraq war was largely about oil. Specifically, I said that I had not witnessed any serious oil agenda during my time at the Pentagon and in Iraq. I cannot honestly say that today. So what has changed my mind?
Read more »
Posted by Angelo Agathangelou at 9:36 pm No comments: Links to this post

Via Elizabeth Hobson, J4MB: The start of the piece:


He [right] says he was joking when he asked to be let off an elevator at the ladies’ lingerie department. A female scholar who was attending the same annual meeting of the International Studies Association was not amused, and neither was the association when she complained.
Now his refusal to formally apologize has touched off the latest skirmish in the #MeToo battles rocking academe. At issue is whether a comment made in jest rises to the level of a punishable offense, and what happens when a complaint some deem as trivial results in a vicious online backlash against the offended party.

The good (American) professor’s Wiki page is here, the pompous mirthless passive-aggressive “professor” of women’s and gender studies page is here.
I’m about to email Professor Lebow to show our support for him (richard.lebow@kcl.ac.uk). I urge you to do likewise, if you can spare a minute or two. Thanks.

By Gilad Atzmon: If political terror is defined as the use of fear to achieve political aims then the activities of the self-elected British Jewish Zionist pressure groups seem to fit that definition. Some of these groups have openly tried to coerce political parties by threatening them, setting ‘ultimatums’ and harassing individuals. Political activists have lost their jobs and been ejected from their political institutions merely for criticising Israel or for citing historical facts deemed by some to be anti semitic.
Yet, the recent Local elections in Britain proves that the Brits are strong people, not easily deterred by political terrorism.  Despite the relentless campaign against the Labour Party and the vicious slander of Corbyn and his supporters, the Party didn’t lose power. In fact, Labour saw its best London results since 1971. A BBC statistical exercise that applied the local election results to a possible parliamentary election predicted that the Conservatives would  lose 38 seats while Labour would gain 21!
The message to the Israeli Lobby is clear. Your game appears to be counter effective.

Read more »
Posted by Angelo Agathangelou at 4:03 pm No comments: Links to this post

The Fireworks + Step Ya Game Up

By Tyler Durden: Less than a week after the Greek government sent additional police forces to reinforce its land border with Turkey as fears mount over a sharp rise in the number of refugees and migrants crossing the frontier, The Guardian reports that  Greek Prime Minister Alexis Tsipras faced down protests from citizens Thursday upset over how he’s handled April’s 17% increase in the influx of migrants.
The Daily Caller's Audrey Conklin reports that the protests in Lesbos, Greece, represent a stark shift in attitude among a people once significantly more welcoming to migrants fleeing as part of a years-long refugee crisis.

Locals argue with riot police during a protest against the visit of Greek Prime Minister Alexis Tsipras in Mytilene, on the Greek island of Lesbos.
Huge numbers of people seeking asylum are flooding into the country by bus and boat every week, and while an agreement between the EU and Turkey signed in 2016 states that illegal refugees are supposed to be sent to Turkey after crossing European borders, Greek camps are overcrowding and in bad shape.

Read more »
Posted by Angelo Agathangelou at 9:29 am No comments: Links to this post

The Millennial Song - "Fall In Line"

Chris Ray Gun: Before any nonsense gets started, I am a millennial myself. This is less about the group and more about the mindset. I know many hard working millennials who aren't like the people I'm taking on in this song.
Posted by Angelo Agathangelou at 7:43 am No comments: Links to this post

When Attacked, You Need To Be Willing To Fight Back

Raging Golden Eagle: I'm honestly getting sick of all these cucks saying what basically amounts to "if you get attacked and fight back, you are just as bad as them!"
Posted by Angelo Agathangelou at 5:28 am No comments: Links to this post

Read more »
Posted by Angelo Agathangelou at 2:34 am No comments: Links to this post

A media with the extremely concentrated ownership
we see in the UK can never be free.
By Craig Murray: As I write, with over 75% of all yesterday’s English local election results in, Labour has a net gain of 55 councillors compared to the high water mark of the 2014 result in these wards, while the Tories have a net gain of one seat against a 2014 result which was regarded at the time as disastrous for them, and led the Daily Telegraph to editoralise “David Cameron Must Now Assuage the Voters’ Rage”. 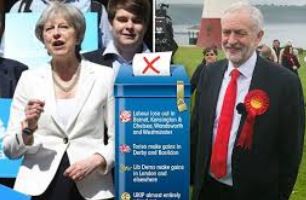 Yet both the BBC and Sky News, have all night and this morning, treated these results, in which the Labour Party has increased by 3% an already record number of councillors in this election cycle, as a disaster. What is more, they have used that false analysis to plug again and again the “anti-Semitism in the Labour Party” witch-hunt. It was of course the continuous exacerbation of this mostly false accusation by Blairite MP’s which – deliberately on their part – stopped the Labour Party doing still better. The Blairites are all over the airwaves plugging this meme again today.
Read more »
Posted by Angelo Agathangelou at 12:01 am No comments: Links to this post