Why My Son (Or Daughter) Will Never Be A Boy Scout 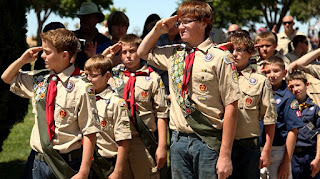 By John Bird: My friends and I were boy scouts. We’d meet at a bank in Rio Vista, Texas, hoist our packs onto our backs, and hike five miles to camp.
We were teenagers, ranging from 12 to 18, and a rowdy bunch. We tackled each other. We fought. We dipped snuff. We peed in the woods. We played shirts and skins football. And we learned a lot from our all-male leaders. Most of all, we benefitted from our time together, us boys and men.
Even in the 80’s, boys spent most of the time around women. Some of my friend’s parents were divorced, and they lived with their mothers. The luckier ones (myself included) lived with both parents, but still spent more time with our moms.  Moms took us to school, picked us up from school, and were with us while our dads worked evenings. We spent our weekdays at schools led by women, in an environment that wasn’t natural for boys (sitting still, staying quiet, singing songs, coloring in the lines), where the girls excelled, and we got punished. In the evenings, we came home and watched sitcoms and commercials that showed dad as a dope (Al Bundy, Homer Simpson) and mom as the hero. The less fortunate of us also had to spend part of our weekends in female led Sunday school classes, singing feminine songs and receiving more reinforcement to the idea that something was inherently bad about being a boy.

‘It Is An Impossible Burden On Anybody’
Victor Nealon, 54. 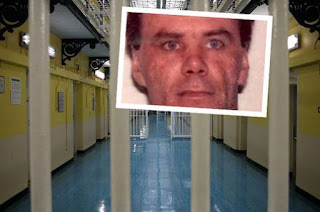 Via Sean, J4MB: A particularly shocking case of its type. The start of the piece:
An Irish man who spent 17 years in prison before his rape conviction was overturned is now seeking compensation in the UK Supreme Court.
Victor Nealon, 54, who is originally from Dublin, was found guilty of attempted rape and was given a life sentence after his trial at Hereford Crown Court.
He served 17 years in jail – 10 more than the seven-year minimum term – after he persisted in asserting he was innocent. [J4MB emphasis]
He suffered a defeat at the High Court and then lost his case in the Court of Appeal.
Now, former postman Mr Nealon is appealing the decision in the Supreme Court in London.
Read more »
Posted by Angelo Agathangelou at 7:02 pm No comments: Links to this post 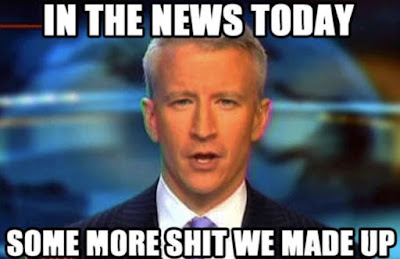 Read more »
Posted by Angelo Agathangelou at 2:48 pm No comments: Links to this post 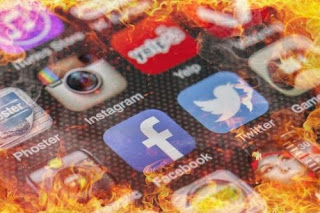 By Daisy Luther: You may not be on social media yourself, but chances are your friends and family are. Some of us are on there for work purposes and some so we can keep in touch with loved ones who live far away. There are valid reasons we have accounts on Facebook, Twitter, and Instagram. But things are getting ugly out there in Internetland and it begs the question of whether social media is destroying humanity.
And even worse, is social media destroying humanity on purpose, because it was engineered to do so?
You’d have to live under a rock big enough to block all internet communications to not have heard about the privacy scandals that have plagued Facebook recently. From Cambridge Analytica mining user’s data to Facebook’s massive profits from your data, it’s been all over the news. Zuckerberg even had to testify to Congress about it for 10 hours recently, in the end apologizing for his part in the scandal.

But your lack of privacy may be just a drop in the bucket.
A while back, Facebook admitted that they were performing psychological experiments on users by adjusting their news feeds to see if they could alter the moods of users. They have a long and disturbing history of experimenting on users.
Read more »
Posted by Angelo Agathangelou at 11:04 am No comments: Links to this post

'If these attacks continue, there will be a counterpunch: fully justified, determined and powerful.'
By Andre Vltchek: On April 9, 2018 at least 14 people were killed during the murderous strike by the Israeli air force on the Syrian T-4 airfield at Homs. 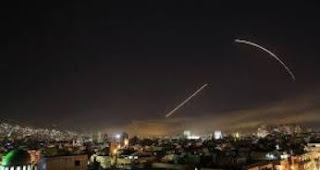 Israeli F-15 fighter jets flew over Lebanese airspace, as they have done on many previous occasions, in total disregard of international law.
Both Israel and Lebanon are still technically at war, and the latest action could easily be considered as yet another shameless provocation.
Apparently, whatever terror Western allies like Saudi Arabia and Israel decide to spread throughout the region, their actions will always go unpunished.
To add insult to injury, instead of condemning Israel, the Western mass media outlets began their predictable and embarrassing servile howling against the government in Damascus, some ‘correspondents’ even calling President al-Assad an “animal” (The Sun, 9th April, 2018).

"Health care being a right, we [USA] are the only
developed country where that isn't the case." Lee.
Posted by Angelo Agathangelou at 6:31 am No comments: Links to this post

Sometimes in bed, she recalls, he would be “shaking me and grabbing my face” while demanding that she repeat such things as “I’m a little whore.” She says that he also told her, “If you ever left me, I’d kill you.”
The New Yorker 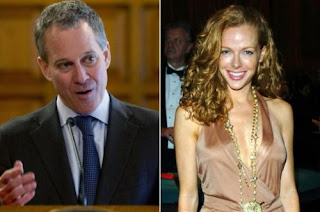 By Tyler Durden: New York's Democratic Attorney General, Eric Schneiderman has been a prominent voice in the #MeToo movement - suing Harvey Weinstein in the wake of his sexual misconduct scandal and advocating for women's rights. Now, Schneiderman himself stands accused by four women of choking, hitting, and threatening them during brutal, alcohol-fueled sexual assaults.
Revealing the accusations are the New Yorker's Jane Mayer and Ronan Farrow - the latter of whom broke bombshell allegations last October by thirteen women involved in the Harvey Weinstein scandal.
Two of Schneiderman's accusers did not reveal their identities, while the other two, Michelle Manning Barish and Tanya Selvaratnam, have come forward in full. All four accuse the New York Attorney General of heinous and abusive sexual assaults - along with threats, mental abuse, and stealing prescription medication.

Read more »
Posted by Angelo Agathangelou at 3:56 am No comments: Links to this post

vanessa beeley: One of many, many interviews with civilians from #EasternGhouta including medical staff and doctors at Medical Point in #Douma. All told me #WhiteHelmets were embedded with all terrorist groups and operated in partnership with them, did not help civilians, worked only for the armed terrorist fighters. How many more voices must be raised in accusation against this UK/U.S intelligence construct that has caused so much suffering for the Syrian people?