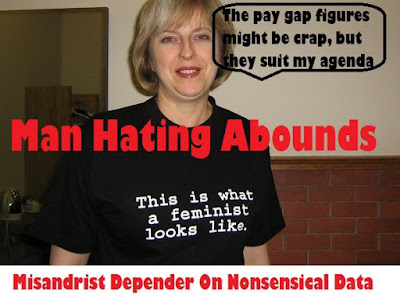 Celebrating The Great March Of Return

Video by Ruwaida Amer and Sanad Ltefa: Not far from the protests on the Gaza boundary, families have been gathering every Friday since 30 March to participate in activities for the Great March of Return.
“People come here from all over Gaza,” said Majed Qadih, one of the attendees.
Brought together by the collective demand to end the siege and return to their homeland, Palestinians celebrate their heritage with traditional food, song and dance.
“Me and my children and my children’s children. We come here and we explain everything to them,” said Abedrabbo Abu Daqqa. “We tell them this is our land right before our eyes.”
Posted by Angelo Agathangelou at 8:09 pm No comments: Links to this post

IAK: In this interview by MSNBC, Gary Vogler discusses when he first heard of a theoretical pipeline stretching from Iraq to Israel. Was the Iraq war really about oil? As a senior oil advisor for the Office for Reconstruction and Humanitarian Assistance (ORHA) and briefly as minister of oil, Gary Vogler thought he knew. But while doing research for a book about his experience in Iraq, Vogler discovered that what he knew was not the whole story—or even the true story. The Iraq war did have an oil agenda underlying it, one that Vogler had previously denied: "The oil agenda I discovered and experienced was to supply Iraq oil to Israel." Pro-Israel neocons were involved.

By Tyler Durden: In what is now being described as the "most direct confrontation between Israel and Iran in decades," Israel exchanged fire with Syrian and Iranian forces during a late-night showdown that ended early Thursday morning. 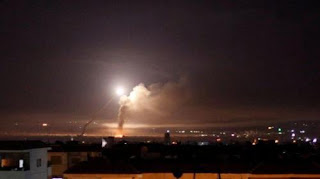 The exchange came days after Israel called up reserve troops to the Golan Heights, the disputed border region.
It also followed by less than two days President Trump's decision to pull the US out of the Iran deal. Trump said Tuesday that the US would swiftly reimpose economic sanctions on Iran that had been lifted following the 2015 agreement.
According to Syrian media, some 28 Israeli aircraft fired around 60 air-to-surface missiles at Syria during the exchange. Iranian lawmakers have denied the IDF's claims that Iranian forces in Syria provoked Israel by firing on their positions in the Golan Heights border area.
Israel also launched roughly 10 surface-to-surface missiles, which struck military targets near Damascus and in Southern Syria, according to the Russian military.

Cambridge University is considering a demand from students for it to lower the burden of proof in disciplinary cases amid claims that sexual predators are not being held to account.
More than 800 students have signed an open letter saying that the system “actively discourages” those affected from coming forward because of the high threshold. The university has previously admitted that it has a “significant problem” with sexual misconduct after almost 200 complaints. 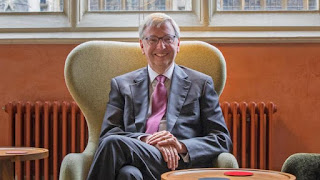 At present the university relies on the criminal standard of proof — beyond reasonable doubt — for all disciplinary cases other than ones relating to fitness to study. Those seeking change say that the civil standard of proof — based on the balance of probabilities — should be enough.
Most complaints reported by students involved misconduct by fellow students. Cambridge has put more resources into measuring the scale of the problem than most universities.

Read more »
Posted by Angelo Agathangelou at 12:39 pm No comments: Links to this post

Zionism And Africa - Jews And Blacks

'Historically the Jewish attitude towards Blacks has been nothing short of a disaster.' 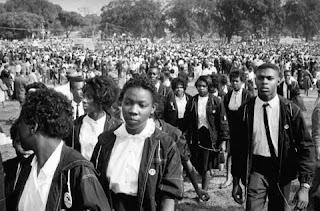 A talk by Gilad Atzmon:
The other day I learned that the British Zionist pressure group Campaign Against Antisemitsm, an organisation  that cares about bigotry against one people only,  has launched a new short course.  They teach their supporters  “how to build bridges with natural allies” so they can fight antisemitsm together.  Someone should explain to these ultra Zionist campaigners that ‘natural allies’ do not need bridges to be built. Bridges are only required when is a need to span noticeable obstacles.
CAA’s unusual interpretation of the notion of ‘bridge building’ will help us to grasp today’s topic: Zionism and Africa or more precisely Jews and Blacks.
Jews often brag about their contributions to the Civil Rights Movement. According to some Jewish historians, a large amount of the funds for the NAACP came from Jewish sources - some experts estimate as much as 80%. Dr. King himself is regarded by many Zionists as their historic ally. Jewish sources often quote this  defence of Zionism attributed to Dr. King. “When people criticize Zionists, they mean Jews. You’re talking anti-Semitism!”

Bearing
Posted by Angelo Agathangelou at 7:41 am No comments: Links to this post

By Matthew Murray: A dedicated refuge for male victims of domestic abuse is being considered by Bridgend council to help the growing number of men seeking support.

Philip (not his real name) says over a three-year period he was abused physically and emotionally by his wife.
He described how he fled his home and sought refuge after trying to take his own life.
Domestic violence charity Calan DVS said it had seen an increase in male victims using its drop-in centres.
Philip said: "I felt worthless and frightened. I was constantly accused of carrying on with women in the area. So I wouldn't want to leave the house for too long.
"If I went to the shops and I got stuck in a queue I'd be fearful because if I took too long, I'd be accused of all sorts of things by her. I was just constantly on edge. It was a living nightmare."
He described the situation getting worse after he was involved in an accident at work which left him struggling to walk for months.

Read more »
Posted by Angelo Agathangelou at 3:15 am No comments: Links to this post 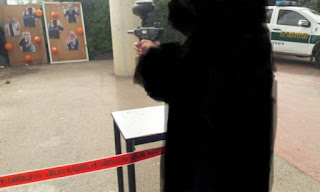 Israeli police just got caught teaching Israeli kids how to shoot Palestinians, part of a disturbing, racist trend in recent years. The Jews also barbarically genitally mutilate their male children by ripping off over 60% of the pleasure sensors from their penises as a perverted form of sexual control among many other witch doctor type practices. Jewish police and school staff claim they “noticed” they had hung up pictures of people in kuffiyehs for target practise, and removed them before any children saw them. The Israeli education minister called it a “serious mishap.” What mishap? Did they accidentally hang up pictures of Palestinians instead of their usual bullseye targets? Or was the “mishap” getting caught?
By Ali Abunimah: Israeli police planned to teach children how to shoot at Palestinians as part of a training exercise in a school.
The incident in the Menashe Regional Council, near Haifa in northern present-day Israel, was brought to light in recent days when Palestinian citizens of Israel took photos of what was happening.
Jamal Zahalka, a member of the Israeli parliament from the Joint Arab List, is demanding an investigation into the training sponsored by the Israeli police and the education ministry, which he said “prepares students psychologically to kill Arabs.”