talkRADIO: The story that was kept quiet ahead of the royal wedding on Friday was that Sergei Skripal was released from hospital.

One Year On - The Manchester Bombing Scorpion

By Nick: “Terrorism is like a scorpion; it can unexpectedly sting you at any time”. Among the Western nations to discover the bitter truth of Bashar al Assad’s 2013 warning was Britain, when a Libyan suicide bomber killed 22 people attending a pop concert in Manchester. But while the UK media covered the May 22nd first anniversary of the massacre, not a single mainstream outlet so much as hinted at the fact that the attack was intimately linked to the attempt by the Cameron regime to use Jihadi terror as a weapon of foreign policy. 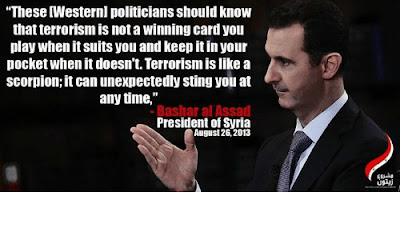 The truth emerged during the trial last December of Mohammed Abdullah, a Libyan national living in Manchester who was jailed for ten years for belonging to ISIS/Daesh.
Press coverage of the trial confirmed that Abdullah and his friends joined the terror group after fighting in Libya in 2011. But the same mainstream media carefully avoided the fact that the Manchester terror cell to which Abdullah, and his close friend Manchester bomber Salman Abedi, belonged was formed as a direct result of the British government and security services trying to use radical Muslims as weapons to achieve ‘regime change’ in Libya.

Read more »
Posted by Angelo Agathangelou at 7:34 pm No comments:

IAK: Prominent Canadian news broadcaster Wendy Mesley exposes the role of Zio-Fascist billionaire campaign donor Sheldon 'Stinker' Adelson in getting the U.S. embassy moved to Jerusalem, as well as his massive influence on Donald Trump and American politics in general. From CBC's news program "The Weekly with Wendy Mesley,"

Read more »
Posted by Angelo Agathangelou at 4:11 pm No comments:

"I do not believe there was a much public interest in the royal wedding as the lame stream media would have you believe. I think a lot of the public interest was manufactured a lot of it was staged, over hyped overblown by the lame stream media. ...Claiming to be a feminist and marrying into a family where she has to call her father in law "your royal highness.""
Posted by Angelo Agathangelou at 1:47 pm No comments:

By Tyler Durden: That is an example of the furious reaction from parents in Victoria, Australia where the local city council has announced plans to audit children’s books and toys with a plan to ban them from kindergartens, schools and libraries if they don’t meet strict gender guidelines.
The Herald Sun reports that the local government's justice warriors were inspired by research from the Australian National University that showed children were influenced by gender stereotyping, and urged a ban on the terms 'boy' and 'girl'.
The research suggests educators should “minimise the extent to which gender is labelled” and avoid telling children what girls and boys should do.
Parents reacted angrily to the story on social media...

“This needs to stop. I’ve got a two-year-old daughter (yes I picked her gender based on what genitals she was born with) and she plays with cars, trains, tractors, Barbies, dolls and uses her imagination and pretends she’s cooking food or being a doctor...
Let’s just let kids be kids.”
Read more »
Posted by Angelo Agathangelou at 11:02 am No comments:

I Just Visited Iran, Here’s What I Heard About The U.S.

By Peter Van Buren: Iran is a dangerous place these days, at least in a car. Traffic in the cities here moves like Tetris, with drivers pushing their cars into any open space that will fit. Trips begin in chaos and play out in confusion. How it ends is always up to God’s will, everyone says.

I went to Iran this month to attend a conference on the Palestinians, Jerusalem, and the greater Middle East sponsored by an Iran-based nongovernment organization. On the sidelines of the meeting, I met with students at Mashhad University, Ferdowsi University, and at a woman’s educational institute, as well as with visiting scholars from Tehran.
Just before my trip the United States withdrew from the nuclear accord, and while I was in the northeastern city of Mashhad, officially moved the embassy in Israel to Jerusalem. These events were tracked in Iran as closely as World Cup scores, though absent celebration.
It was not hard to learn students’ opinions. “What does America want from us? To force us to negotiate? We did, we agreed, already, in 2015,” said one student in a reference to the year to nuclear agreement was signed. “Regime change – do Americans even know we vote for our government here?” said another. In answer to my query about Iranians having indeed overthrown one government 40 years ago, a grad student responded, “The Shah we overthrew, yes, but he was not selected by the Iranians, you installed him. 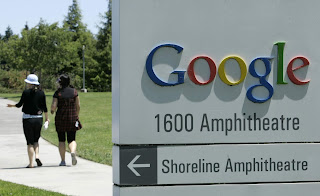 By Madison Breshears: What, if anything, do ballet and tech have in common? The obvious answer is that both fields show highly disproportionate gender distributions.
Less acknowledged but no less relevant is this uncomfortable commonality: Both are industries where it pays to be in the sexual minority. I know, because I was a ballet dancer for 16 years.
In the ballet world, men’s unfair advantage in hiring and casting is as widely understood and as rarely acknowledged as is the rampant anorexia. A less skilled male dancer is more likely to land a role or get a job than a female dancer of comparable skill. Due to the scarcity of men, the hurdles to a professional career are distinctly lower than they are for most women.
Anyone who says something similar about women in the tech industry does so at their own peril. It is assumed and unquestioned that pervasive sexism and systematic discrimination against women are to blame for their underrepresentation. But then, how did a field like tech, once dominated by nerds regularly bullied by their more athletic and popular peers, suddenly become replete with toxic masculinity?
The answer? It didn’t.

Cassie Jaye: The Red Pill: Raw Files consists of never-before-seen footage from the making of The Red Pill documentary. This footage is being released for educational purposes, to inspire discussion and debate on gender issues.
Posted by Angelo Agathangelou at 4:06 am No comments: 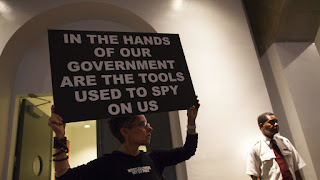 RT: The NSA has tripled its surveillance of Americans’ phone chatter, collecting over 534mn phone call records and text messages last year, despite pressure for more restrictions and transparency, a new official report has revealed.
Over the course of 2017, the National Security Agency (NSA) collected some 534,396,285 call detail records (CDRs), representing a dramatic increase over the previous year when, the agency gathered details of 151,230,968 calls, according to the report released by the Office of the Director of National Intelligence (ODNI).
A call detail record contains various attributes of the call, such as the source number, destination number, and the call duration, but does not include the “content of any communication, the name, address, or financial information of a subscriber or customer, or cell site location or global positioning system information,” the report states. The data is collected under the Foreign Intelligence Surveillance Act (FISA).
The report also noted that the NSA collected records from some 129,080 'non-US persons' which is a rather minor increase from 106,469 records collected the year before, under FISA Section 702. The highly controversial Section 702 does not require that an individual surveilled be a suspected terrorist, spy or foreign agent, nor does it demand judicial approval to target someone. Information gleaned by such data collection can be kept for years and may be used for purposes that do not have to be related to national security.

Read more »
Posted by Angelo Agathangelou at 1:00 am No comments: