The Jewish State Attack On The USS Liberty

'If 51 years ago Israel had such power over the US government that the White House itself refused to protect an American ship from Israeli attack and then covered up the attack in order to give Israel a free pass, just imagine how much more control Israel has achieved over the US government in the past half century.'
By Dr. Paul Craig Roberts: Fifty-one years ago today Israeli fighter aircraft and torpedo boats tried to sink the USS Liberty, a surveillance ship stationed off the coast of Egypt during Israel’s attack on Egypt and Syria. Israel was unable to sink the USS Liberty, but did manage to kill or wound almost the entire crew. Thirty-four Americans were killed and 174 were wounded.
There are two explanations for the attack. As Washington has blocked every attempt at an investigation, we do not know which one is correct. Perhaps both are the reasons for the attack.
One is that Israel, which was committing a war crime by mass execution of Egyptian prisoners of war, was fearful that the USS Liberty’s surveillance had discovered the crime. The other is that Israel fearing an unfavorable outcome of the war that Israel had initiated intended to blame the attack on the USS Liberty on Egypt, thus bringing the US into the war on Israel’s side.
I have written about this attack a number of times, having interiewed sailors and officers on board during the attack, an officer, Captain Ward Boston, who was ordered to produce a cover-up, and Admiral Tom Moorer, former Chief of Naval Operations and Chairman of the US Joint Chiefs of Staff.

Read more »
Posted by Angelo Agathangelou at 9:39 pm No comments:
Email ThisBlogThis!Share to TwitterShare to FacebookShare to Pinterest

Men Are Good!: Our boys are under attack. They are being judged as toxic, privileged and who knows what else. This is happening simply because they were born male. This is insanity.

Read more »
Posted by Angelo Agathangelou at 7:22 pm No comments:
Email ThisBlogThis!Share to TwitterShare to FacebookShare to Pinterest

Interview With Dr. Paul Craig Roberts: All Those Who Challenge The Ruling Ideology, Are Called Facists

'Here were the feminists helping the United States destroy the person who was opposed to the austerity policies that were forcing women into prostitution.'
Herland Report: We had the privilege of a sit down with Dr. Paul Craig Roberts, discussing why free speech is being shut down in America. Dr. Roberts is one of the leading political economists in the USA, awarded by the Treasury Department for “his outstanding contributions to the formulation of United States economic policy.”  He is also the chairman of the Institute for Political Economy, a former Wall Street Journal editor and an author of many books. Dr. Roberts states: 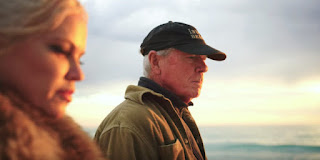 It is a pity that free speech is becoming associated with Fascism. Because what free speech does is it lets you say something that challenges the ruling ideology. And they don’t want it challenged. So, to protect the ideology from challenge, they call the people telling the truth Fascists.
That lets them tell their lies. That’s the way it works. It is really what political correctness boils down to. They don’t care if their position is based in objective truth. For them, its an ideological thing, an emotional thing. And therefore, anything that challenges it, is wrong and evil. The favourite word for that is Fascism.

Read more »
Posted by Angelo Agathangelou at 4:12 pm No comments:
Email ThisBlogThis!Share to TwitterShare to FacebookShare to Pinterest

The Political Significance Of LSD: What You're Not Being Told

Authored by Vikram Zutshi: The shifts in consciousness brought about by psychedelics could help to dissolve our fear of 'the other'...
“Microdosing” on psychedelic substances like LSD - ingesting just enough to heighten cognitive faculties, enhance creativity, improve concentration and alleviate depression - is currently back in vogue among people not normally associated with anything remotely ‘countercultural’ in the USA.
The term psychedelic was coined in 1958 by British psychiatrist Humphrey Osmond and is derived from the Greek words psyche ("soul, mind") and delein("to manifest"), hence "soul-manifesting," the implication being that psychedelics can access the soul and develop unused potentials in the human mind. It’s a contention that’s gaining increased acceptance in mainstream universities.

Read more »
Posted by Angelo Agathangelou at 11:50 am No comments:
Email ThisBlogThis!Share to TwitterShare to FacebookShare to Pinterest

"Once you've been targeted by the feminist mob they will monitor you for multiple years to prevent you from working in the field of your profession and then when you go get a job far below your skill level like driving Uber or working in a kitchen they will contact the company you work for re-accuse you and deprive you of that job too."
Said johntheother.
Posted by Angelo Agathangelou at 9:36 am No comments:
Email ThisBlogThis!Share to TwitterShare to FacebookShare to Pinterest

I’m not the only one of course. The financial crisis of 2008/09 similarly shattered the worldview of tens, if not hundreds of millions of people across the globe. I believe that the old manner of doing things as far as organizing an economy and society died for good during that crisis and its aftermath. Sure it’s been shadily and undemocratically propped up ever since, and we haven’t yet transitioned to what’s next, but for all intents and purposes it’s dead. It’s dead because it has no credibility. – From last year’s post: The Generational Wheels Are Turning 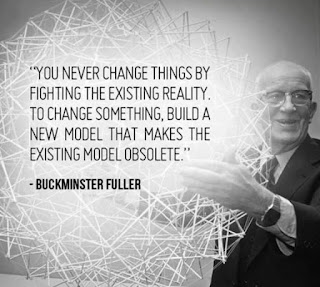 Michael Krieger: Hard work is fundamental to our continued existence and advancement as a species. I would never devalue the importance of hard work, particularly when combined with intense passion and drive, which leads to extraordinary technological progress and soaring artistic creations. Nevertheless, my ears perk up whenever I hear an older person lecture millennials about how they need to work more just to have a reasonable chance at a retirement compared to generations that came became before.

Read more »
Posted by Angelo Agathangelou at 6:51 am No comments:
Email ThisBlogThis!Share to TwitterShare to FacebookShare to Pinterest

Lee Camp shows us how under President Trump, the U.S. is dropping an average of 121 bombs … a day. Naomi Karavani explains a new study on local newspaper closures leading to increased government corruption. Natalie McGill reports that “surgery centers,” often owned by doctors who trade patient safety for big bucks, now outnumber hospitals in the U.S.
Posted by Angelo Agathangelou at 3:10 am No comments:
Email ThisBlogThis!Share to TwitterShare to FacebookShare to Pinterest

“British School Boys To Wear A Dress To School As Part Of Their Uniform For Fuck's Sake!”

Reverend Simon Sideways: British school boys to wear a dress to school as part of their uniform because we have not emasculated the young British males enough!
Posted by Angelo Agathangelou at 12:57 am No comments:
Email ThisBlogThis!Share to TwitterShare to FacebookShare to Pinterest
Newer Posts Older Posts Home
Subscribe to: Posts (Atom)