Dear President Aoun,
Although many people deny it, we live in a society where misandry is common. Even as I write this my editor underlines the word misandry, indicating an unknown term. When I write misogyny this does not occur. The term misandry is increasingly appearing in dictionaries though, with Merriam-Webster describing it simply as a hatred of men while Oxford Living Dictionaries describes it as a Dislike of, contempt for, or ingrained prejudice against men (i.e. the male sex). 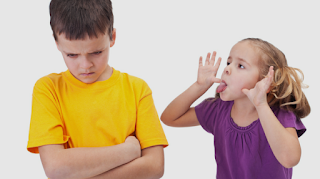 I wish to bring to your attention an article written by Professor Suzanna Danuta Walters recently. A preamble to the article states Suzanna Danuta Walters, a professor of sociology and director of the Women’s, Gender, and Sexuality Studies Program at Northeastern University, is the editor of the gender studies journal Signs. An archived copy of the article can be seen here.
This article is not a satirical piece. Ms Walters mentions a variety of topics to justify her advocacy of man-hating including arguing that sexual violence is something men do to women and invoking the alleged gender wage gap.
This letter is not intended to be a critique of Ms Walters’ article but it is worth noting some problems with her claims.

Read more »
Posted by Angelo Agathangelou at 9:32 pm No comments: Links to this post

Jackboots Of Gyncentrism In The Thrush And The Nightingale

Nightingale, you say what you will,
you say that women shall have me killed —
to Hell one that would!
{ Nighttingale, thou seist thine wille,
Thou seist that wimmen shulen me spille—
Datheit wo hit wolde! }

By Author Douglas Galbi: In the thirteenth-century poem The Thrush and the Nightingale, two birds debate women in relation to men. Their debate isn’t about whether men should allocate more of their resources toward reducing violence against women or toward increasing the number of women business leaders. The nightingale praises women for helping men and bringing them joy. The thrush disparages women for betraying men and hurting them. Both those positions can hardly be expressed in current public discussion. That’s not surprising. The Thrush and the Nightingale includes a figure of the jackboots of gyncentrism. With far more men imprisoned today than during the Middle Ages, freedom of express is now much more limited.
The nightingale depicts all women as wonderful and strong, but not in an independent way. He declares:


It’s shameful to malign the fair!
They’re courteous and debonair;
be still, I counsel you.

Read more »
Posted by Angelo Agathangelou at 4:16 pm No comments: Links to this post

By Michael Snyder: Many were hoping that once Barack Obama was out of office we would see less of this Big Brother surveillance nonsense, but instead it seems to be getting even worse.  In fact, the Department of Homeland Security has just announced that it intends to compile a comprehensive list of hundreds of thousands of “journalists, editors, correspondents, social media influencers, bloggers etc.”, and collect any “information that could be relevant” about them.

So if you have a website, an important blog or you are just very active on social media, the Department of Homeland Security is going to put you on a list and will start collecting information about you.  The DHS has already announced that it will hire a contractor to aid in monitoring media coverage, and they will definitely need plenty of help because it is going to be a very big job…


As part of its “media monitoring,” the DHS seeks to track more than 290,000 global news sources as well as social media in over 100 languages, including Arabic, Chinese and Russian, for instant translation into English. The successful contracting company will have “24/7 access to a password protected, media influencer database, including journalists, editors, correspondents, social media influencers, bloggers etc.”

Net Neutrality Ends Today - What Does That Mean?

Jimmy Dore: Net Neutrality Ends Today. The ongoing battles at the state level can delay implementation but we need a permanent fix.
Posted by Angelo Agathangelou at 11:27 am No comments: Links to this post

Has Justin Trudeau Just Been Fucked By His Own Past? +

"One of Israel's newspapers reported bluntly, the war in Iraq was conceived by 25 neo-con-artists most of them Jewish."
IAK: Israel partisans in the Bush administration played a central role in pushing the U.S. into the disastrous Iraq war. The video gives specifics and cites the following resources:

Read more »
Posted by Angelo Agathangelou at 6:11 am No comments: Links to this post

If Americans Knew:
See what Jewish Israel has done now.
Absolutely despicable.
Posted by Angelo Agathangelou at 3:49 am No comments: Links to this post

This Is Feminist Policing

StudioBrule: In the wake of various high-profile sexual assault cases in Canada and the United States, feminist advocates have demanded that police and courts “believe survivors.” At least one Police Services Unit has publicly complied.
Posted by Angelo Agathangelou at 1:43 am No comments: Links to this post