Introduction by the Saker: I have always had a passion for theology in general and the studies of religions in general. Several years ago I discovered, quite by chance, a book written by Michael A. Hoffman II entitled Judaism’s Strange Gods which I found most interesting and thought provoking. Reading that book, I felt that I wanted to find out much more and I ended up ordering and reading Michael A. Hoffman II’s magnum opus Judaism Discovered: A Study of the Anti-Biblical Religion of Racism, Self-Worship, Superstition and Deceit which absolutely amazed me: over 1000 pages packed with information, sources and most interesting analyses. Needless to say, the book was also very controversial and elicited all sorts of negative reactions from various reviewers. Here I need to immediately begin by a disclaimer: while the topic of “Rabbinical Phariseism” (modern “Judaism” should be called something like “Rabbinical Phariseism” since all modern Judaic denomination are descendants of the sect of the Pharisees; furthermore, this religion is dramatically different from the religion of Abraham, Isaac and Jacob: it is the religion of Maimonides, Karo, Luria and others) has always fascinated me and while I do have a graduate degree in theology, I am absolutely not qualified to endorse or refute the views of Hoffman. What I can say is that his books are very well written, well researched, fully sourced and that I see no contradictions between what he wrote and the little I personally know about this topic.
Read more »
Posted by Angelo Agathangelou at 10:36 pm No comments: Links to this post

By Mark Dent: There’s a silly little game played by people when someone is going to deliver a speech. The bigger the occasion and audience, the funnier it is to the participants. It goes something like this: “I’ll bet you can’t use the word elephant in your speech.” The speaker may be talking about the economy, fashion, sport or ship building. There is always a gasp of delight from those in on the secret gag if the speaker manages to place the word somewhere and use it in a manner which raises no eyebrows.
Julia Gillard, former Prime Minister of Australia, must surely have been involved in a similar stunt a few weeks ago when she penned an article on suicide prevention in Australia. Gillard was recently appointed the Chair of Beyond Blue, an organization devoted to addressing the scourge of depression and suicide in our nation. 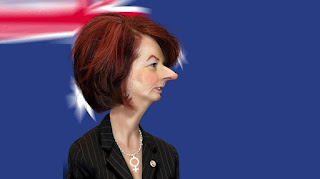 Now, her version of the game differed in one key aspect. The challenge set before her was an astonishing one, which few people would think anyone could possibly accomplish and yet she did it with aplomb. Julia had to write a detailed article about suicide in Australia without using the word men.
Challenges on a par with the difficulty of this one might be:

Blonde in the Belly of the Beast: Evolutionary traits suggest so! I used Sweden as a case study to examine the (formerly) baffling unholy alliance between feminists and Muslim migrants.

GlobalFaction:
Shadows Of is taken off the latest Album release ‘Troubled” by UK rapper Shakezpeare
Posted by Angelo Agathangelou at 11:13 am No comments: Links to this post

Raging Golden Eagle: They are strong and independent and can do everything a man can do, but BETTER, and while wearing heels and pregnant. Except work a normal 40 hour work week.

Read more »
Posted by Angelo Agathangelou at 7:47 am No comments: Links to this post 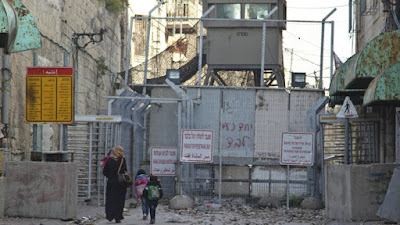 Hebron is unique among cities in the occupied West Bank due to the presence of about 800 Zionist land thieves living throughout the city, alongside double their number of Jewish death squads IDF who are predominantly based at military checkpoints, restricting the movement of at least 30,000 Palestinian inhabitants.
In Hebron, the most divided and arguably the most systemically discriminatory city in the region if not the planet, Jewish Israeli death forces have taken to the humiliating (and unnecessary) practise of strip-searching Palestinians.
From Ma’an News Agency: Jewish apartheid state death forces strip searched Palestinians as they were on their way to their homes in the Tel Rumeida neighbourhood of the Old City of Hebron in the southern occupied West Bank on Monday.
Local activists told Ma’an that Israeli death forces stationed at a checkpoint in the neighbourhood forced residents to remove some pieces of their clothing in a “provocative and humiliating way” before allowing them entry.
Read more »
Posted by Angelo Agathangelou at 5:32 am No comments: Links to this post

What You’re Not Being Told About Venezuela Crisis

What You’re Not Being Told About Venezuela Crisis with Abby Martin and Jimmy Dore.
Posted by Angelo Agathangelou at 3:03 am No comments: Links to this post

By Tyler Durden: Conspiracy theorists (and conspiracy factists) are running wild as infamously outspoken former Secret Service agent Gary Byrne has filed a Racketeer Influenced and Corrupt Organizations (RICO) suit against what some call the Democrat Deep State.
Defendants in the case include: 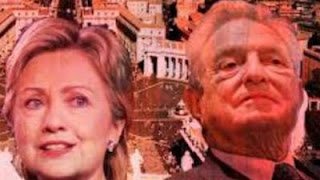 Quite a rogue's gallery.
Here's the summary of Byrne's case...