'A state that proclaims itself a democracy while insisting that the state belongs solely to a single ethnic nationalist settler group.' 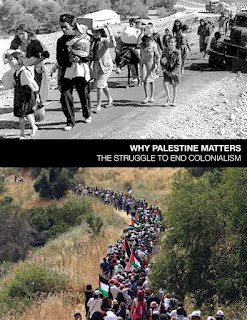 By Rod Such: Why Palestine Matters: The Struggle to End Colonialism, a new study guide distributed by the Israel/Palestine Mission Network of the Presbyterian Church (USA), represents a significant breakthrough for faith-based groups acting as advocates for Palestinian rights. The guide pinpoints settler colonialism as the underlying basis for Israeli apartheid while also advocating vigorously for an intersectional approach to unify struggles for human rights.
This is the third study guide related to human rights in Palestine published and issued by the Israel/Palestine Mission Network (IPMN) – the first being Steadfast Hope (revised edition 2011) and the second the aptly named Zionism Unsettled (2014).
The latter faced significant pushback from the liberal Zionist organization J Street for exposing the ideological roots of Israel’s human rights violations and led to the withdrawal of the publication from the church’s website. As IPMN notes, it speaks “to” and not “for” the Presbyterian Church.

US Senate Votes To Legalize Hemp After 80 Years Of Prohibition

Authored by Carey Wedler: On Thursday, the U.S. Senate approved a bill to legalize hemp, an industrial crop that has been banned for decades.
In April, Senators Mitch McConnell (R-KY), Rand Paul (R-KY), Ron Wyden (D-OR), and Jeff Merkley (D-OR) submitted a separate bill to legalize hemp, and those provisions were then incorporated into the broader farm bill. The Senate Committee on Agriculture, Nutrition and Forestry approved that version before the upper house of Congress voted to approve it this week by a margin of 86-11. The bill would legalize the cultivation, processing, and sale of hemp.


"Consumers across America buy hundreds of millions in retail products every year that contain hemp," McConnell said Thursday.
"But due to outdated federal regulations that do not sufficiently distinguish this industrial crop from its illicit cousin, American farmers have been mostly unable to meet that demand themselves. It's left consumers with little choice but to buy imported hemp products from foreign-produced hemp."

After Three Wars, Tens Of Thousands Of Palestinians Killed And Millions Of Refugees Inhuman Bastard Kushner Believes That The Palestinians Will Settle For Filthy Jewish Lucre
By Robert Fisk: Is there no humiliation left for the Palestinians? After Oslo, after the “two state solution”, after the years of Israeli occupation – of “Area A” and “Area C” to define which kind of occupation the Palestinians must live under – after the vast Jewish colonisation of land thieved from its Arab owners, after the mass killings of Gaza, and Trump’s decision that Jerusalem, all of Jerusalem, must be the capital of Israel, are the Palestinians going to be asked to settle for cash and a miserable village? Is there no shame left? 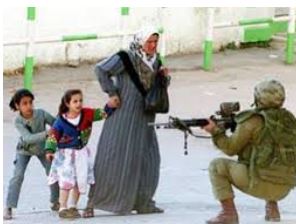 For the Palestinians are soon to be awarded the “ultimate deal” – “ultimate”, as in the last, definitive, terminal, conclusive, no-more-cards-to-play, cash-in-your-chips, go-for-broke, take-it-or-leave-it, to-hell-with-you, cease-and-desist, endgame “deal”. A pitiful village as a capital, no end to colonisation, no security, no army, no independent borders, no unity – in return for a huge amount of money, billions of dollars and euros, millions of pounds, zillions of dinars and shekels and spondulix and filthy lucre, the real “moolah”.
Read more »
Posted by Angelo Agathangelou at 3:28 am No comments: Links to this post