Dr. Ron Paul: Dr. Bob Sears has been put on "medical probation" in California for writing out an exemption letter for a mother who said her child had an adverse reaction to a vaccine. His career may be ruined because he listened to a parent rather than state-mandates vaccine schedules. He does not oppose vaccines, but believes there should be some flexibility in scheduling. Do we have a right to refuse medical treatments?
Posted by Angelo Agathangelou at 10:31 pm No comments:

: FEBRUARY 2018 – LEBANESE MEDIA, AL AKHBAR RELEASED LEAKED DIPLOMATIC EMAIL FROM BRITISH EMBASSY IN WASHINGTON – DETAILING 5 POINT PLAN TO “DISINTEGRATE” SYRIA.
https://defence.pk/pdf/threads/syriel... Part of that document concerned objectives to split Russia away from Syria: "The French representative - Jérôme Bonnafont - posed the problem of a possible participation of Bashar al-Assad in future elections. David Satterfield responded that "the goal was to create conditions and institutions that would allow elections that Assad could not win." Satterfield added that "there is no flagrant reason" to prevent Assad from being a candidate.

Max and Stacy discuss ‘unacceptable’ audit work from KPMG as yet another company collapses soon after the auditor blessed their books. In the second half, Max interviews Pierre Jovanovic of Quotidien.com about possible new EU legislation targeting alternative media.
Posted by Angelo Agathangelou at 2:30 pm No comments:

"I found out Jewish doctors are influencing policy
and became disturbed by that."
Bonobo3D: Laurie Evans is a Jewish woman with a son. In this interview she describes a fateful meeting with Dr. Robert Mendelsohn, author of "How to Raise a Healthy Child...In Spite of Your Doctor."

HoneyBadgerRadio: The USA is now number ten in the top worst countries for women thanks to the #MeToo movement, American men are so horrible to their women, maybe Sharia law will save us? Also, a woman uses a machete to force a man to have sex with her, but it's not rape!

Read more »
Posted by Angelo Agathangelou at 5:15 am No comments:

'Did no one at Human Rights Watch, the Global Fund For Women, the Nobel Women's Initiative, Promundo, Amnesty International, Women’s Centre for Legal Aid and Counseling, or others take the time to read Davis's CV?' 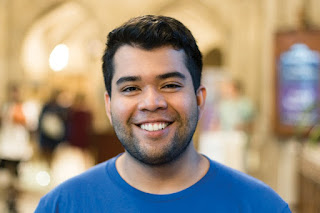 Disobedient Media: UPDATE: 7/1/18: Shortly after publication, it came to our attention that the Campaign to Stop Rape and Gender Violence in Conflict had incorrectly referred to Joel Davis as a volunteer coordinator, when in fact he served as the Director of the Campaign. This article has been updated to reflect that change.
Disobedient Media recently reported on the arrest of Joel Davis, Executive Director of Youth to End Sexual Violence and former Director of the Campaign to Stop Rape and Gender Violence in Conflict, who was arrested on charges related to child pornography as well as an attempt to arrange the rape of a nine-year-old and two-year-old.
In the wake of our initial report, astounding questions have been raised about Davis's history as well as that of the organization he founded. Disobedient Media has learned that Davis, 22, is a two-time college drop out, (from both American University and Columbia University) and was pursuing a third attempt at completing his undergraduate degree at the time of his arrest.
Upon examination, it appears that Youth to End Sexual Violence (Davis's NGO) is no longer a registered 501c charity. Records show that the 501c status of Youth to End Sexual Violence was revoked in May 2017 due to the group failing to submit relevant tax forms for three consecutive years.

Read more »
Posted by Angelo Agathangelou at 12:13 am No comments: